Breaking News
Home / Health / Ebola: How to prevent the spread of a disease

Ebola: How to prevent the spread of a disease 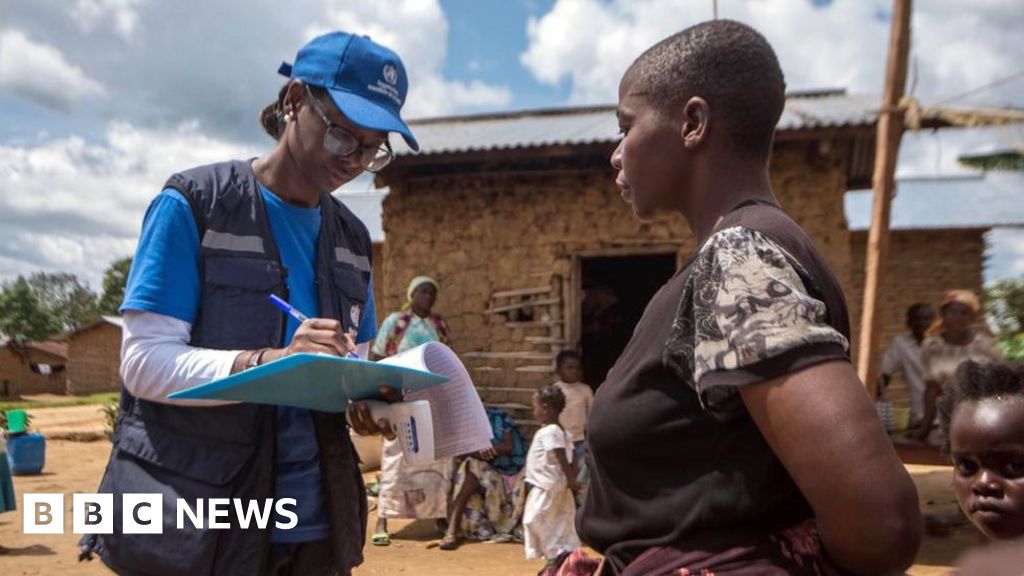 For health workers on the front line of the fight against Ebola, time means everything.

Earlier this month, following an outbreak, the World Health Organization (WHO) declared an international health emergency in the Democratic Republic of Congo (DR Congo) of Ebola. The second-deadliest Ebola epidemic in history has so far killed more than 1

,600 people, and the number is increasing.

Haitian doctor Marie Roseline Darnycka Belizaire helps advance WHO's efforts to fight the disease in the Democratic Republic of the Congo, where additional challenges arise These include armed conflict, difficult terrain and widespread fear and mistrust.

This is Marie Roseline talking about the process of trying to stem Ebola.

Step One: The First Case

A case of Ebola is an epidemic. If there is a suspicion that someone has the virus, we need to quickly get samples to check and confirm.

The symptoms are very, very similar to many other diseases, such as malaria. It can start with abdominal pain, headache, sore throat, fever. After two days, these symptoms get worse and others can be exposed. For example, you may have diarrhea, you may also have a higher fever. After five to seven days, hemorrhagic symptoms may occur. When we get into the final stages of the symptoms, we have a very pronounced asthenia when the person becomes very weak.

Ebola patients look like any person who is ill. If you are very used to seeing people with Ebola, you can distinguish an Ebola patient with the most severe symptoms. It's like someone who is very ill and has a lot of pain in their body. He looks at you with a bit of fear, a little bit afraid of dying. We found people who fled and hid to die.

We have set up a so-called monitoring system. Members of the community go between houses to see if anyone is ill. If this is the case, this person will be referred to a health center where the health care professional will need to refer the person to the Ebola team if the symptoms match those of Ebola. At this time we receive a notification.

To distinguish a case from Ebola, we have to do a sample. If we suspect a case, only a laboratory can tell if it is present or not.

The subject is then taken to an Ebola treatment center for collection and analysis of the sample. During this time the patient is mentally cared for. This is important because it is a deadly disease that can kill several family members at the same time, where people are often stigmatized and some believe they have Ebola because they did something wrong.

If the sample is positive, we now know that it is an Ebola case. At this point, we put all the pillars of our response plan into action.

Ebola does not kill you spontaneously, it's time to get help.

After the patient has been informed of a positive outcome, the team will go to the family to inform them and provide psychological support.

At the Ebola Treatment Center, we ensure that every treatment is available to the patient. We do some lab analysis to see if the kidneys are OK, if the heart is OK. Once we have reviewed all of the person's biological functions, the treatment committee meets and decides which option is best available.

We are sometimes called for a church death. In this case, we arrange a safe and dignified burial.

Once the psychological support is in place and the family accepts the result and understands what it means, our surveillance team will go deeper. We initiated an investigation when we validated the case as we suspected.

We do what we call "mapping". The purpose of the mapping is to show where and with whom this person was, not only in the time since the onset of symptoms, but also 21 days earlier.

How many people are affected depends entirely on the person's movements.

Sometimes we realize that families are the main contacts, but we also find friends who visit them, and in the community we find neighbors who visited them after they heard that person was ill in their house , If the person was in the hospital, it means that all of the fellow patients are also contacts, the staff in that hospital who dealt with the person are also contacts and people who have visited patients in the same room as the confirmed case contacts , You can understand how difficult it is to list all these contacts in order to identify and find them.

Once we have identified each direct contact individually, we will track every 21 days. While we monitor them, we also offer them vaccinations.

We also offer vaccinations for contact persons. These are people who had contact with someone who was in direct contact with the confirmed case. Contacts from contacts of contacts are also offered vaccines.

We call these groups the first, second and third generation of contacts. There are an average number of contacts between 50 and 150 people who help us with the search.

We had a case in which 356 contacts arose because he was a singer. Everything depends on the assignment of the person.

Vaccination is offered to all first, second and third generation contacts, but the vaccine is not compulsory.

Before we offer them the vaccine, we explain why we suggest it and why it would be good for them to take it. We also tell them what will happen to them when they take it because there are some symptoms they may have later. After all, they decide if they want it.

If you decide not to take the vaccine, we try to convince you. But in the end, it's a personal decision.

It's not usually that difficult to make people take the vaccine, but sometimes we have problems.

The vaccine was invaluable to those who wanted to take it.

We do not vaccinate everyone in the country as the vaccine is still being studied Now available vaccines are not enough, and by vaccinating the third contact ring, we can do what we call a community immunization anyway. This means that the entire population does not need the vaccine.

We work in very remote places, so sometimes we carry the vaccine on our heads. We had a team that had to walk to one place for more than five hours because no cars, no motorcycles could get there, so they had to walk.

In very remote places in the forest we can also have insecurity because there are armed groups operating there.

Sometimes you think you can not survive. One of our colleagues was killed and there are also people in the community who have been killed in their homes because they are working together to respond to us.

We also support neighboring countries with their preparedness and response plan.

If someone – a contact – is transferred to another location, we quickly contact the other country. We have contacts who have traveled to Uganda, but we quickly informed Uganda and these contacts have been identified and have returned to the Democratic Republic of the Congo.

So far, the WHO has recommended not to close the borders. We should strengthen the border controls, the controls at the entry point – that is the recommendation.

If someone is sick at the entry points and tries to get to another country, they can track him down.

To declare that an epidemic is over, we have to have 42 days without any case. Forty-two days are twice as long as the incubation period.

After the Ebola has been declared over, we start with a monitoring phase. These are 90 days in which the team is still in use. We train local people to try to make the system sustainable. We also actively search the community to find cases that somehow hid.

After an outbreak, we want to help local health systems become more reliable.

This interview was edited for reasons of length and clarity.