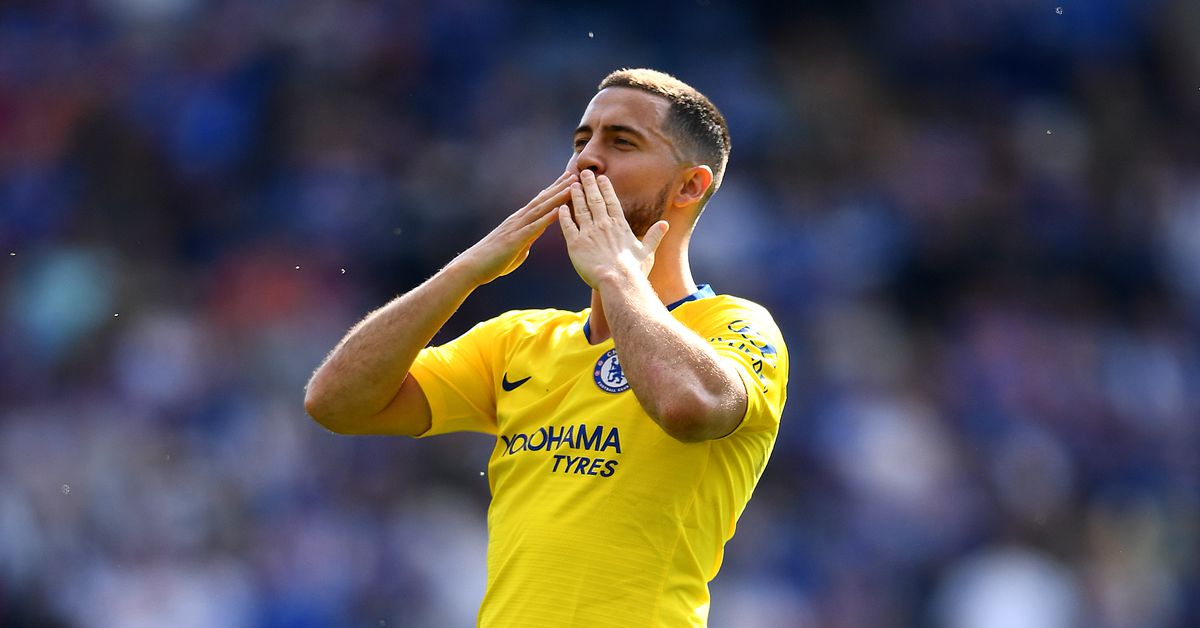 Eden Hazard has always said that if he ever left Chelsea, he would do so to a great extent. To win a European final, the first he ever played for Chelsea after missing out on the Europa League final in 2013, would certainly qualify him.

"That would be good. That would be a nice last trophy. I just want to win the cup, that's it. It does not matter if I meet or not. If it's my last game, I hope to get the trophy.

"It's a European competition, for me, for the club, for the coach, for the fans it's something important. If you play a final, it does not matter if you want to win the Champions League, the Europa League or the League Cup, you just want to take the trophy home and celebrate it. "

Hazard readily admits that despite their Premier League lead (1

5) and combined goals and assists (31), it was not his best season at Chelsea, but winning the second-largest European trophy would be a lot effect." to compensate for (relative) disappointment in the league and in the League Cup final.

"As for goals and assists, this was the best. A good season for me is not if I have scored 40 goals. I want to win something at the end of the season. I do not think it's my best season to be fair. I do not just look at statistics. I think I can improve.

"I think my best was when we won the first league (2014/15) under Jose. The way I played for myself was the best. I was more consistent. "

In an interview conducted by all major outlets, including the Telegraph and the Guardian, Hazard even struck a reflection chord as he looked back over the years to 2012 and all he accomplished during his interview time in the SW6.

"I had the opportunity to sign for Man United, Man City, Tottenham, but I think I made the right decision. My agent spoke to Arsenal at the time, but not like Chelsea.

"I talked to the owner, (Roberto) Di Matteo and we talked about everything. I had (Didier) Drogba on the phone and Joe Cole told me this was the best club. I was a little scared when I left Didier and if you have Didier in the team, you will surely win a cup.

"But in the end I played with top players, and if you look at my seven years with Chelsea, then we did something amazing together. We won trophies together and I'm just happy. "

"Of course I can [these distractions] aside. How long have you known me, boys? You know how I am. I just made it during a full season and I played reasonably well.

"So I stay in this mode and just think about football. After the final we will see what happens. "