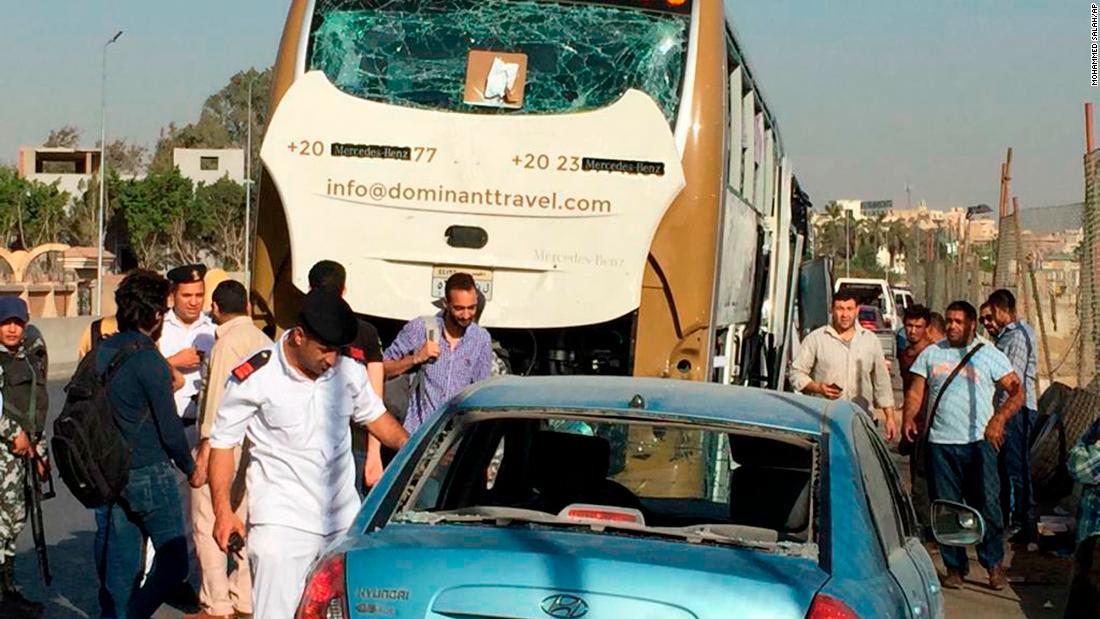 One device exploded near the bus, Ahram reported while the windshield of another vehicle was damaged. The explosion took place in front of the still-to-be-opened Grand Egyptian Museum near the Pyramids of Giza.

Egypt's Tourism Minister Rania A. Al Mashat called it a "small explosion" in a Twitter post . "Of the 28 passengers on the bus, we can confirm a few minor injuries, with three treated as a precaution in the hospital," she wrote.

The South African government issued a statement on Sunday stating that the Minister for International Relations and Cooperation, Lindiwe Sisulu, had been informed of the incident, said statement. "The 24-hour operations center has been activated, and South Africa's Ambassador Vusi Mavimbela and his team in Egypt are working with authorities, including hospitals, to check the information."

but it did not look like it exploded, "said Mona Zeidan, an eyewitness to CNN.

" These were all minor injuries and nothing serious, "Zeidan told CNN

"Security has inspected the bus," she added.

An officer at the nearby Al Haram Hospital told CNN they would receive the injured tourists.

9659006] In December, three Vietnamese tourists and an Egyptian tour guide were killed when a roadside bomb hit a tourist bus in the Giza area, killing at least 11 people.