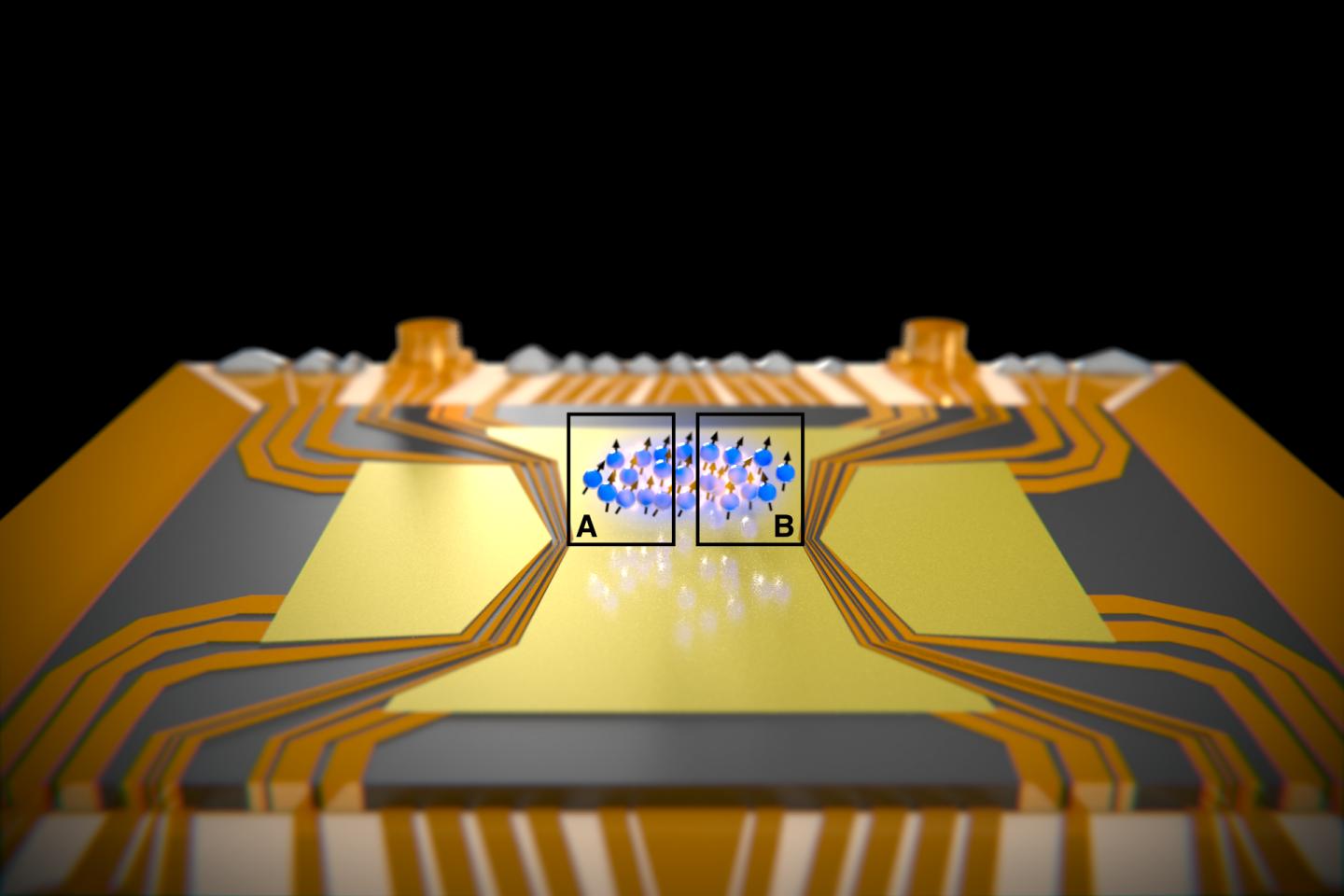 Physicists at the University of Basel have first observed the quantum-mechanical Einstein-Podolsky-Rosen paradox in a system of several hundred interacting atoms. The phenomenon goes back to a famous thought experiment from 1935. It allows accurate measurement results and could be used in new types of electromagnetic field imaging and imaging techniques. The results were recently published in the journal Science

How exactly can we predict the results of measurements on a physical system? In the world of tiny particles, governed by the laws of quantum physics, there is a fundamental limit to the accuracy of such predictions. This limit is expressed by the Heisenberg uncertainty principle, which states that it is impossible, for example, simultaneously to predict the measurements of the position and momentum of a particle or two components of a spin with arbitrary accuracy.

A Paradoxical Decline in Uncertainty

935, Albert Einstein, Boris Podolsky and Nathan Rosen published a famous work in which they showed that accurate predictions may theoretically be possible. For this purpose, they considered two systems, A and B, in a so-called "entangled" state in which their properties are strongly correlated.

First Observation in a Many-Particle System

In the past, experiments have used light or single atoms to study the EPR paradox, which takes its initials from the scientists who discovered it , Now a team of physicists headed by Professor Philipp Treutlein from the Institute of Physics of the University of Basel and the Swiss Nanoscience Institute (SNI) has successfully observed the EPR paradox for the first time using a many-body system of several hundred interacting atoms

The experiment used lasers to form atoms to cool down to a few billionth of a degree above absolute zero. At these temperatures, the atoms behave completely according to the laws of quantum mechanics and form a so-called Bose-Einstein condensate – a state of matter that Einstein predicted in 1925 in another pioneering work. In this ultracold cloud, the atoms collide constantly, causing their spins to catch.

The researchers then took measurements of the spin in spatially separated areas of the condensate. Using high-resolution imaging, they were able to directly measure the spin correlations between the individual regions while simultaneously locating the atoms in precisely defined positions. With their experiment, researchers were able to use measurements in a particular region to predict results for another region.

"The results of the measurements in the two regions were so strongly correlated that they demonstrated the EPR paradox." says graduate student Matteo Fadel, lead author of the study. "It is fascinating to observe such a fundamental phenomenon of quantum physics in ever larger systems, and at the same time our experiments connect two of Einstein's most important works."

On the Way to Quantum Technology

Scientists are already speculating about possible applications for their discovery through their basic research. For example, the correlations that are at the heart of the EPR paradox could be used to enhance atomic and electromagnetic field imaging techniques. The development of such quantum sensors is a goal of the National Research Center Quantum Science and Technology (NFS QSIT), in which the research team is actively involved.