Breaking News
Home / US / "Epsom salt in an open wound:" A soldier was killed in a crash on I-94 near Libertyville. He is the second policeman on this street

"Epsom salt in an open wound:" A soldier was killed in a crash on I-94 near Libertyville. He is the second policeman on this street 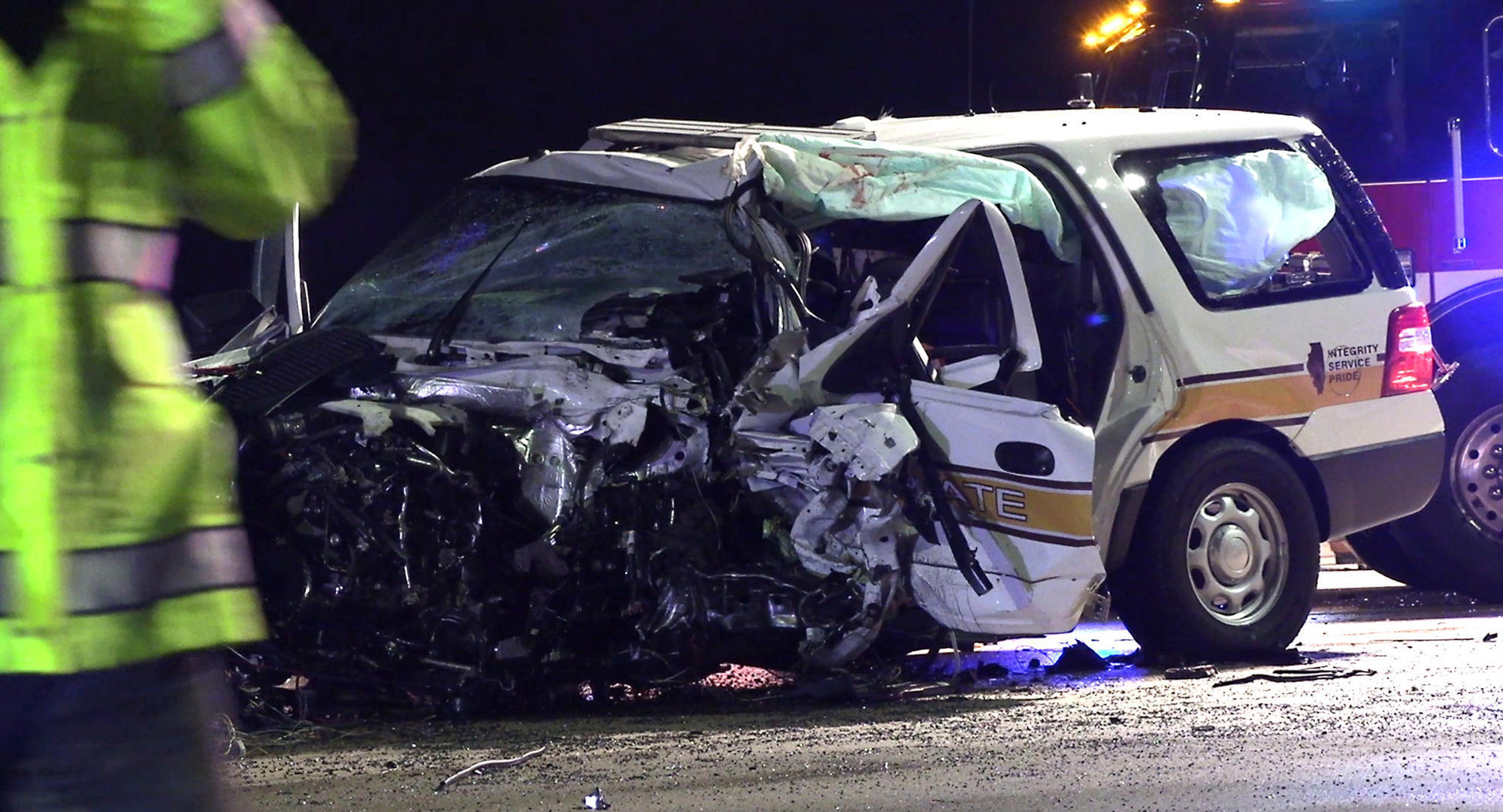 An Illinois employee was killed on Saturday morning by a gunman who hit his vehicle on Interstate 94 in the west-facing streets, following a dismissal from the Illinois State Police. 19659002 The 36-year-old Ellis was in company cars in his company car, which drove home on I-94 near mile after 16.75 in Green Oaks, as a fake driver who drove west on the westbound lane, Ellis with the Head met. 19659002] Ellis was taken to hospital with life-threatening injuries. He was declared dead at 4:04 am according to the release.

Ellis was on duty driving his patrol car home when his car was hit by a driver who was going the wrong way, according to Brendan Kelly, director of the Illinois State Police, who was in front of the office on Saturday morning before a press conference of Lake County Coroner in Waukegan spoke.

The wrong-wayman was also fatally injured and was the only person in the vehicle, Kelly said. [1

9659002] The investigation is ongoing and there is currently no information as to whether the driver has been affected.

"The state of Illinois police are doing the right thing and now we're getting too good," Kelly said. "This loss is bitter salt in an open wound."

"I ask everyone to look at the fragility of life every time they are behind the wheel of a vehicle," Kelly said. "How many of these tragedies do drivers have to do to make dangerous decisions behind the wheel?"

Kelly ended his statements with a moment of silence for Ellis.

He is the third member of the Illinois State Police to be assassinated on the state streets this year, and the second this week. The soldier Christopher Lambert and the soldier Brooke Jones story were both fatally hit when they were dragged to the side of the road.

The casualties occur in the midst of a sharp spike where drivers approached with switched emergency lights encounter patrol cars. The Jones-Story murder was the 15th such crash since the beginning of 2019. That's more than all ISP crashes for the years 2016, 2017, and 2018.

Jones story died on the sixth anniversary of Trooper James Sauter's death in 2013 was killed by a tractor-trailer when parked on I-294's shoulder near Northbrook.

More information can be found here.

Curfews are not enough to maintain peace with protests, coast-to-coast arrests