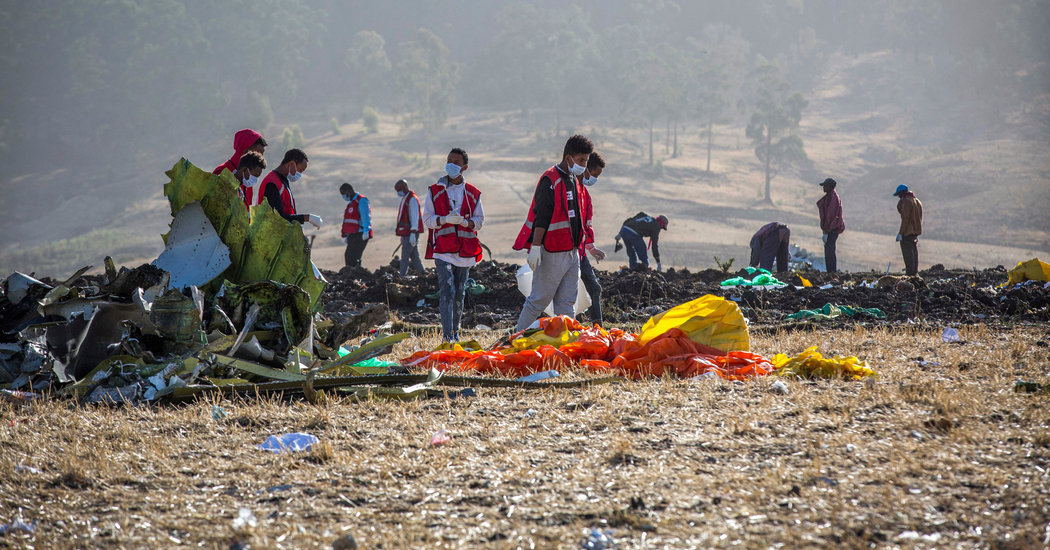 At a news conference on Thursday, Dagmawit Moges, Ethiopia's minister of transportation, said the flight crew had "performed all the procedures, repeatedly, provided by the manufacturer, but were not able to control the aircraft."

The report, which could change in the coming months when it's completed, does not rule out the potential for pilot error in the Ethiopian crash.

"They did not follow the Boeing procedures," said Hart Langer, a former Pan Am pilot and United Airlines executive.

"Had they done that, it would have cut off the MCAS input," he said.

When Boeing outlined the emergency process in November after the Lion Air disaster. However, the problems in the flight simulator have not been tested since the 737 Max.

The problems with the Ethiopian Airlines flight started almost immediately after takeoff, according to the report, amplifying the pressure for pilots to act. About two minutes after takeoff, a safety system warned, "Do not sink," multiple times.

A sensor that measures the angle at which the plane is flying began producing erroneous readings, suggesting that the plane was about to stall. There are two so-called angles of attack sensors on the plane, and the one on the left started giving readings is almost 60 degrees different from the one on the right. The faulty data activated the software that automatically pushed down the nose of the plane.