European elections 2019: Tories and Labor are punished for Brexit falsifications 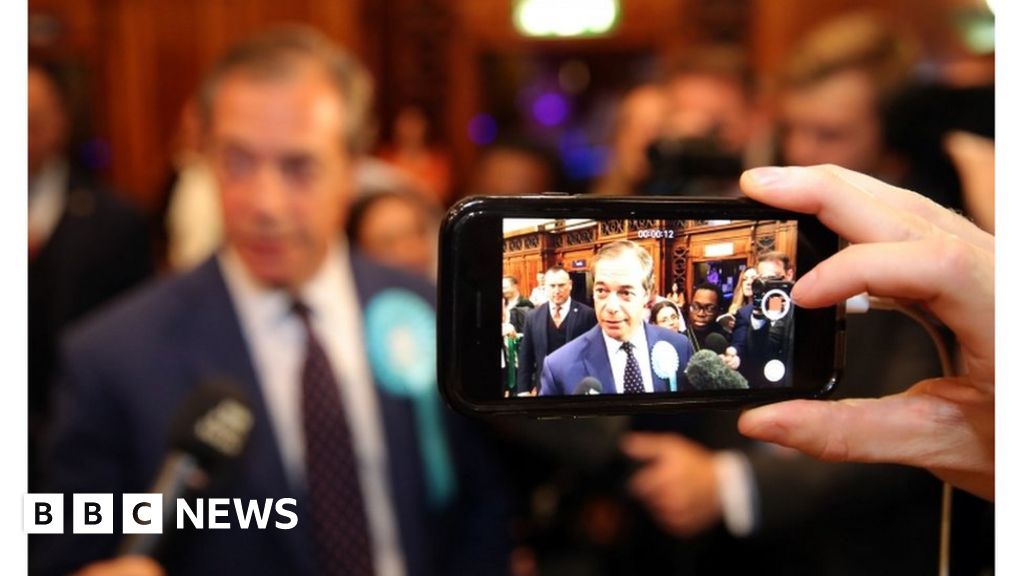 The committee has begun.

Were these results an overwhelming call for us to leave the EU at any cost? Or a sign, with a little intricate arithmetic, that the country now wants another referendum to stop the Brexit?

You know, the situation is not quite so black and white, whatever you hear about the meaning of these numbers in the next few hours.

The success of the Brexit party was considerable. She led the survey and successfully linked the legacy of Nigel Farage of UKIP. As a one-issue party, his new group is the single biggest winner.

But also the Liberal Democrats, the Greens, Plaid and the SNP ̵

1; all parties that support the opposite – were victorious.

Those who are clearly in favor of another referendum to press the brakes of Brexit will have a new self-confidence this morning, a force they will continue to champion.

While these two sides argue about the true meaning of this election, it is clear that the two largest parties were damaged by their various dislocations over Brexit, punished by the fiasco at Westminster and beaten by rivals who did so Clarity offered while trying to find differentiated ways.

The Tories' performance is historically awful. This is not just a little embarrassment or a hiccup. In these elections, the governing party was completely crushed.

And the fact that the main opposition has failed to make a mile out of the political turmoil of the Tories is also bad – with historic humiliations in Scotland and Wales for work.

The Labor Party, of course, is immediately pressured to speak out more clearly for another referendum to try to support Remain and support that part of her coalition. The associated dilemmas are still valid, although more and more high-ranking personalities in the party represent the case.

And with the success of the Brexit party, the Tories are pushing to leave the EU without an agreement, despite the potentially severe economic costs.

The Tory leadership competition in the wake of these findings runs the risk of turning into boastful rights over who can champion a tougher line at Brexit.

In these elections, our two main Westminster parties seem to have been punished for trying to paint grayscale when the referendum was chosen between black and white. And there is a chance that encourages both of them to give up the fight for the middle.

But that could put our policy on a course where half of the country will be unhappy no matter what. Nothing about these dramatic results outlines a simple path.