Explained: Can sugar cause cancer? 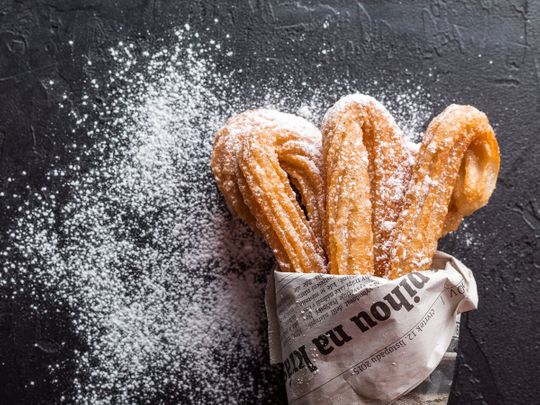 Diabetes has become a widespread disease in the UAE and around the world. And new studies now show that in addition to the known effects of diabetes, patients may be at higher risk for cancer.

Will you kill sugar?

1; diabetics or not. Governments everywhere, including the UAE, are taking policies – through taxes. A sugar tax passed by the UAE in October 2017 increased the cost of carbonated soft drinks such as Coca-Cola and Pepsi by 50 percent.

According to the International Diabetes Federation (IDF), in 2017, 17.3 percent of UAE's population between the ages of 20 and 79 has type 2 diabetes.

More than 1 million people are living with diabetes In the United Arab Emirates, the country ranks 15th worldwide in age-adjusted comparative prevalence.

Researchers have found that DNA suffers more damage and is repaired less frequently when blood sugar levels are high than normal blood sugar levels. "It has long been known that people with diabetes have a 2.5-fold increase Risk for certain cancers, "said John Termini of City of Hope, a study and treatment center for cancer and diabetes in the US.

These cancers include ovarian cancer, breast cancer, kidney cancer and others. But why people with type 1 or type 2 diabetes are at greater risk for these cancers has long been a mystery.

The new findings could be a possible explanation for this double stroke.

Termini wondered if elevated blood sugar levels in diabetes could damage the DNA and make the genome unstable, which could lead to cancer.

Termini and colleagues looked for a specific type of injury in the form of chemically modified DNA bases, called adducts, in tissue culture and rodent models of diabetes.

In fact, they found a DNA adduct called N2- (1-carboxyethyl) -2'-deoxyguanosine or CEdG, which was more common in diabetics than in normal cells or mice.

"Exposure to high glucose levels leads to both DNA adducts and suppression of their repair, which in combination could lead to instability of the genome and cancer," said Te rmini.

Termini and colleagues recently completed a clinical trial that measured CEdG levels and its counterpart to RNA (CEG) in people with type 2 diabetes.

As in mice, even in people with diabetes had significantly higher CEdG and CEG levels than people without the disease.

The results are expected to be presented at the National Meeting and Exposition of the American Chemical Society (ACS) in San Diego, California, beginning in August 25-29.

How much sugar do you consume?

As explained in our special report on the effects of sugar, we do not know how much sugar we want to have daily.

A UK estimate According to the US Department of Agriculture, an UAE resident consumes an average of 103 liters of soft drinks per annum in May 2018. An average adult consumes 3,000 calories per day here.

In addition, UAE is already one of the main consumers of sugar, and an average person takes 213 kg per year. This corresponds to 53,591 teaspoons per year or 146 teaspoons per person per day according to the same data.