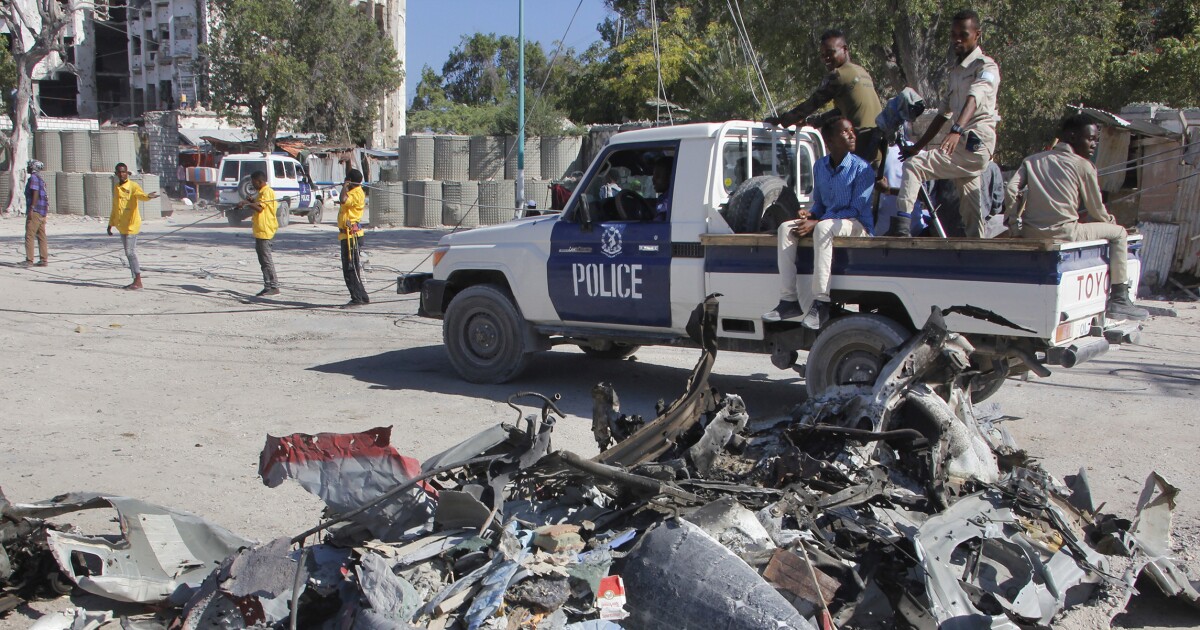 MOGADISHU, Somalia (AP) – Gunmen set off a suicide car bombing and then stormed a government building in Somalia's capital Saturday, killing at least five people including the country's deputy labor minister, police said. It was the latest attack by Islamic extremists in the troubled Horn of Africa nation.

After an hourslong gunbattle, Somalia's security forces took back the control of the building in Mogadishu on Saturday building that houses the ministries of labor and public works, police Capt. Mohamed Hussein told the Associated Press.

Saqar Ibrahim Abdalla, Somalia's deputy minister of labor and social affairs, was killed in his ground-floor office shortly after gunmen entered the building, he said.

Dozens of people were inside the building at the time since Saturday is a working day in Somalia. The building is not far from the headquarters of the Somali Intelligence Agency.

As the attack was unfolded, gunfire could have been heard from inside the building.

Al-Shabab, Africa's most active Islamic extremist group, has been fighting for years to take power and create an Islamic state in Somalia. It often carries out suicide bombings targeting public places, hotels and government offices while being pushed out of Mogadishu.

The African Union peacekeepers stationed in Mogadishu and elsewhere in the country have also helped Shabab fighters at bay.

The extremist group has carried out many deadly attacks in neighboring Kenya in retaliation on the country's deployment in 2011 of peacekeepers in Somalia.

The US military has carried out a number of deadly airstrikes in recent months against Shabab.