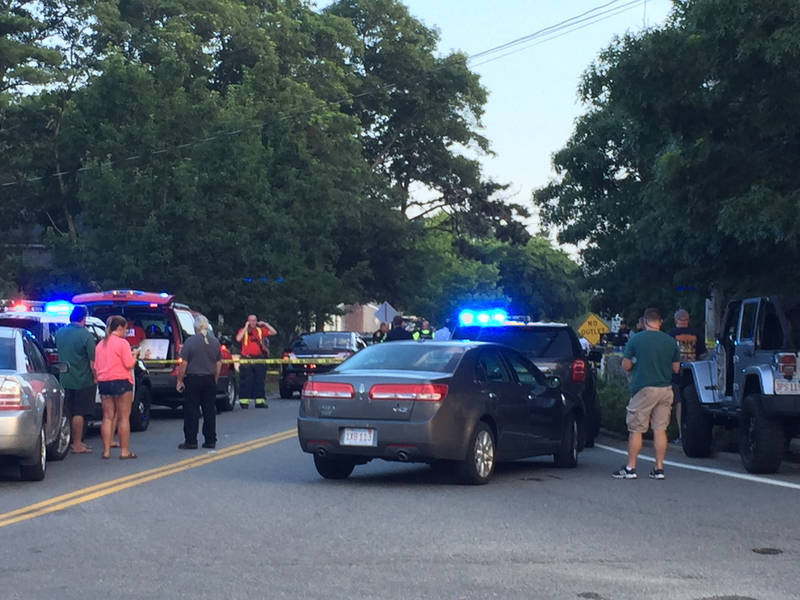 FALMOUTH, MA – Two police officers who responded to a 21-year-old man who broke bottles ended up in a shootout early Friday night, closing an East Falmouth neighborhood and forcing their breath out of a region where too many officers were killed were in duty this year.

It was expected that all three parties would survive, officials said.

"Nothing in police work is routine … no call is routine," said Falmouth Police Chief Edward Dunne.

Michael O'Keefe of Cape & Islands said an officer had been shot twice – once in the vest and once over the vest. This officer, who was still in the hospital, talked to his family, including his three children. The other officer was scratched by a bullet in the head. He was treated and discharged from the hospital.

The two officers have been in action for about five years.

The suspect was identified as 21

-year-old Malik Koval. He was shot several times and remained stationed in Boston.

The police responded to Ashley Drive around 5:25 pm. to a report of a man breaking bottles. Koval got upset when the police confronted him, took a gun from his house and fired at the officers, the authorities said.

Ashley Drive is located in East Falmouth in the Seacoast Shores area. People in the area were not allowed to be home on Friday night.

Boston 25 received the following photo from a neighbor. It is alleged that the suspect was taken into custody.

In April, Yarmouth police officer Sean Gannon was killed while serving a warrant. This happened just a few miles from Falmouth in the nearby Barnstable.

>>> Also: 2 Cops killed, Cape Cod Man allegedly says that Officer who pulled him should have it "get ahead"

Get the Falmouth Newsletter