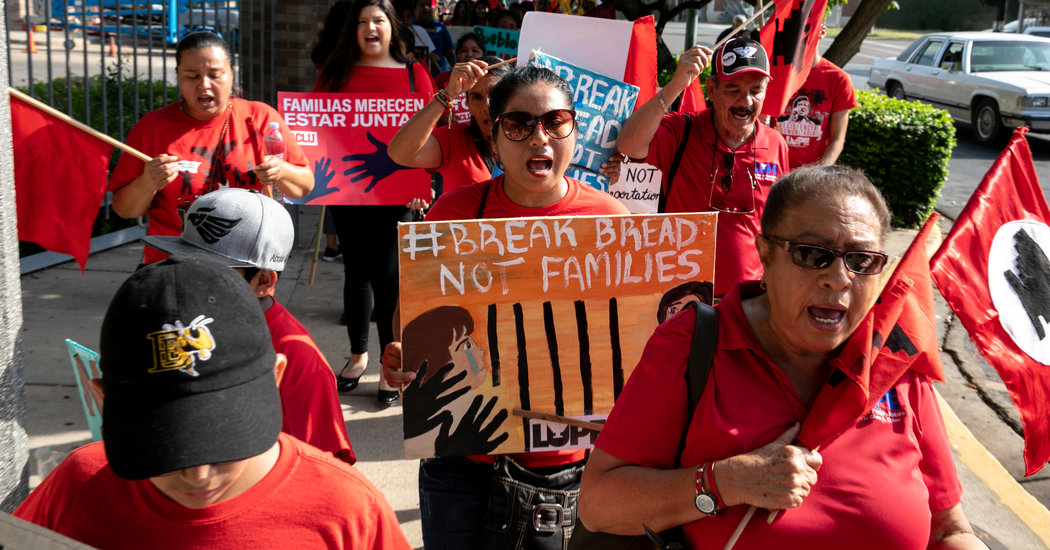 "They are completely cut off from the outside world," she said. "And the officials say they are free."

In some cases, parents recovering from their children were dismayed by what they found. At the airport in McAllen, a migrant mother posing as Roxana (23) was waiting with her son Eduardo, 9, who had just returned to New York. But the boy had a black eye and a heavy cough.

"They gave him back sick and beaten and traumatized," said Roxana.

Short-term logistics planning to meet the deadline seemed to have led to some mistakes. Some children were sent to the wrong facilities, according to a government official who had spoken on the condition of anonymity because they were not allowed to discuss reunification efforts.

Two siblings, 9 and 14, flew abruptly from New York on Tuesday. York is said to be reunited with her mother in the southwest – but her mother may have been deported, according to children's lawyer Priya Konings. On Wednesday, an agent was in "panic mode" to solve the situation.

The hours and days since reunification have created their own challenges, largely absorbed by aid agencies used by the government as emergency shelters and food and transport. While it is not typical for the government to support migrants after their release from federal interrogation, the dividing line has many families far from the border, where traditionally a network of shelter and volunteer organizations provides support.

Danielle Bernard, spokeswoman for the Lutheran Immigration and Refugee Service, one of two organizations working with the government on family reunification, said her group also felt the time crunching the court order

. Bernard said the organization's two offices coordinating efforts in Arizona and New Mexico would only have a few days to prepare for about 300 families – or at least 1,200 people in total.