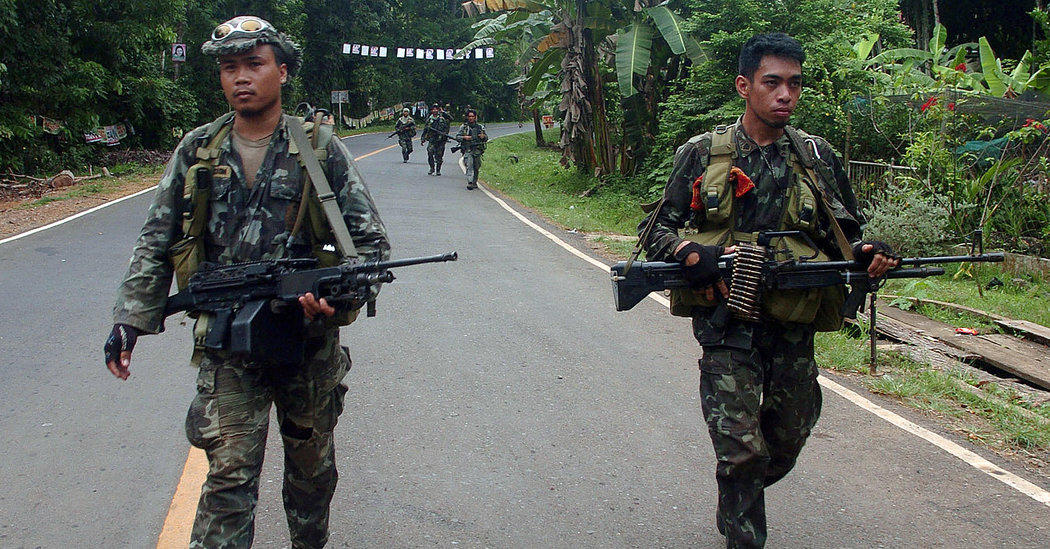 MANILA – Militants detonated a car bomb at a military checkpoint on the southern Philippine island of Basilan on Tuesday, killing at least ten people in a brazen attack that underscored the continuing insurgency of the southern insurgents.

The attack occurred when troops headed for a van at a roadblock in the direction of Lamitan City. When the driver could not answer questions, he apparently detonated the explosives, the military said.

The explosion immediately killed a soldier, three pro-government militiamen, and several civilians, the military said. Nine others, including five soldiers, were injured.

Lt. Col. Mon Aldomovar, commander of the area's 3rd Scout Ranger Battalion, said he suspected that the militant group Abu Sayyaf was behind the bombing.

"You are responsible for this incident," he said of the group. [196592002] Abu Sayyaf was founded in the 1990s as a separatist group and has in recent years become a criminal organization specializing in bombings and kidnappings.

In the last two years, the group beheaded a German citizen and two Canadian hostages their governments refused to negotiate ransom. The US government has declared the group a terrorist organization.

Isnilon Hapilon, one of her commanders, has pledged allegiance to the Islamic State, leading hundreds of fighters from Southeast Asia and the Middle East to take over Marawi, a town on the southern island of Mindanao, last year. The takeover resulted in a five-month siege, in which the group beheaded Christian residents and involved the military in the heavy street battles before Mr. Hapilon and other group leaders were killed.

Since then, the Philippine military is on high alert the South, roadblocks like those on Tuesday's attack.

"Our troops were alerted when they saw a suspicious-looking driver," Mr. Aldomovar said of the incident. "But when he was told to stop, and when our troops wanted to inspect the vehicle, it exploded suddenly."

The military received reports that Abu Sayyaf was planning to infiltrate the area and carry out bombing. Tuesday's attack was the deadliest in the southern Philippines in recent months and "is the first time we've encountered an IED in a four-wheeled vehicle," Mr. Aldomovar said, referring to improvised explosive devices.

"We do not know what the goal really was," he added. "It was prematurely detonated at our checkpoint when our staff prevented the vehicle from going to town."

Mr. The spokesman for Duterte, Harry Roque, vowed to "bring the perpetrators of this brazen attack to justice".