Fire after revolt in the Venezuelan police station leaves 68 dead 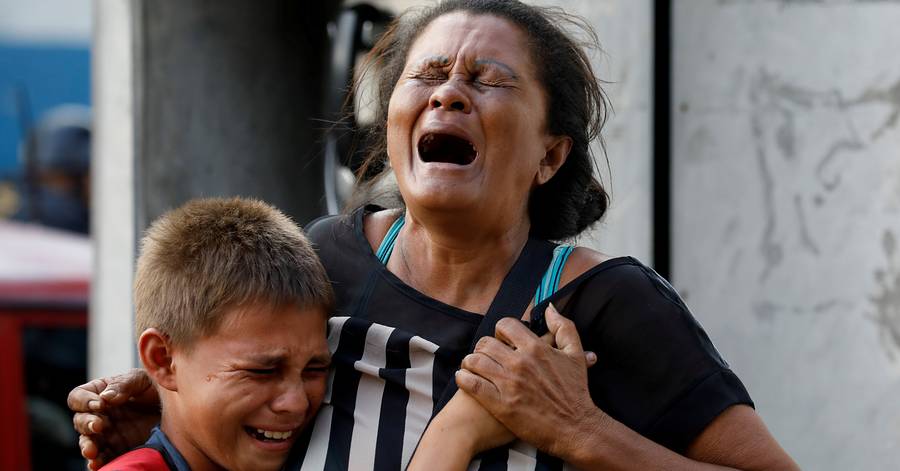 VALENCIA, Venezuela-Venezuela's chief prosecutor, reported late Wednesday that 68 people, almost all of them prisoners, were killed by a fire that broke out in a police station detained there after a riot of detainees.

Attorney General Tarek William Saab said on his official Twitter account that four prosecutors had been appointed to investigate what had happened at the police headquarters in Valencia, a city about 1

00 miles west of Caracas [19659-04] He told the dead two women who stayed overnight at the station, but he did not provide any further details.

Local authorities had previously only confirmed that there were deaths, and said they worked to determine an exact number. They said they did not provide estimates "out of respect for families."

Angry relatives gathered in front of the train station said that dozens of inmates had been detained in poor condition at the station, worried that their relatives were dead.

Dozens of men and women who wanted to know if their loved ones had survived collided with police officers in combat suits. The police used tear gas to disperse the crowd.

"I do not know if my son is dead or alive!" Exclaimed Aida Parra, who had seen her son the day before when she gave him food. "You did not tell me."

A window to freedom, a nonprofit group monitoring the conditions in Venezuelan prisons, said preliminary but unconfirmed information showed the incident started when an armed detainee shot an officer in the leg.

Shortly thereafter, a fire broke out, with flames growing rapidly as the fire spread to mattresses in the cells, it said. Rescuers apparently had to break a hole through a wall to free some of the prisoners.

Photos shared by the group showed that prisoners were pulled out on trunks and their limbs were frozen in uncomfortable positions.

A window Carlos Nieto Palma, the director of "Freedom" said the officials should be held accountable for not addressing the worsening conditions in the police station prisons.

The group said overcrowding has become commonplace across the country, as detainees are held long after the usual short holding periods before being sent to other larger prisons in court.

"It's serious and alarming," said Mr. Nieto Palma. "What happened in Carabobo today is a sign of that."

In front of the police station, some relatives buried their hands in their faces as tears ran down their cheeks. Others had to be stopped with the support of friends and family as they collapsed in despair. Still others wept softly and clasped their hands in prayer.

Nearby, National Guard troops wearing bullet-proof vests and carrying rifles over their backs went in and out of the station. Fire trucks and ambulances were outside, and unused stretcher wheels were leaning against a wall.

Opposition lawmaker Juan Miguel Matheus demanded that the pro-government leader of the Carabobo state inform relatives of what had happened.

"Relatives despair should not be played with," he said.

Clashes between prisoners and guards are not uncommon in Venezuela. Prisoners are often able to obtain weapons and drugs with the help of corrupt guards, and heavily armed groups control fiefs in cells.