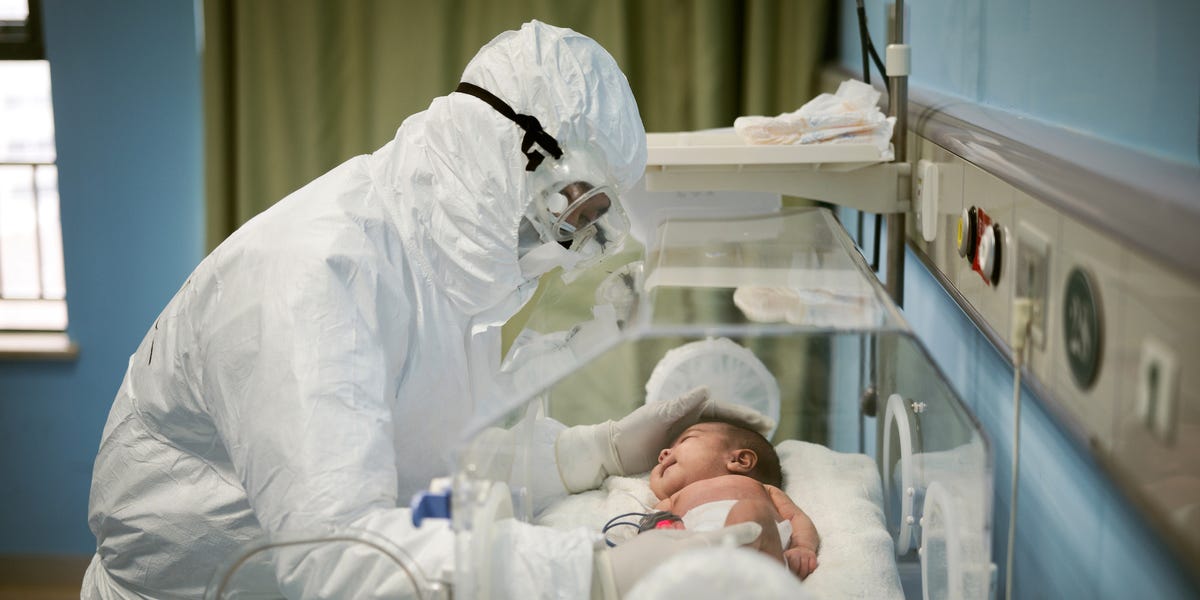 Doctors in France have reported that this is the first confirmed case of an unborn child infected with the coronavirus in the womb of its mother.

The case was the subject of a paper entitled “Transplacental Transmission of SARS-CoV-2 Infections,” which was published on Tuesday in the journal Nature Communications. Details of the paper were first reported by The Guardian.

So far, there has been little evidence that an unborn child could catch the coronavirus from the womb, but the authors of the paper from Antoine Béclère Hospital in Paris confirmed that “transplacental transmission of SARS-CoV-2” is possible.

They said a 23-year-old woman was hospitalized on March 24 with a fever and cough when she was pregnant with a boy for more than 35 weeks.

The mother tested positive for the coronavirus, gave birth through a caesarean section and the baby was immediately taken to the hospital’s intensive care unit.

The baby tested positive for the virus. He later recovered and was discharged from the hospital 18 days later, the doctors wrote.

Doctors said the baby’s brain showed signs of inflammation caused by the coronavirus that had placed the placenta in the baby’s bloodstream.

They ruled out the possibility of the baby catching the virus virally or bacterially after birth.

“The placenta showed signs of acute and chronic intervillous inflammation consistent with the severe systemic inflammatory status of the mother caused by SARS-CoV-2 infection,” the authors said.

Doctors pointed out that there have been similar cases in the past where babies were born with the coronavirus, but until now they have not been able to say definitively whether babies could get the virus in the womb.

A small study conducted on 31 women in Italy in March and April found evidence that unborn babies could catch the virus from their mothers.

Three other studies published in March had also found evidence that this was possible.

The doctors in France wrote: “We have shown that transplacental transmission of SARS-CoV-2 infection is possible in the last weeks of pregnancy.”

“Other cases of possible perinatal transmission have been described recently, but presented several untreated problems,” the authors said.

However, Daniele De Luca, the lead author and medical director of pediatrics at the Paris hospital, told The Guardian that such cases are very rare.

“Pregnant women should be reassured,” he said.

“Pregnancy is very controlled and if you have something like that it can be controlled. In most cases the baby will not be harmed.”

“There are many things we can do, but we cannot close our eyes and say that this will never happen.”

The long-term effects of the coronavirus on coronavirus-positive pregnant women and their unborn children are unknown.