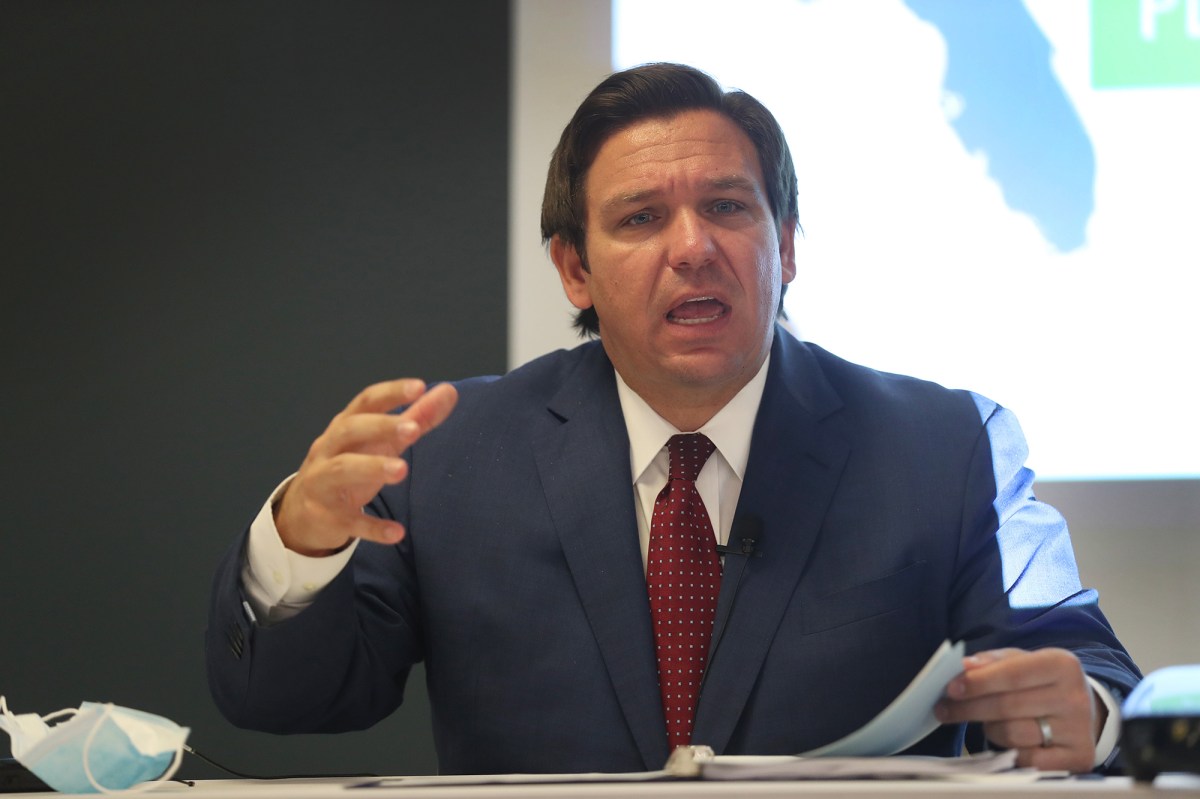 Florida reported 120 coronavirus-related deaths on Thursday, a record high for the Sunshine State since the pandemic began.

According to the Florida Department of Health released on Thursday, nearly 9,000 new cases have been added to the total of more than 232,718 confirmed infections in the state. Florida has had more than 4,000 confirmed virus-related deaths.

Florida hit a record high daily infection rate on Saturday with 11,458 reported cases, and over 63,000 new cases were confirmed last week, according to a local news agency.

Governor Ron DeSantis said earlier this week that he believed the state had “stabilized,” but he would like to see coronavirus numbers return to what they were in May and early June.

“There is no need to worry,”

; he added, despite the increasing number of positive tests.

Cases have risen sharply in other US states. In total, more than 3 million coronavirus cases have been confirmed and there are nearly 133,000 deaths.

DeSantis has repeatedly stated that he will not reintroduce the blocking measures and does not believe that mask mandates will help curb the spread of the virus.

The governor also said the increase in Florida cases is due to increased test capacities, confirming President Trump’s rejection of the rise in US COVID-19

“There were far more infections than documented cases,” DeSantis said Monday. “But it’s not really evidence that it happens more often.”

Health officials have said that the virus is accelerating and that infection rates do not increase strictly due to testing.

“In April and May, we processed 100,000 cases a day,” said World Health Organization (WHO) official Dr. Michael Ryan, during a press conference on Tuesday. “Today we’re dealing with 200,000 a day.”

“This epidemic is accelerating,” added Ryan.

Ryan also said that the global community should not be surprised when mortality rates rise rapidly, and noted the “lag time” it takes the coronavirus to run after the cases increased in June and early July.

“We have only really seen this rapid increase in cases over the past five to six weeks,” said Ryan. “So I don’t think it should be a surprise if the deaths increase again.”

Dr. Anthony Fauci, chief health officer of the White House Coronavirus Task Force, also warned this week that the U.S. has failed its first phase of coronavirus as cases continue to spread.

President Trump went to Twitter on Thursday to express his frustration with the ever increasing coronavirus numbers.

Like Trump, DeSantis is pushing for schools to reopen in the fall, raising concerns about an “educational gap” that he believes was caused by online learning.

“I want our children to be able to minimize what I think is the educational gap,” DeSantis said Thursday during a press conference in Jacksonville. “Despite good online efforts, it’s just not the same. So I’m worried about this gap. “

The DeSantis conference took place one day after the Palm Beach County School Board agreed that classes scheduled to start in August will be online for the 2020-2021 school year.

The final vote on whether classes in Palm Beach will be virtual or personal will or not, according to local news channel WPTV, will take place on July 15th.

DeSantis added that parents should be able to make the decision that their children will attend online courses if they are uncomfortable with taking courses in person.

“If a parent wants to choose virtual training, they should definitely be able to,” said DeSantis. “We shouldn’t force them to make any decisions.”