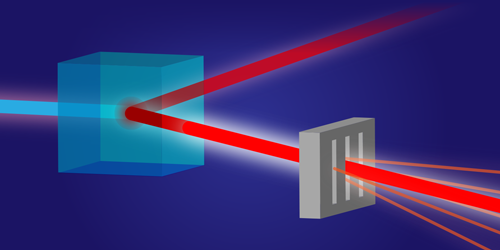 Quantum imaging exploits quantum enhancement at x-ray wavelengths. The researchers developed the first x-ray source that can generate a so-called quantum correlation between two photons-a long-distance, quantum mechanical relationship. The team uses the photon pairs to image a simple object. X-ray-based research, looking at how to study defects in materials or determining the structures of biomolecules.

Researchers have demonstrated several ways to harness the quantumness of light for better measurements. An important approach, known as quantum illumination [1]allows the imaging of an object with very few photons or in the presence of background light, smoke, or dust. The scheme usually involves two photons having a strong type of quantum correlation called entanglement, but weaker correlations can work as well. The first photon is at "ancillary" photon, which serves as a reference, and the second is a "signal" photon, which is imaged to the object to be imaged.

"Extending these ideas to x rays would have key advantages," says Sharon Shwartz of Bar-Ilan University in Israel. For instance, x rays can image with atomic resolution and can probe the structure of atomic nuclei, features inaccessible to experiments with visible light, he says.

To develop such a source, Shwartz and his team exploited a process known as parametric down-conversion, which is routinely used to generate entangled visible photons. In this process, one "pump" photon propagating in a crystal splits into two photons whose combined energy matches the pump photon's energy. Under appropriate conditions, the emitted photons are quantum correlated. The process, however, is very inefficient at x-ray wavelengths. High-energy x-ray sources, a beamline at the SPring-8 synchrotron in Japan.

Using parametric down-conversion in a diamond crystal the team converted the beamline's bright 22-keV photon beam into two much weaker beams, both with photon energies of around 11 keV. The two beams, which emerged at different angles from the crystal, were used as the ancillary and signal beams of a quantum illumination scheme. The researchers always arrived in sync with a signal photon, and their energy always added up to 22 keV. Sason Sofer says: "The perfect time-energy relationship 1-mm-wide slits-and compared with the obtained image with a similar number of non-correlated photons (about 100 photons for each point in the image). The correlated photons led to much sharper images, with greater contrast between the slits and the spaces between them.

A "technological breakthrough" is what Marco Genovese, a quantum optics expert at the National Institute for Metrology Research in Italy, calls the demonstration of a source of correlated x-ray photons. "This may be especially useful for imaging with a few photons in biological samples, which are easily damaged by x-ray radiation," he says. Shwartz therefore suggests using the technique to study exotic quantum phase transitions that can only be observed at ultralow temperatures.

A long-term goal of the project is to demonstrate that the photons are not only quantum correlated but fully entangled. To do that, the photons' arrival times would have to be measured with a precision of a few hundred attoseconds, which is beyond current technology. "But if you can do that, many approaches to noise-free imaging and quantum-enhanced metrology could reap the benefits of using X-ray photons," says Genovese.

This research is published in Physical Review X Matteo Rini is the Deputy Editor of Physics . 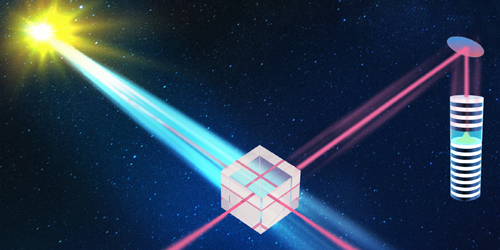 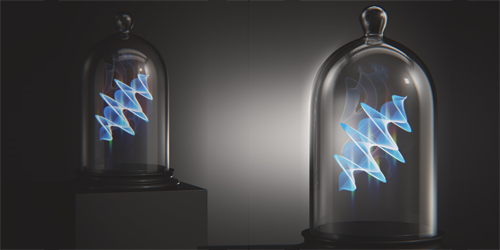