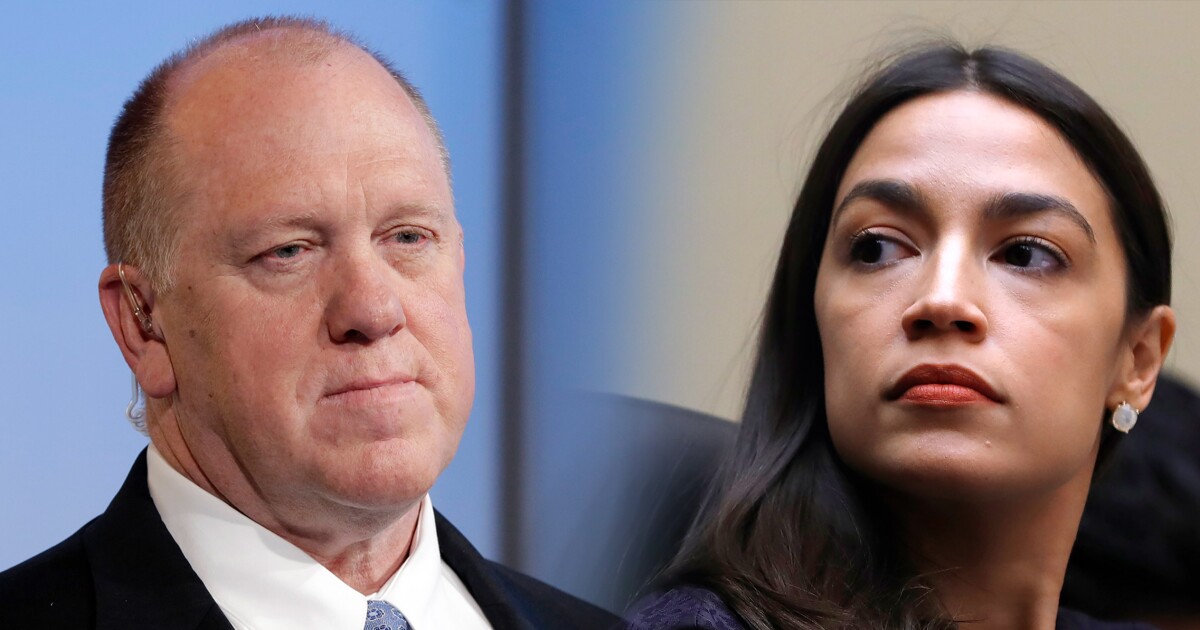 T Thomas Homan, the former Acting Director of Immigration and Customs Control, briefed MEP Alexandria Ocasio-Cortez during a hearing of the House Oversight Committee on the treatment of migrant families.

"I have recommended zero tolerance," he replied, referring to the Trump Administration's strict immigration policy that led to the separation of migrant families. "The same goes for parents with US nationals arrested with their child."

He added, "If I'm arrested for a DUI and have a small child in the car, I'll be separated."

The newly-elected congressman said asylum-seekers should not be arrested because the act of asylum seeker is not a crime. Homan snapped back and noticed that some asylum seekers illegally crossed the border instead of presenting themselves at the ports of entry. "If you want to seek asylum, go to a port of entry, do it in a legal way, the United States Attorney General has made that clear," he told Ocasio-Cortez.

Ocasio-Cortez said "OK" and moved on.

The exchange between the two was just one of several vivid moments during the hearing. At another point, Homan seemed to be targeting Ocasio-Cortez's claims about poor conditions in a migrant detention center near the border during a visit earlier this month.

"Those who attack the professional integrity of those who serve and make unfounded allegations against these men and women without evidence of guilt are wrong and should be ashamed," he said.

At another point in the hearing, Democrat Gerald Connolly from Virginia began screaming about the inhumane conditions at the border as he waved his hands in the air before composing himself to ask a question.