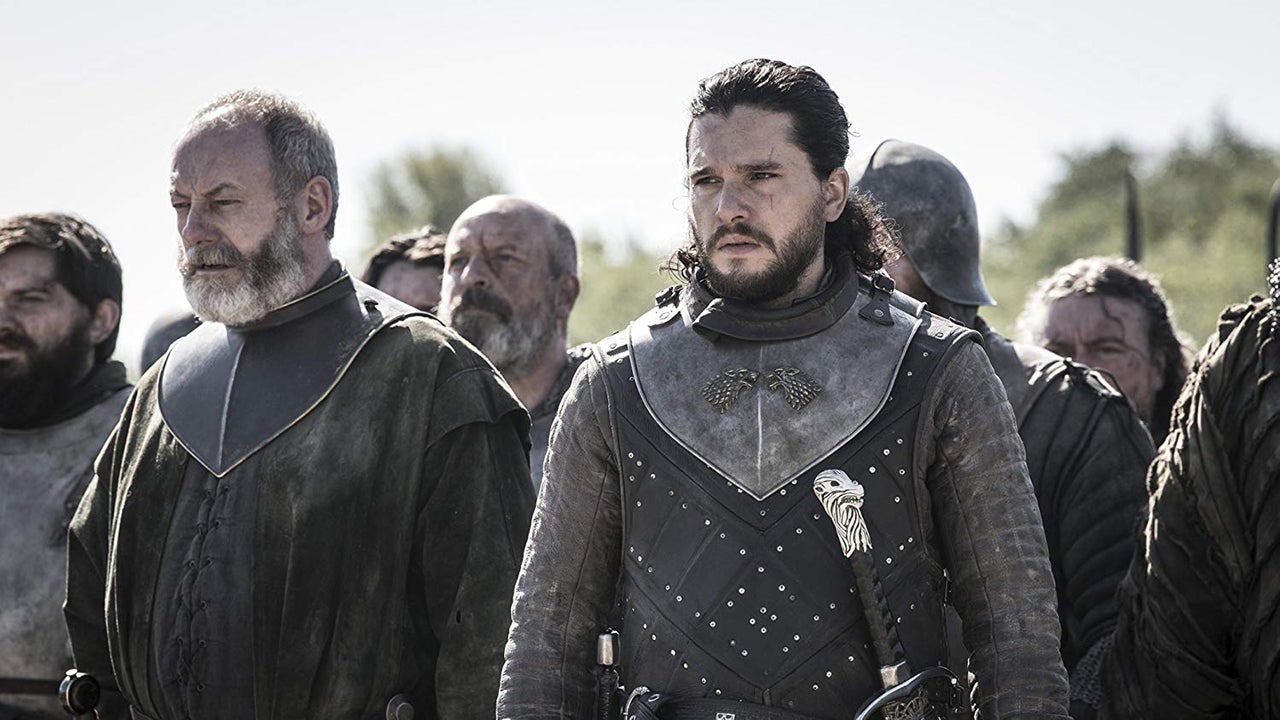 Kit Harington, Jon Snow of HBO's Game of Thrones, recently revealed some new details about his character and GoT's final season, whether Jon Snow left Westeros or not, and how Harington really felt he had not been selected to kill the night king. Harington talked to THR as one of many Emmy-nominated actors about his final scene, which happened to be the final scene of the show, and was asked how he "read" that last moment of him as head of Free Folk back into the real world North. "

" I loved it, "Harington said," When I read it, it really made me cry a bit. What really made me cry was written on the paper: "End of Game of Thrones ." Jon Snow, this character I loved for so many years and so close to me and that meant so much to me … when he saw him looking behind the wall, he was told again and again that he is something true, honest and pure with these people he belongs to – The Free Folk – it felt like that for me as if he were finally free. Instead of being chained and sent to the wall, it felt like he was free. It was a really sweet ending. Just as he had done it terrible thing [in killing Daenerys] as much as he had felt this pain, the real end for him was finally released.

He also talked about his reaction to finding out that Arya (Maisie Williams) would be the one who would finally kill the Night King (Vladimir Furdik).

"I was a bit angry just because I wanted to kill the Night King! I think I felt it had been like everyone else for a long time, and then I did not make it, "Harington confessed. " But I was so happy for Maisie and Arya. I said secretly, "I wanted to do that!" Mostly because I love to fight with Vlad, who also played the White Walker I fought in Hardhome. I have never seen a better swordsman. But it was a really great turn, and it kept Maisie's journey together in a really nice way. We've seen her build up those skills over the years to become that stubborn assassin, and she's using everything to kill our main enemy.

When Harington spoke of the Night King, he also scrounged rumors about fan theory that said Jon Snow was the one who shouted to Arya and encouraged her to kill the Night King.

"What, the big man goes and tells the little girl to go and [do it]? No thanks, "said Harington. That's crap. She did everything alone. It had nothing to do with Jon. "

He continues to discuss things like how his last scene with Daenerys took three weeks to film a" side and a half "of dialogue, importance and importance exploring the family and how painful it was to shoot scenes on the dragon.

For more information on Game of Thrones, see George RR Martin on how the final reaction of the TV series Winds of Winter has not changed

If you have a tip for us and to discuss a possible story, send an e-mail to newstips@ign.com

Adam Bankhurst is a news writer for IGN, who may or may not be the KING IN THE NORTH! You can follow him on Twitter @AdamBankhurst.