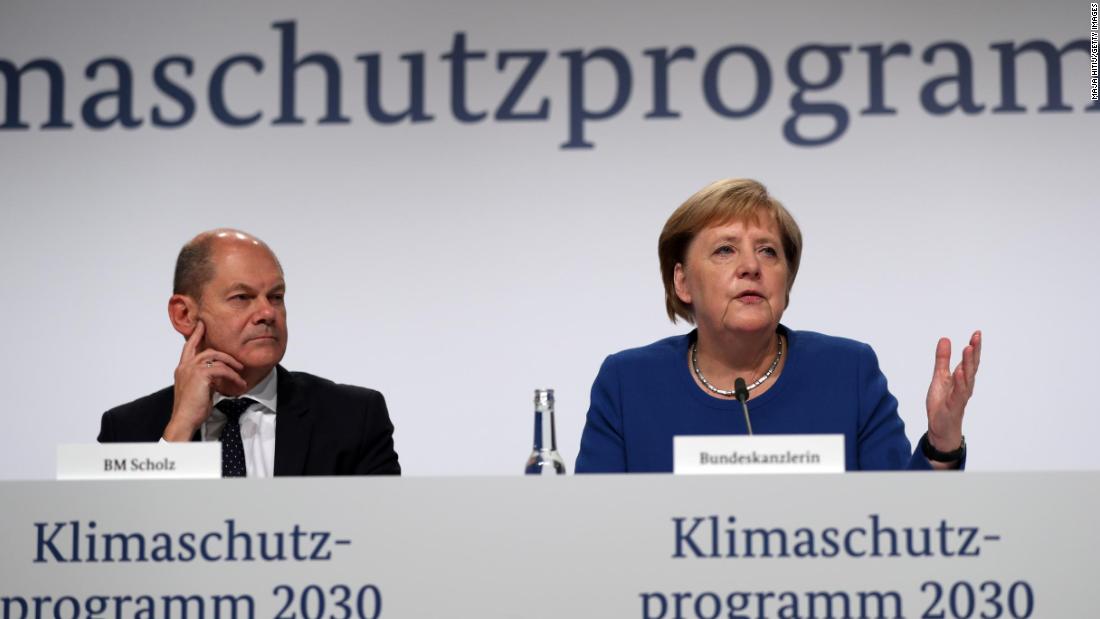 Chancellor Angela Merkel admitted at a press conference to present the plan that Germany had not achieved its original goal of reducing CO2 emissions by 40% by 2020 compared to 1990 levels. It is now targeting a 55% reduction by 2030, she said.

"We have to say with high probability that the goal we set for ourselves in 2007 will unfortunately not be achieved," Merkel said. "And that bothers me, that bothers many others."

The program will include subsidies for the replacement of oil central heating systems and a reduction in the VAT on train tickets to encourage more Germans to travel by train. Taxes on flights will increase and the introduction of a carbon price scheme will increase the cost of gasoline and diesel for drivers.

"I think this is a very powerful package that offers us many opportunities to stop climate change," said German Finance Minister Olaf Scholz. "And because we've set ourselves the goal of continuing to check where we stand this time, it's easier to achieve the goals."

The measures mean no additional government bonds, so that Germany can continue its policy of budgetary adjustment.

"I am deeply disappointed," said Annalena Bärbock, leader of the opposition Greens in Germany, on Twitter. "What the climate needed was fast, powerful, binding, and what we got was slow, weak and noncommittal."

Ottmar Edenhofer, Director of the Potsdam Institute for Climate Impact Research, described the federal government's plan as a "document of political disappointment". Emagazine.credit-suisse.com/app/art…1007 & lang = DE The CO2 price system is not aggressive enough to achieve the desired climate At the same time: the climate crisis and a looming recession that could weigh on the European economy.

With negative interest rates, the federal government can effectively borrow for free for decades.

Economists at the German bank Berenberg said earlier this week that green policy package would probably support demand in Germany.

"However, the German incentive will not be European, let alone a global pioneer," they added.

Claudia Otto in Berlin contributed to this article.