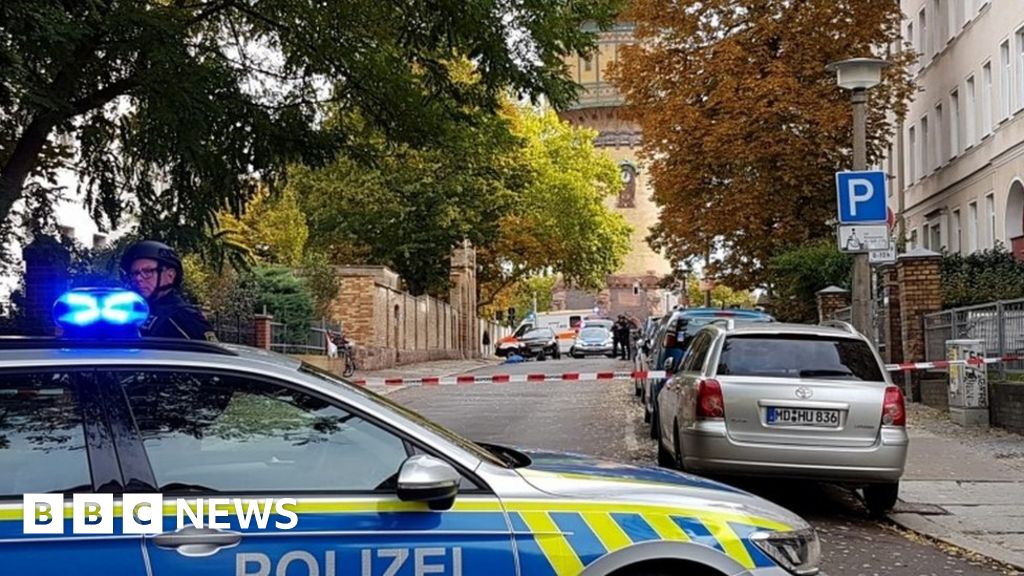 At least two people were killed in a shootout in the East German city of Halle, police said arrested, but other suspects reportedly fled in a vehicle.

A witness reported to the German news of n-tv that an armed man in camouflage with an assault rifle on a doner kebab shop opened fire.

"The man came up In the kebab store he threw something like a grenade that did not explode, and he opened the fire with an assault rifle, the man behind me must have died … I hid in the toilet", The witness told a television reporter nearby the scene.

German media report that shots were fired near a synagogue in Halle, but the details were not confirmed.

A witness stated that an attacker had thrown a gasoline bomb or grenade over a cemetery wall.

After an attack in Paul, the police warned the residents of Landsberg, 8 km northeast of the city, to remain vigilant.

It was not clear where the arrest took place. Police are still warning residents to stay in their homes.

Are you in the area? Did you experience what happened? If this is certain, send an e-mail to hasyoursay@bbc.co.uk .

Provide a phone number when you are ready to talk to a BBC journalist. You can also contact us as follows: