After the update for the Google Contacts app, a matching update for the "Phone" app has also been released for Pixel and other Google-powered phones , The story is the same, though the visual changes are less severe, as the old versions were already less colorful and the contact photos were a bit more dominant. There are no functional changes for the general public, but there is a remarkable change to the Favorites tab.

Disclaimer: Teardowns are based on evidence found in apks (Android application package) and are necessarily speculative and usually based on incomplete information. It is possible that the assumptions made here are incorrect or inaccurate. Even if predictions are correct, there is always the possibility that products may change or be canceled. Similar to rumors, nothing is sure until it is officially announced and published. 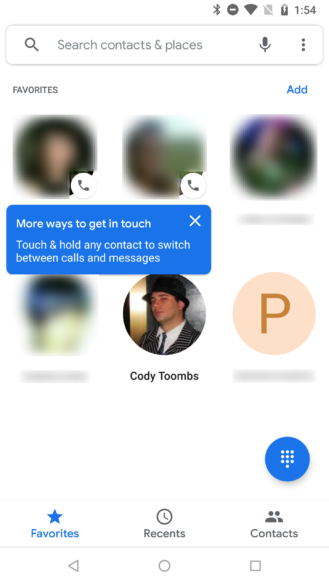 A partially redesigned Favorites tab is under development. The new look exchanges the large contact photos for smaller round photos. Since the photos take up less space, the list changes to a three-column arrangement.

Behaviors were also slightly changed. In the older format, long press on a contact allows you to change their position in the list, or drag them up in a space to remove them. In the new layout, long-press changes the order, but it also displays a menu with a few options, including a command to remove the contact from Favorites. There is a strange behavior in which contacts with multiple phone numbers have only two options in their menu, while contacts with only one number (marked with a phone card) have commands to call or start a message. 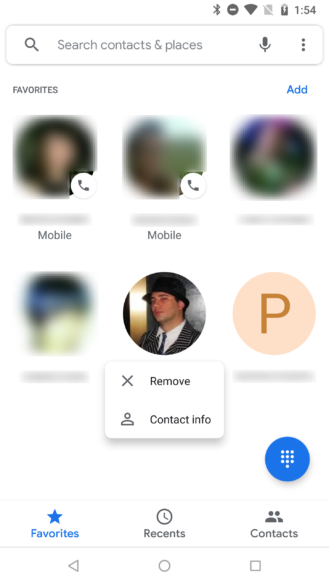 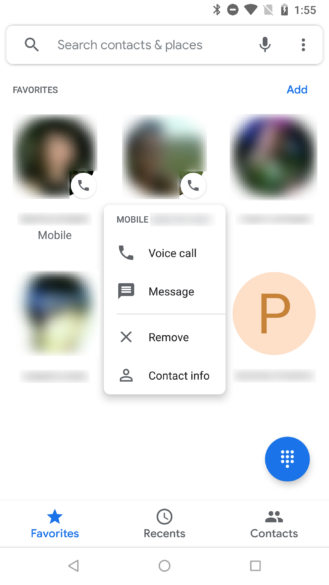 When you tap a contact with a single number, a call is immediately initiated. Multi-line contacts, even those with a standard number, will prompt you with a dialog which number you want to use. Of course, this behavior may change before Google outsourced this new layout.

You can now enable this version of the Favorites tab when your phone is rooted, and it probably works with the ADB backup / restore technique. A single flag called G__enable_new_favorites_tab needs to be changed to / shared_prefs / dialer_phenotype_flags. Change from "false" to "true" and force the dialer to close and restart. That's it. This variant of the Favorites tab has been in development since v23, but with this release, it's pretty close.