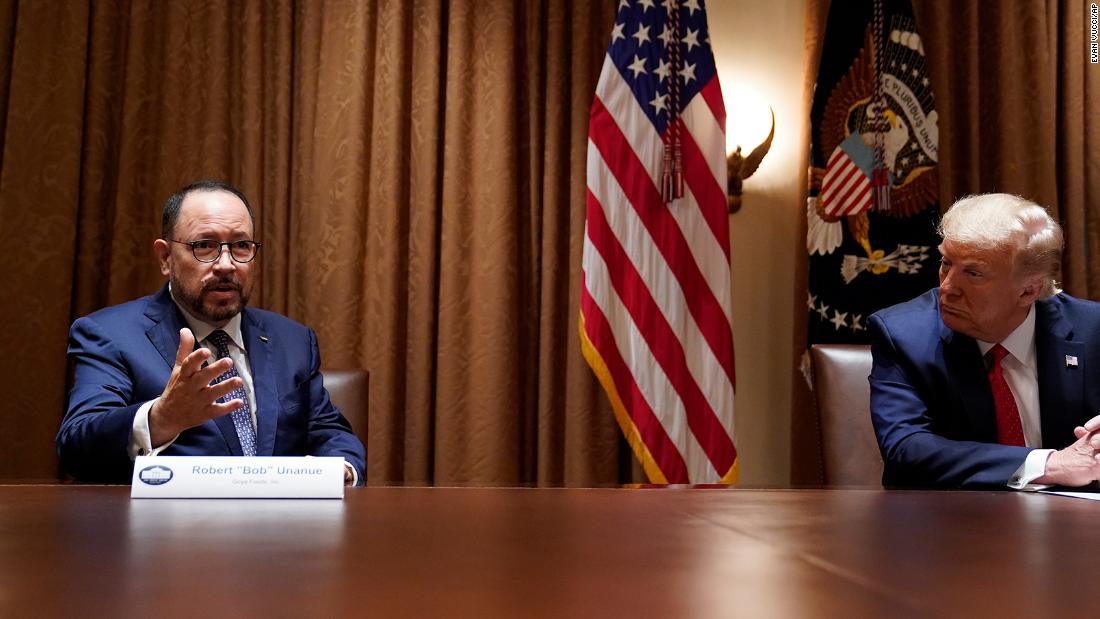 “We are all really blessed … to have a leader like President Trump who is a builder,” said Unanue during the speech in the rose garden. “We have an incredible builder and we pray. We pray for our leadership, our president.”

The fact that Unanue would connect with Trump was enough to upset some of America’s most prominent Hispanic leaders. Congresswoman Alexandria Ocasio-Cortez proposed in a tweet to boycott Goya.

In his brief comments, Unanue announced that Goya would donate 1 million cans of goya chickpeas and 1 million other food products to American food banks. He said the company wanted to help families affected by the coronavirus pandemic.

“We are very proud to give something back to this nation, the food banks that need some of this important food,” he said.

A Goya spokesman said the purpose of Unanue’s appearance in the White House was to announce the donation and support Trump’s initiative. Goya did not comment on the boycott calls.

Goya was founded in 1936 by Unanue’s grandfather, who had immigrated from Spain. It remains a privately owned family business.