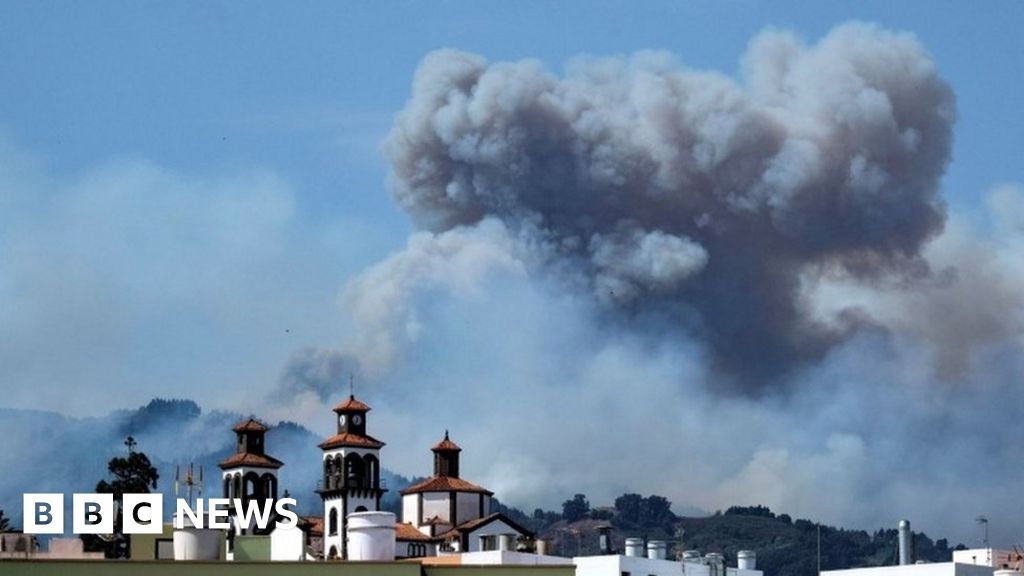 Around 4,000 people were evacuated when forest fires broke out on Gran Canaria in the Canary Islands.

The fire that broke out on Saturday breaks out on two fronts in a mountainous area of ​​the island.

Ten planes and helicopters and some 700 firefighters on the ground, including 200 from the military, fight the flames.

Efforts to combat fires are hindered by high temperatures, high winds and low humidity, according to the authorities.

"The fire is neither contained nor stabilized or controlled," said Canarian Regional President Angel Victor Torres at a press conference.

Requests for assistance were addressed to the Spanish central government, he added.

The fire started near the city of Tejeda. Around 1

,700 hectares were destroyed and 11 roads were closed.

Hundreds of people were evacuated due to separate forest fires on the resort last week.