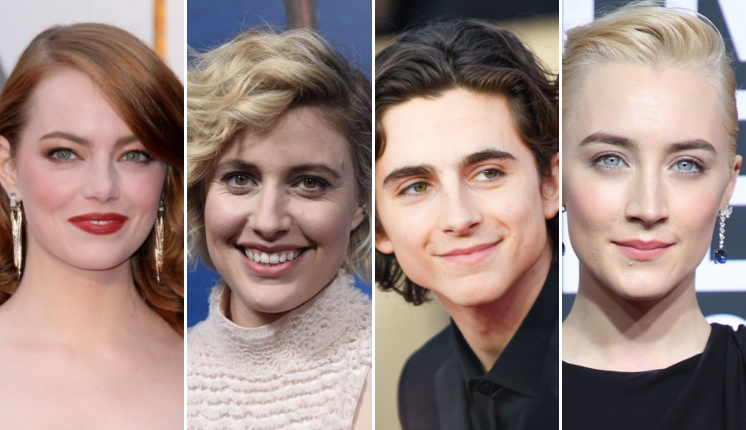 Gerwig is planning something big for her first movie ever since she was the fifth woman to be nominated for an Oscar nomination.

Greta Gerwig looks back on a big "Lady Bird" reunion with stars Saoirse Ronan and Timothée Chalamet. Variety reports Gerwig is in negotiations to direct Sony's upcoming "Little Women" adaptation, which includes not only Ronan and Chalamet in the cast, but also Meryl Streep, Emma Stone and "Lady Macbeth" breakout Florence Pugh. Gerwig entered the film as a screenwriter in August of 2016, but Variety says Sony has been trying to get her to direct and now she's about to commit after bringing the stars together.

Read More: "Lady Vogel": Greta Gerwig reflects on 8 life-changing moments that have made her a director

869. The story revolves around the lives of four sisters, Meg, Jo, Beth and Amy, who wrestle with family, relationships and their own growth from childhood to woman.

Sony's adaptation, which was set up at TriStar, has been in development for some time. Sarah Polley was first attached to the script. The book was recently included in a PBS miniseries this year. The most famous adaptation is Gillian Armstrong's 1994 film, starring Winona Ryder, Susan Sarandon, Claire Danes, and Kirsten Dunst.

"Lady Bird" was a great success for Gerwig and Ronan, who received Oscar nominations earlier this year. Gerwig became the fifth woman to be nominated for Best Director Oscar. Chalamet appeared in a supporting role. According to Variety, Ronan would play Jo, Stone would star Meg, and Pugh would play Amy. The search for an actress for Beth is ongoing. Streep will play the mother of the sisters, Marmee, while Chalamet will be playing alongside Laurie Laurence.

While the project "Little Women" comes together, many of the actors are preparing for a busy film season. Chalamet is expected to return to Oscar racing with his lead role in "Beautiful Boy," while Stone is in Yorgos Lanthimo's "The Favorite." Ronan plays the title character in "Mary Queen of Scots," in which she plays Margot Robbie opposite. Streep finishes second season production "Big Little Lies" and has a supporting role in the Christmas tent "Mary Poppins Returns".

"Little Women" would be Gerwig's first directorial work since "Lady Bird". The scriptwriter and director had a starring role in Wes Anderson's "Isle of Dogs" earlier this year.