"Hamsterdam" is the rhythmic rodent brawler we've been waiting for 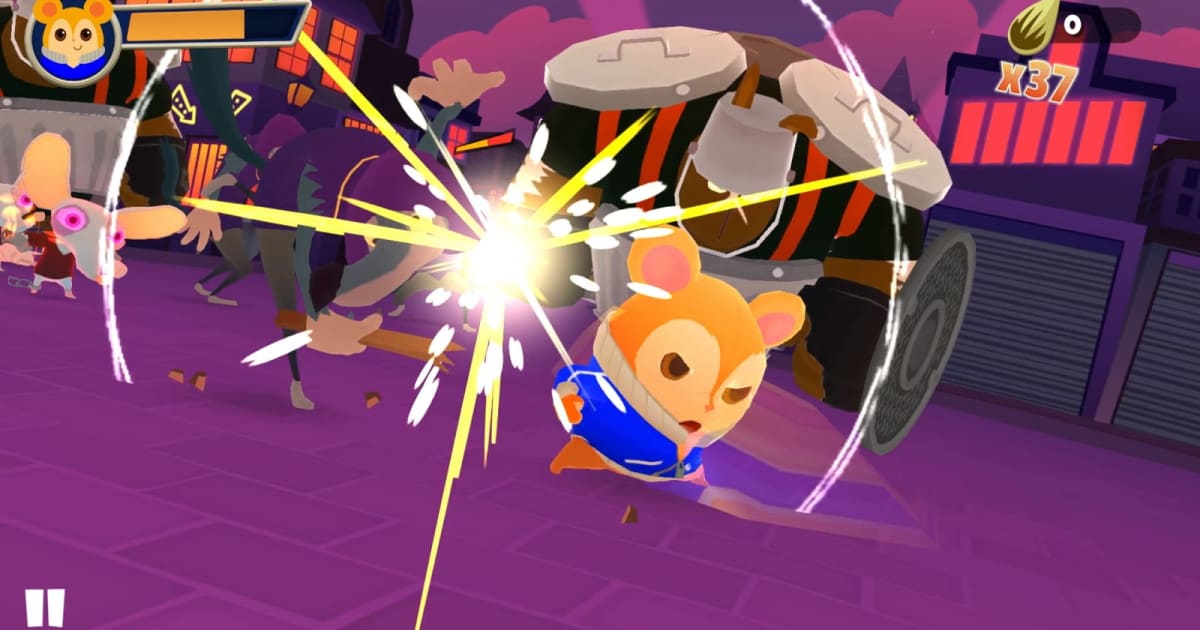 You play as Pimm, a modest resident of the quiet town of Hamsterdam who must defend his house and save his grandfather from the evil Vermin Gang and his leader Marlo the Chinchilla. This task is to defeat the accumulation of an army of rats, foxes and a menagerie of other rodents with your strong hamster-fu fighting style.

Hamsterdam however, requires a higher level of finesse than most other beat em-ups like your counterattack, combos, and your defense must be carefully matched to the movements of your enemies. I ran a short demo on Switch and iOS during Thursday's GDC 201

9 and was pretty impressed with both the gameplay mechanics and the visual style.

The controls are straightforward. You will receive a basic unlimited attack that will allow you to beat your opponents. However, they are rarely there and take it instead of starting their own attacks and counterattacks. As the enemies approach their blows, you must quickly approach them to fend them off. If the opponent can connect, start a rhythmic mini-game – swipe in the specified direction or adjust the keystrokes exactly. Successfully complete the mini-game to counter, fail and strike. The controls vary slightly depending on the platform. The mobile version uses a variety of screen shots and swipes, while in the switch version you have to move the Joy Cons back and forth to perform the appropriate actions in the game.

Hamsterdam offers 30 standard levels of 3 major worlds plus two David-vs-Goliath-style boss fights per world for a total of 36 levels. Complete each level well enough to earn 3 stars (think Angry Birds ) for ever larger rewards from seed, the currency in play. Use these seeds to equip stat boosting equipment and learn new combos to crush Marlo's gang and save your city.

Hamsterdam is expected to hit the market later this year, costing $ 2-3 for mobile versions (iOS and Android) and $ 10-15 for the Switch and PS Vita, although pricing is still underway.