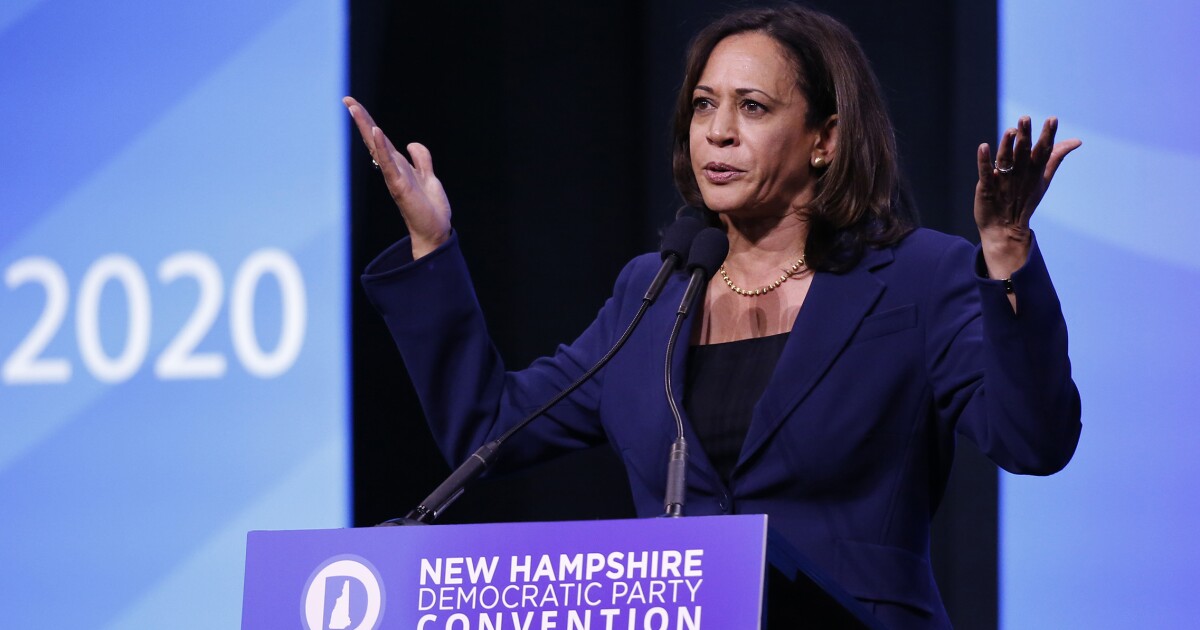 Kamala Harris claimed that she did not hear the remarks on her election campaign on Friday when one participant described President Trump's actions as "mentally retarded."

The man said to Harris in New Hampshire. "What will you do in a year to reduce the mentally retarded effect of [Trump]?"

I know that the law will seize and twist it to make itself hypocritical, but that hurts my heart. #CripTheVote pic.twitter.com/aVQWtLFw30

The presidential candidate of 2020 told reporters Saturday she heard the man "talk about the other things." And then that came later. And it was not something that I really heard or processed.

She said that the term arc today is "incredibly offensive."

A much better understanding of how hurtful such a term can be – but also for the story behind it, in which the needs and realities of our community of disabled people are truly ignored, "she said.

I told Harris that she did not correct the man who used the term. Did she hear him? "I heard him talking about the other things, and then that came later, and it was not something that I really heard or processed."

When she was asked by another reporter if she regretted having said "well," Harris said she would "never tolerate anyone speaking that kind of language about someone." even if she describes Trump.

NEW: @VaughnHillyard asks @KamalaHarris for remarks made yesterday at her town hall in NH, where one participant said Trump's actions were "mentally retarded."

HARRIS: "Let me just be very clear, I would never tolerate anyone speaking such a language about anyone." pic.twitter.com/6Ihb8VVQKp