Harvard researcher presents data on the construction of the Milky Way 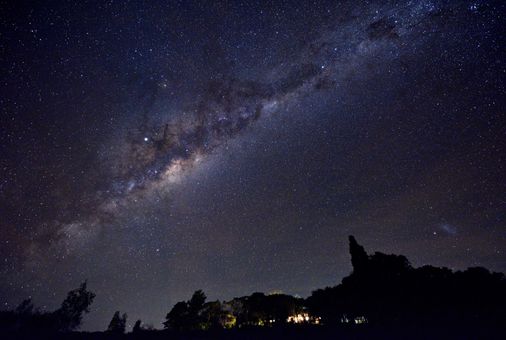 According to a Harvard researcher, the Milky Way has more to offer than the (trained) eye suggests.

Ana Bonaca, a postdoctoral fellow at the Harvard-Smithsonian Astrophysics Theory Institute, presented intriguing new insights into the construction of the Milky Way at an academic conference last month.

Bonaca gave her talk at the American Physical Society meeting in April entitled "Dynamic Evidence for a Dark Substructure in the Milky Way Halo." According to the website of the company.

According to a summary published on the website, it has revealed the following. Their research was first reported by LiveScience and later picked up by Newsweek.

"Stars emerging from globular clusters form thin, long and kinematically cold tidal currents. Under pristine conditions, these streams have a nearly uniform density. New Gaia observations of such a structure in the Milky Way have, however, revealed a probable location of disturbance, "it says in the summary. "The morphology in the sky suggests a recent, close encounter with a massive and dense jammer. Known baryonic objects are unlikely to be disturbing due to their orbital properties, but observations allow a low mass, dark matter subhalo to be a plausible candidate. "

This observation, says the abstract," opens up the possibility that detailed observations of currents are possible. Measure the mass spectrum of substructures of dark matter and even identify individual substructures and their orbits in the Milky Way. "

Bonaca received her doctorate in Yale in 201

6 as a Doctor of Astronomy. It "examines how the tidal field of the Milky Way destroys globular clusters and what the resulting debris says about the underlying distribution of dark matter," says Bio. "In her work, she uses data from large photometric surveys and high-resolution numerical simulations." Mapping of Dark Matter in the Milky Way and Search for Low-Mass Dark Matter Subhaloses.

Andrea Dutton on the Great Barrier Reef, as people called it the end – quartz