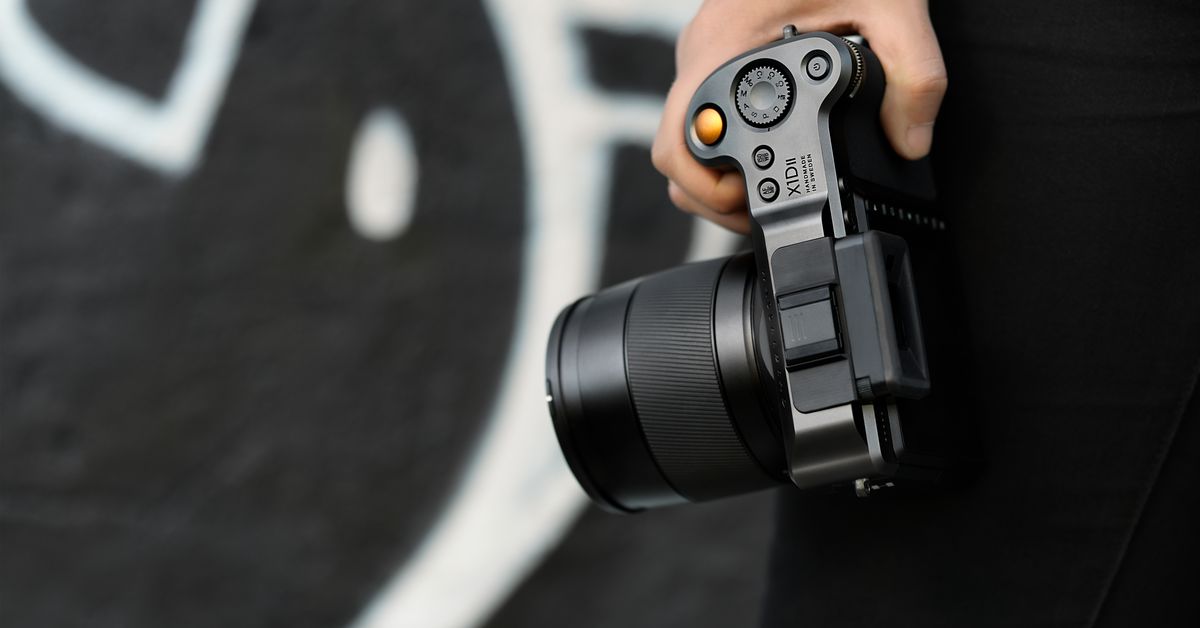 Hasselblad unveiled the new X1D II 50C, an evolution of the company's first mirrorless camera, the X1D 2016. The new camera is very similar to its predecessor, from its design, size and appearance to its 50-megapixel, medium-format sensor. However, Hasselblad has improved some things, including a new, larger touch screen, a higher-resolution viewfinder, and significantly improved performance. The main difference, however, is the price of the X1D II: it will be available in July for $ 5,750 for the body, a significant decline from the $ 8,995 that the first model had at launch.

Almost six giants are still expensive, but the X1

D II's far more competitive with the mirrorless medium format cameras Fujifilm has released in recent years, which cost only half the price of the first X1D.

Hasselblad also realized that the performance of the original X1D is well lacking. Even after numerous firmware updates after launching the camera, the X1D is best described as "pokey," with long start times, sluggish response to inputs, and slow shot-to-shot times. The launch time of the X1D II was shortened according to the company by 46 percent, the series image accelerated by 35 percent and the live view frame rate increased by 62 percent. The enhancements make the camera more responsive and faster, although it is still not a substitute for mirrorless, smaller format cameras for sports photography or other quick action.

In terms of design, the X1D II is almost indistinguishable from the first model: it is still a surprisingly compact camera considering the dimensions of the clogged sensor, and it has roughly the footprint of one Canon Rebel DSLR. The main upgrade is the integration of a 3.6-inch touch screen, 0.6 inches larger than the X1D. This is also a higher resolution and brighter than before. The electronic viewfinder is still an OLED screen, but now has 55 percent more pixels and a larger magnification than before.

Hasselblad has also developed a new way to bind a USB-C cable to an iPad, a first for a medium format camera. This works with the 2nd and 3rd generation iPad Pro models, enabling fast and reliable image transfer to the iPad when recording. The Hasselblad app also enables wireless broadcasts (albeit at a much slower speed than the wired connection), remote control of the camera and export of full or half resolution JPEGs and full resolution RAW files.

Otherwise the image The sensor and the autofocus system remain unchanged, therefore existing X1D owners should not take the X1D II into their hands and expect an upgrade in these areas. The 50 megapixel CMOS sensor has been used over the years in a number of Hasselblad cameras, and the contrast-based autofocus system is still slightly slower than the phase-detection systems used in smaller-format systems. According to Hasselblad, the improved performance of the camera itself contributes to better autofocus performance, but does not represent a dramatic improvement over the X1D.

In addition to the X1D II, Hasselblad also announces a new one digital back for its V-System cameras and a new camera body, which is basically a digital back with the ability to attach a lens directly to it – a mirror box in between is not required. The 907X uses Hasselblad's X-System lenses and has a tilting screen for traditional medium format composition at waist height. Hasselblad says it's the smallest midrange camera body the company has ever launched. The CFV II 50C package uses the same 50 megapixel sensor as the X1D II and is compatible with 1957 V-Systems cameras. Prices and availability of the CFV II 50C and 907X will be announced later this year.