Heavy fog, no alcohol, accused that after midnight the 35-car New Year's Day has accumulated; more than 50 injured 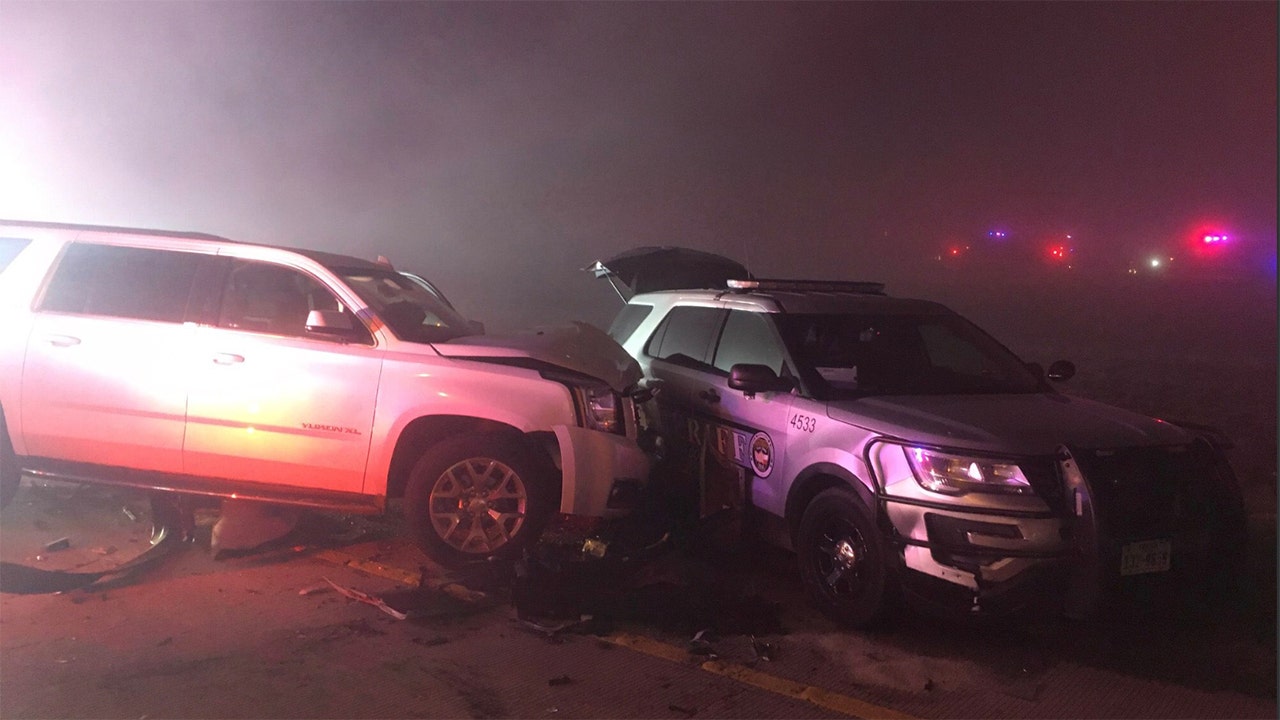 More than 50 people were involved in a massive pile of 35 cars on New Year's Day in Austin.
(Austin Fire Department)

More than 50 people were injured after a massive pile of 35 vehicles, including semitrailer tractors, hit the road on New Year's Day in Austin, Texas. There were no fatalities.

The wreck occurred just before 1

:30 am on State Highway 130 near Harold Green Road, and soon in the New Year, when thick fog obscured the road, the Captain of Travis County Sheriff told the Austin American -Statesmen.

"I've been in the sheriff's office for 26 years and have never seen a collision of this size," Smith said.

. "I've been in the sheriff's office for 26 years, and I've never seen a collision of this size."

Of the more than 50 health-care evaluators, nine were hospitalized with non-life-threatening injuries, officials said.

Among those in the accident were Adam Wright Sr. and his wife, who drove home from a New Year's Eve party as they drove into the foggy weather, Fox 7 told Austin.

"And then, boom, here's a big blanket of fog," Wright told the station.

Then Wright watched an 18-wheel plow through nearly a dozen vehicles, Fox reported 7. "

Alcohol did not seem to be a factor in the crashes, according to the US statesman.

" To my surprise, we have not made any arrests and published any quotes, " Smith told the newspaper, "They did not find anyone who seemed impaired."

The fog is blamed for the crash, but Smith said it was not known what triggered the first collision, Fox 7 said.