"Hello, Brother": The Last Words of a Muslim Worshiper to the Gunner | news 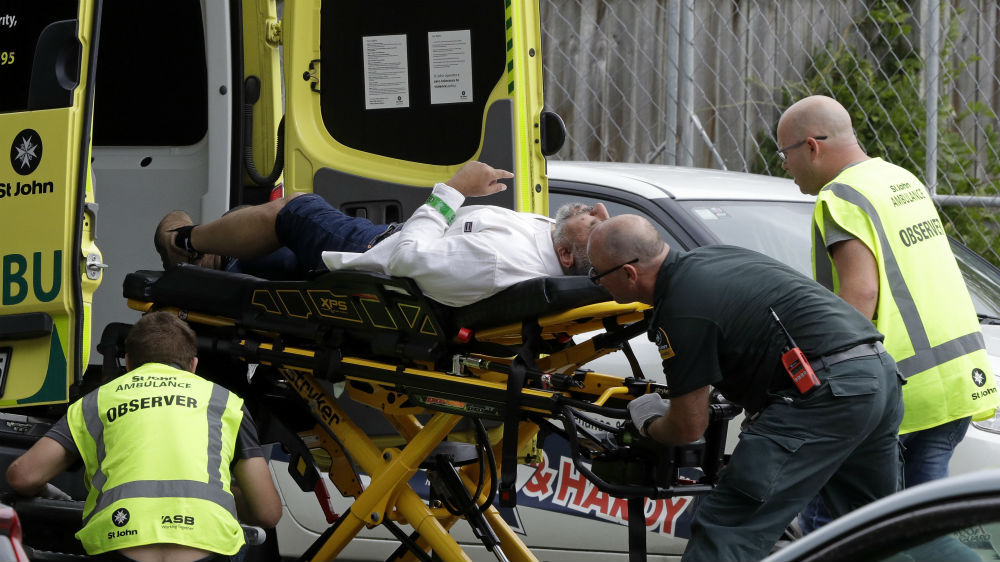 A Muslim worshiper who was one of the first people ever to be killed in New Zealand's worst mass shootings seemed to be saying hello to the attacker shortly before his death.

According to a live event In a stream video of the attack, the man still to be identified could say "Hello, Brother," when the shooter approached the entrance of the Al Noor Mosque in the center of Christchurch approached.

At At least 49 people were killed in Friday's attacks on the mosques Al Noor and Linwood. Police said on Saturday morning that 42 people were being treated for injuries because of the "terrorist attack". Two of them, including a four-year-old child, were in critical condition.

Video footage of the attack, which was widely circulated on social media, showed a shooter shooting indiscriminately at the worshipers as they huddled on the ground for safety or lying.

A 28-year-old Australian who was not identified by the police has been charged with murder. On Saturday he should appear in court.

"The answer consisted of three bullets"

When the attack shocked New Zealand, a nation where violent crime is rare, several social media users greeted the Muslim man who greeted the attacker before he was assassinated.

"Hello, brother," were the last words of the first New Zealand victim. When he stood in front of a rifle, his last words were peaceful words of unconditional love. DO NOT tell me that nonviolence is weak pacifism is cowardice, " a Twitter user said ."

"" Hello brother, "a word came from a pure soul, with filled with a peaceful belief A killer with a gun pointed to this greeting. "Hello brother," he said, thinking he was talking to a person with feelings and feelings. "Hello brother" was shot, "wrote another [19659005] " Hello brother and the answer was three bullets – Bi-ayyi thanbin qutilat (For what crime, she was killed) [Quran: 81, v9]"he said id one

"I do not know if I'll feel safe walking alone with my headscarf." – Residents of Christchurch

Muslims in 19459015 #Christchurch are scared of deadly mass shootings at least 49 people were killed at two mosques. #NewZealandShooting pic.twitter.com/MVDTbvQWpF

Aziz Helou, a Residents of Melbourne, Australia, wrote this on Facebook "In today's chaos, the evil we both heard and saw," this one incident came out.

"When the first Muslim died, his last words were" Hello Brothers ". These words were pronounced by a man symbolizing Islam: he had a rifle aimed at him from a man with clear intentions to kill and how did he react to that? With anger? With aggression? No, with the gentlest and most sincere welcome from & # 39; Hello Brother & # 39 ;.

"Maybe this hero tried to defuse the situation, maybe Allah has used this man to show the goodness of the world that is Islam, I do not know, but I want to make sure that this detail is not lost on you That this last act of the man was an Islamic act, a sincere courageous and warm way to stop violence rather than fuel it. "

Williams, a practicing Muslim, struggled to push back the tears in the 64-second Twitter post and tell the families of those killed that "they're all in paradise."

"I've heard the news, I could not put it into words as I feel now," Williams said.

"I just sent my duas (prayers) to the families."

Before the attacks took place, the armed man allegedly published an Islamophobic Manifesto on Twitter, then streamed live, according to an AFP News Agency analysis.

Political leaders around the world condemned the killings, with Turkish President Recep Tayyip Erdogan calling them "the latest example of the rise" "racism and Islamophobia."

"I attribute these mounting terrorist attacks to the current post-9/11 Islamophobia, in which Islam and 1.3 billion Muslims were jointly accused of any act of terrorism by a Muslim," Khan said intentionally done to demonize legitimate Muslim political struggles. "