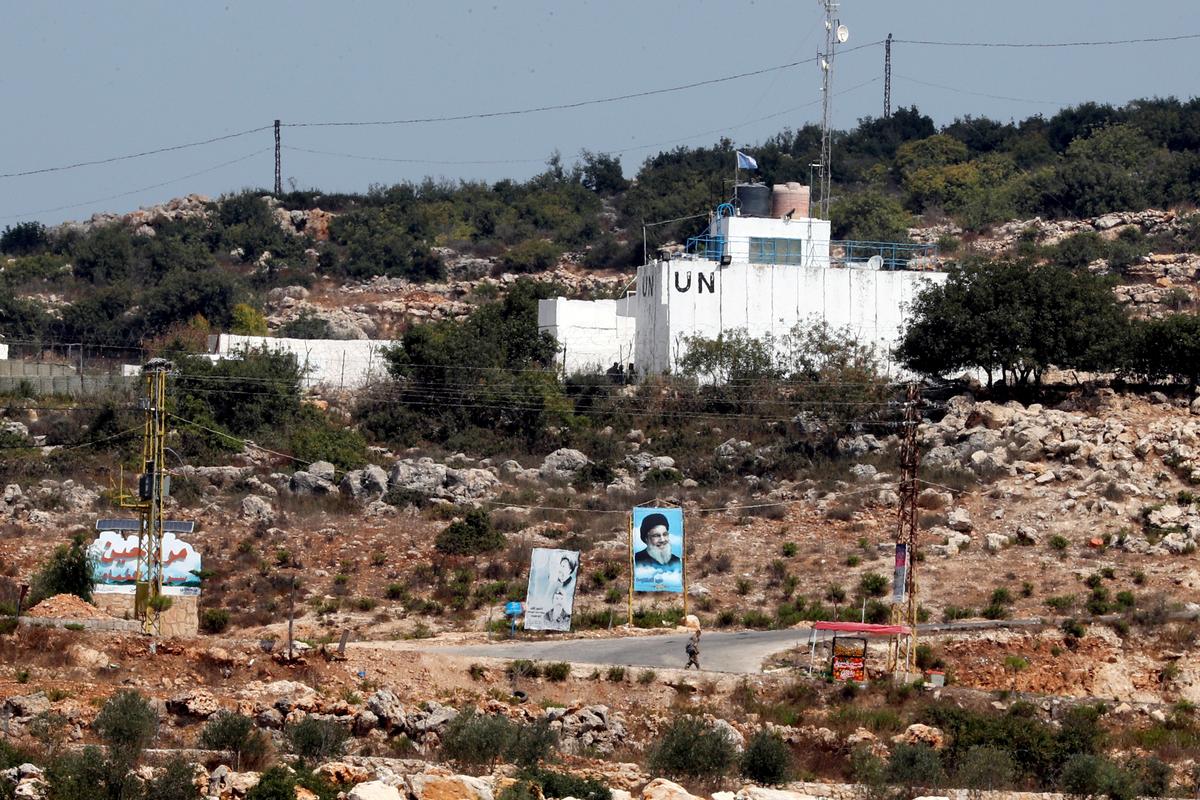 BEIRUT / JERUSALEM (Reuters) – Hizbollah said Saturday its field commanders are ready to respond to an attack a week ago that the Lebanese group has blamed Israeli drones after the Israeli military ordered additional troops to station near the border.

FILE PHOTO: A banner depicting Hezbollah leader Sayyed Hassan Nasrallah and a United Nations post in Lebanon can be seen from the Israeli side of the border near Zar'uth in northern Israel. August 28, 2019. REUTERS / Ammar Awad / File Photo

The tensions between the Iran-backed Lebanese movement and its old enemy Israel, which fought a month-long war in 2006, have increased, with two drones in Hezbollah's dominated southern suburbs of Beirut.

Hezbollah leader Sayyed Hassan Nasrallah said in a televised speech that all options are open to crack down on Israeli drones that violate Lebanon's sovereignty.

Drones like the ones used in Beirut last weekend, "open the door to assassinations" if left unanswered, he said. "This matter will not be tolerated … Israel has to pay the price."

Israel has accused Iran of intensifying its efforts to equip Hezbollah with precision-guided missile production facilities, warning Beirut that Israeli counter-attacks could escalate.

The Israeli army said on Saturday that its "ground forces, air, naval, and intelligence forces have been improving their readiness for various scenarios in the Northern Command Territory" last week.

On Twitter, footage of tanks and ground forces were released.

Without assuming responsibility for the drone strike, the Israeli military has released details of the Iranian Hezbollah rocket boosting campaign.

Precision guided missiles could counterbalance Israel's overwhelming force in any future war, as they are able to locate and eliminate core infrastructure sites.

He denied that Hezbollah had factories to manufacture the weapons. "We have as many precision missiles in Lebanon as we need for any small or large confrontation," he said.

A new conflict between the two opponents would destabilize a Middle East already fraught with tensions between the United States and Iran.

Iranian Foreign Minister Mohammad Javad Zarif accused the United States on Twitter of engaging in "piracy and threats" to prevent Tehran from selling oil to customers after Washington blacklisted an Iranian oil tanker claimed to be traveling to Syria.

Israel is concerned about the growing regional influence of Iran and its militia allies, including Hezbollah, in countries such as Syria and Iraq.

Shiite militias in Iraq, many of whom are supported by Iran, are blaming US and Israel for the recent explosions in their weapons depots.

Politics also plays a role, as Netanyahu tries to be determined before a three-week election.

Hezbollah, founded by the Iranian elite Revolutionary Guards in 1982, launched its last war against Israel in 2006 after capturing two Israeli soldiers in a transnational raid.

Almost 1,200 Lebanese, mostly civilians, and 158 Israelis, mostly soldiers, were killed in the conflict.

Nasrallah said he wanted "that the enemy remains confused as he is now." they know what they have to do … and where the limits are.

Coverage of Ellen Francis and Laila Bassam in Beirut and Ari Rabinovitch in Jerusalem; Editing by Michael Georgy and Edmund Blair