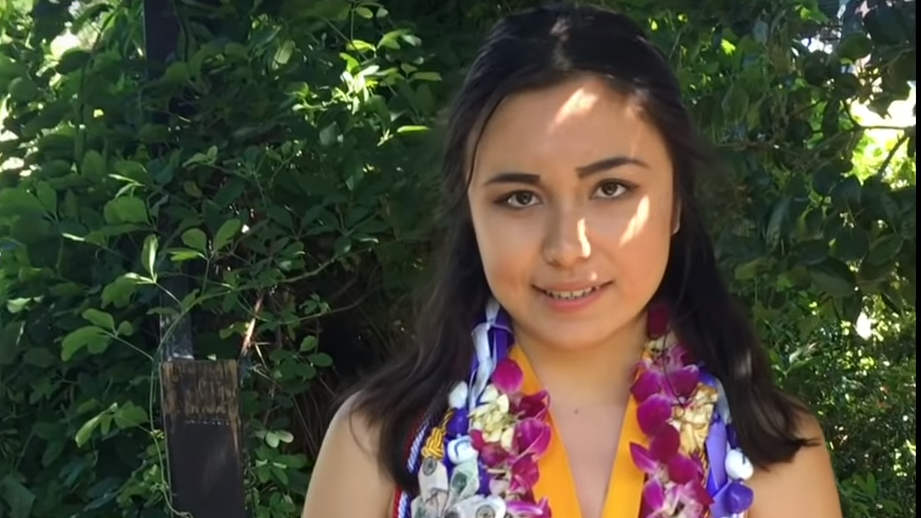 This video was posted by Lulabel Seitz, the farewell speaker whose microphone was cut while speaking. In it she shows exactly what happens at the graduation, gives the uncensored version of her speech and sends a message to the client, who broke off her.

Seventeen-year-old Lulabel Seitz was a model student and the first in her family to graduate high school. At over 4.0 GPA, she was a senior grade student at Petaluma High School in Northern California, which meant she would give the final speech on her graduation.

Seitz's speech on June 2, began as many do with gratitude for the experiences and memories they and their classmates had. About four minutes after her speech, Seitz began talking about sexual allegations at school. Officials then hooked up their microphone.

8 class has shown time and again that we may be a new generation, but we are not too young to say, dream, and change, so when some people are on campus, they are the same people – "Seitz said before the microphone went off. Her speech, then barely audible, continued, "… in which some people defend perpetrators of sexual assault and silence their victims."

People in the audience started screaming, "Let them speak!" The school officials did not turn on their microphone again.

The San Francisco Chronicle reports that school principal, David Stirrat, is sticking to the decision and says, "We tried to make sure our graduation ceremony was appropriate and beautiful." Seitz told San Francisco's CBS station, KPIX-TV, "The school is constantly censoring the students, so it was not an easy task to go there and say what I said or tried to say." She told KPIX that she was being sexually abused by another student, and when she reported the raid to high school officials, they did nothing.

In a statement, school officials told the San Francisco Chronicle that they could not comment on this Privacy Issues for Pupils

Seitz published her full speech on YouTube, which has received more than 45,000 views so far. In the introduction to her video, Seitz writes: "The Petaluma High School administration has violated my freedom of speech and prevented a whole graduating class from delivering its message For weeks, they have threatened to speak in my 'voice against them' Sometimes know we do what is right and need to do it despite the threats. "

Seitz's full speech contains anecdotes about other challenges facing high school students, including fires that have destroyed some student homes, and Strikes of teachers. She tells that she was the granddaughter of immigrants from the Philippines to the United States and was raised by a single mother.

Seitz said, "We all have unlikely dreams and overcome obstacles to reach them, because Adversity is not the one rare, monumental idea we made in our English essays in the first semester. No, it's something very commonplace, something we all experienced during high school, we were all eventually injured, excluded or worst of all ignored. "