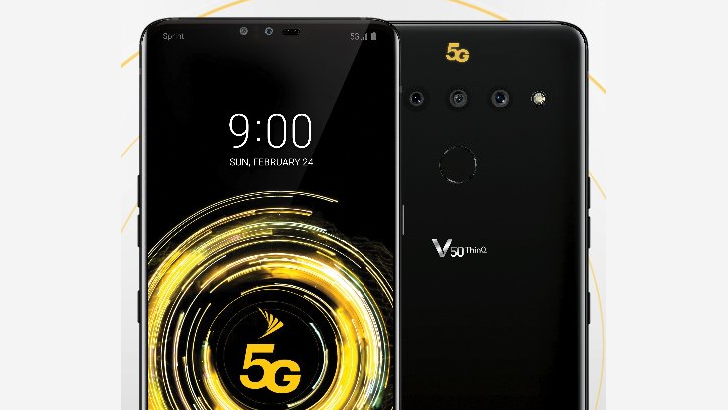 LG's latest V-series phones have been pretty much alike, but it looks like the upcoming V50 will have something special up its sleeve: 5G. A leaked photo of the Sprint V50 by Evan Blass shows that the phone has 5G, and with the huge yellow logo on the back, it's not timid.

The V50 looks much the same as the V40. Of course, Sprint makes sure that everyone knows that the phone is 5G-capable, between the status bar, the ugly yellow logo on the back, and the towering wallpaper. Apart from the branding of 5G, the only obvious change is the three rear cameras, which no longer sit on a raised glass module. Instead, they seem to be flush with the back of the phone, which is an interesting design choice.

The V50 ThinQ will probably launch on February 24th. If our speculation that this will be LG's first 5G phone is correct, the V50 will have a Snapdragon 855, a 4,000mAh battery and a large steam chamber for cooling. looking for a low-res leak? Evan seems to have decided to throw us a bone and share a much nicer, higher-resolution version of the V50 leak. The overly eye-catching 5G logo above still does not look prettier, but at least we can see it a little better – that's something, right? 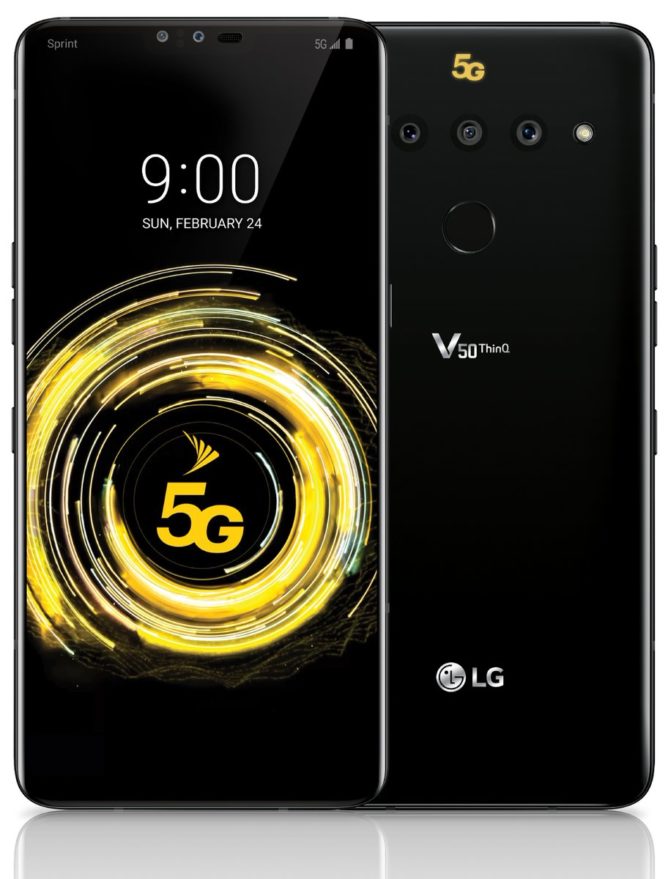