Hikvision shares crash after reports of a possible US ban 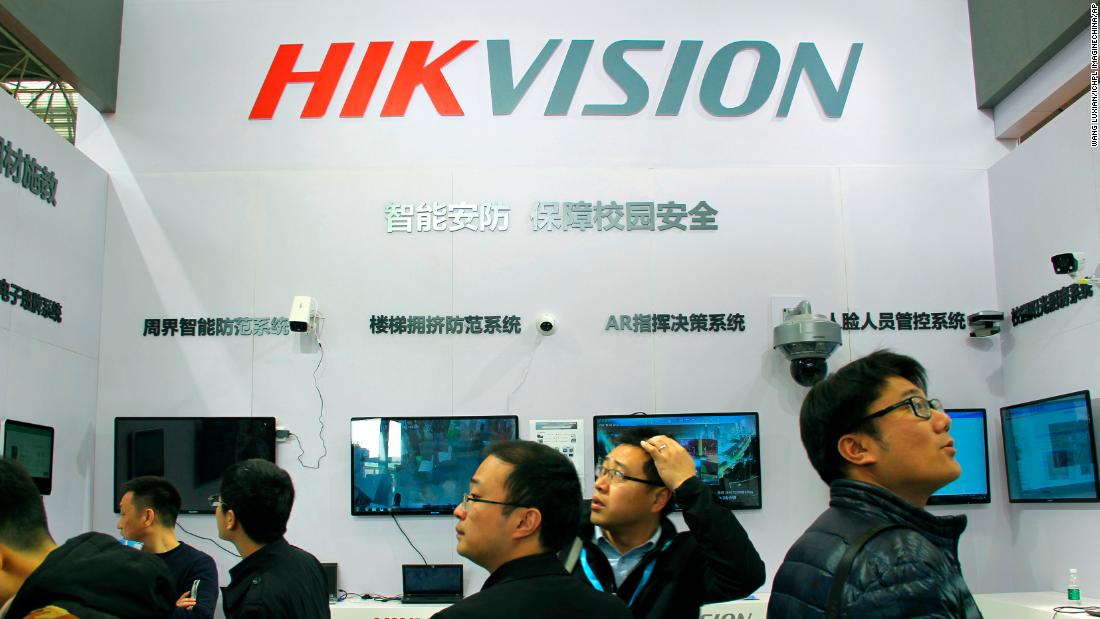 Hikvision shares fell to a daily limit of 10% during early morning trading in Shenzhen. Some of these losses have been made up to close about 6% lower.

The decline came after the New York Times reported that the United States is considering putting the Chinese surveillance technology company on a commercial blacklist by citing people familiar with the matter.

This would be Washington's recent attempt to stem Beijing's technological ambitions and further escalation of the US-China trade war.

"Hikvision takes these concerns very seriously and has been engaging with the US government in relation to all this since last October," a corporate spokesman said in a statement on Wednesday.

"Regardless, Hikvision takes cyber security as a company very seriously and adheres to all applicable laws and regulations in the markets in which we operate," the spokesman said.

The US Department of Commerce did not respond to requests for comment outside regular business hours.

Hikvision manufactures surveillance cameras and artificial intelligence security products. The Company states that its products can track people by facial recognition or physical characteristics such as gait, can count the number of people visiting certain areas, and recognize "unusual behavior such as violent action".

Hikvision has received international criticism for its surveillance agreements in Tibet and Xinjiang US lawmakers called for sanctions on the company last year, accusing it of supporting China in creating a "high-tech police state."

The Chinese government has tightened surveillance in the western province of Xinjiang as part of a move against the Uighurs in the region Muslim population. Its presence in Tibet, an internationally recognized autonomous region, is also contested by the Tibetan people and has in the past expanded into major unrest.
The reported US move against Hikvision is similar to the restrictions imposed on Chinese technology giant Huawei last week. The US Department of Commerce would put Hikvision on a list of foreign companies designed to undermine US national security or foreign policy interests. Listed companies may not receive any components or software unless the trade is licensed.
Hikvision buys computer chips and components from US companies such as Nvidia ( NVDA ) [19459019WesternDigital ( WDC ) Intel ( INTC ) and Seagate (19459021)] STX ) .

Brokerage firm Jefferies said Wednesday that a US ban would not hit Hikvision as hard as Huawei did. The company can buy vital parts for its artificial intelligence products from local dealers, said Jefferies analyst Rex Wu.

In a statement last month, Wu said he expected Hikvision's annual revenue to be boosted by "China's central government procurement platform," noting that "the public security budget in Xinjiang for 2019 is still rising "compared to a year earlier.