Hong Kong is protesting in a similar way to the Boston Tea Party, the former National Security Council official said 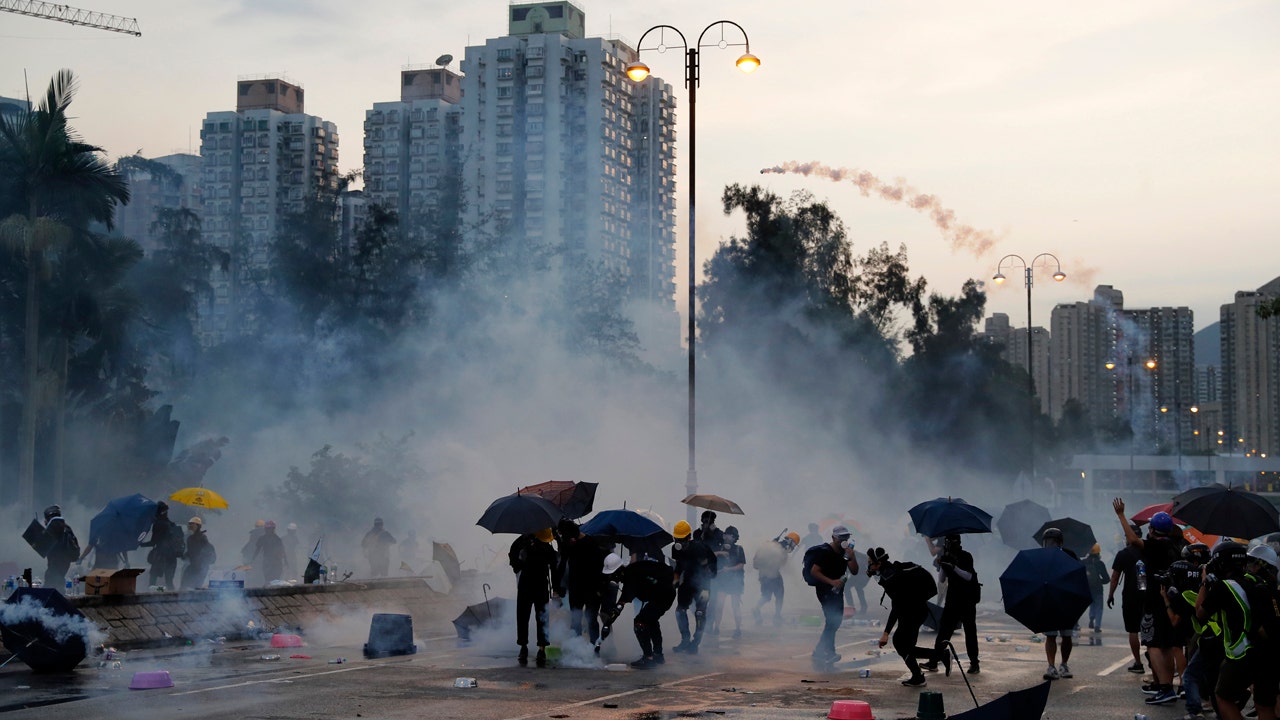 Although China requires the US to stay away from anti-democracy protests in Hong Kong, protesters who stormed one of the busiest airports in the world this week are similar to those who drank tea to the port of Hong Kong more than two centuries ago Boston threw have retired Air Force Brig. General Robert Spalding.

The way China has tried to discredit Hong Kong protesters is similar to the way King George III. Criticized by England's colonial protesters in December 1773, Spalding claimed on Tuesday in "Fox News @ Night."

] "Just over 240 years ago, these children would have been our founding fathers and fought for our freedom," said Spalding, a former National Security Council official. "Instead of the Hong Kong airport, it was the port of Boston they threw tea at."

997, USA The kingdom transferred the sovereignty of Hong Kong to China, under which the island was a semi-autonomous special administrative region ,

Protests have been taking place in the Hong Kong region for more than two months as tens of thousands of Hong Kong's arrives Prime Minister Carrie Lam resigns and calls on the government to enact laws allowing the extradition of suspects to mainland China. There are concerns that these mainland suspects are being subjected to unfair trials and torture.

The demonstrations, in turn, have sparked concerns among US officials about China's possible containment. [19659003] "The United States and all freedom-loving nations around the world must be ready to act swiftly to defend freedom as China escalates the conflict in Hong Kong," said Sen. Rick Scott, R-Fla., In one Statement .

On Tuesday, President Trump told reporters in New Jersey, "The Hong Kong thing is a very difficult situation." "Fox News @ Night," Spalding added, "thought it important that Trump and the United States use protesters for the protesters," he said.

"The Chinese Communist Party will do what they want to do. They believe that we are inciting the revolution because we are. "

He predicted that Asia and Europe would not take significant steps in terms of the protests and that the US should be the one to act when necessary.

One of the things we talked about in the National Security Strategy 'is that America has to talk about our principles again – not only open markets lead to prosperity, but open markets and democratic principles lead to a better world. "