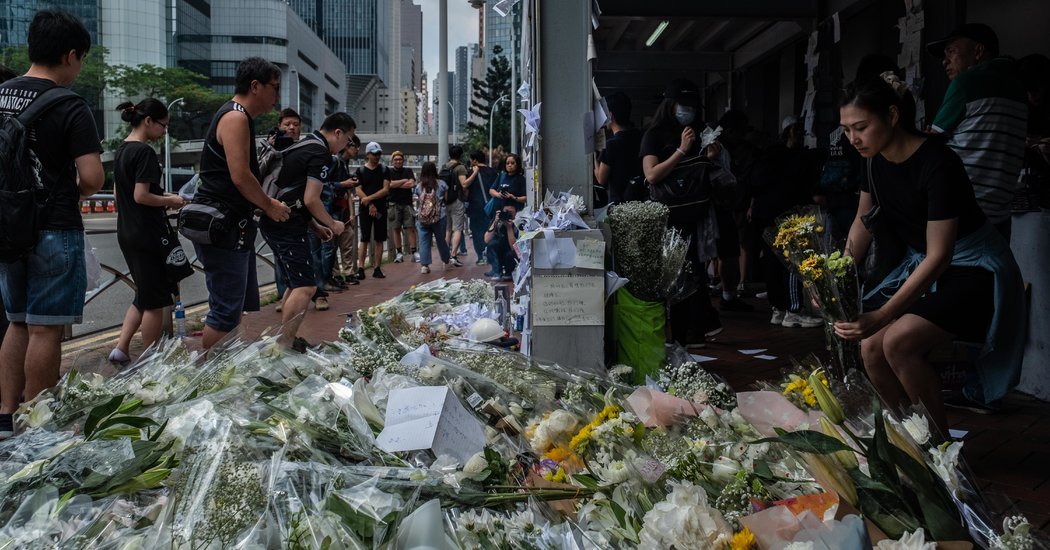 The death of a man intensifies the anger of the demonstrators.

The demonstrators were further burned Sunday by the death of a man alleged by the police to have fallen from a building after a protest banner reading "No extradition to China" was rolled up. 19659003] The 35-year-old man identified by the surname Leung sat on the roof of an upscale shopping center near Hong Kong's government complex for hours where the protests had been concentrated. Just after 9 pm he climbed onto a scaffolding on the side of the building as firefighters tried to rescue him and landed next to an inflatable air cushion that had been set up to trap him. He was declared dead at a nearby hospital.

The man wore a yellow raincoat with slogans criticizing the police and Carrie Lam, Hong Kong's general manager. Many of the demonstrators on Sunday wore white flowers as a sign of mourning.

"His victim really shows that the government still ignores how citizens and students feel," said Anson Law, 17, a student who participated in the protests. "People want to show their will."

On Sunday morning, the site became a makeshift memorial of incense, flowers and handwritten notes. "Death of a man, death of Hong Kong," said one. A vigil is scheduled for 21.00 clock.

The murder case served as justification.

The Hong Kong government has spent the past year killing a 20-year-old Hong Kong woman on vacation with her friend in Taiwan, another jurisdiction with which Hong Kong has no extradition treaty.

The friend, a 19-year-old also from Hong Kong, told police that after a quarrel with the pregnant woman, she strangled her, stuffed her body into a suitcase and threw it near a Taipei subway station, Taiwan's capital, down.