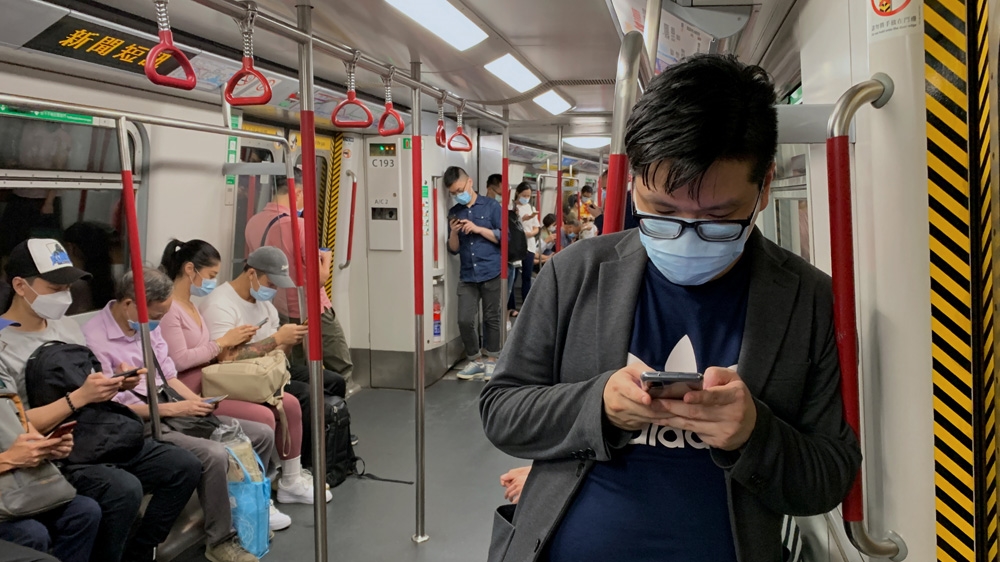 Hong Kong is expected to impose its toughest coronavirus curbs so far after the authorities rated the risk of a large-scale outbreak as extremely high.

As part of the new measures, which come into effect at midnight (4:00 p.m. GMT), face masks are mandatory for people using public transportation, and restaurants cannot offer takeaway food until after 6:00 p.m.

Anyone who does not wear a mask in public transport risks a fine of 5,000 Hong Kong dollars (645 US dollars).

Group meetings will again be limited to four people – a measure that was last seen during a second wave in March.

Gyms and indoor entertainment centers must also be closed.

The government said the restrictions were necessary after “drastic changes”

; to the outbreak on the territory in recent weeks.

“The recent emergence of local cases of unknown sources of infection indicates continued silent transmission in the community,” said a statement outlining the new measures. “The latest public health risk assessment shows that the risk of a large-scale outbreak is extremely high.”

Hong Kong reported 52 new cases of coronavirus on Monday, including 41 that were locally transmitted, health officials said. Among the new cases registered from July 7th to 13th, there were 181 cases in individuals who had no travel history during the incubation period, the statement said.

Hong Kong has confirmed a total of 1,522 cases since the outbreak began in late January.

The government expressed concern about the high number of imported cases and said it plans to impose further measures on travelers from high-risk locations, including mandatory negative test results prior to arrival.

Executive director Carrie Lam said the measures are the result of a three-way tug of war between public health considerations, economic impacts, and social acceptance and the need for people to coexist with the virus for a period of time.

Coronavirus, which first appeared in China at the end of last year, has now been diagnosed in more than 13 million people around the world.