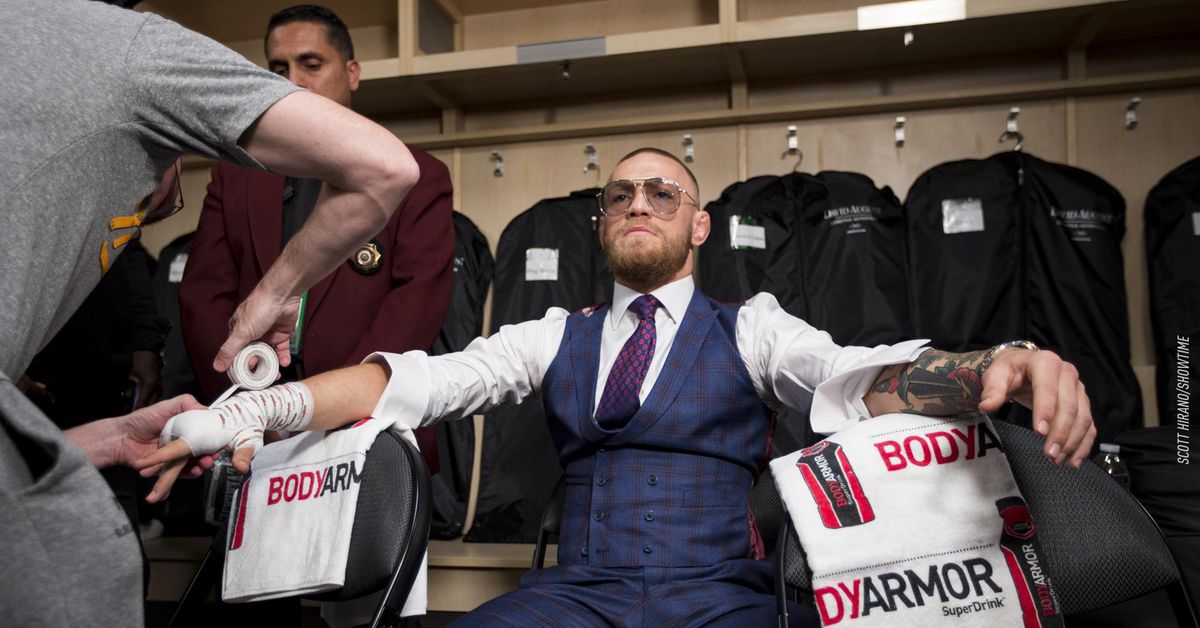 Is Paulie going too far to create hype for this fight? I was excited when I came to the press, and now I feel it was made to sell the fight. Feel Not Organic @JedKMeshew @MMAFighting

If you've missed it, spew Paulie Malignaggi Artem Lobov this week at her BKFC press. Then he said he hopes he puts Artem in a coma . Needless to say, things have become ugly.

I think "too far" is in the eye of the beholder. Personally, I would say that spitting is always going too far, just as part of a society. But in the context of combat promotion? I assume that's a fair game. However, I agree with you that Paulie's actions this week have affected this fight somewhat, at least for me. Basically, the only reason a fight between an elite boxer and a T-Rex-armed 500-MMA fighter is even interesting is the real beef that's at the heart of it all, and Paulie's nonsense this week has this in the background of this cartoonish nonsense.

But does the public share this feeling to a great extent? I am sceptical. My gut reaction is that Paulie scares off some people so quickly, but most of the viewers are likely to eat it up and show off a promo a few weeks later as Paulie spits on Artem. All of you please, which only encourages Paulie to do more if he and Conor inevitably fight.

Jesus, this is going to be a show.

Thoughts on a fight between Justin Gaethje and Conor McGregor

This week Justin Gaethje renewed his demands for a fight with Conor McGregor. However, McGregor is said to have sustained a hand injury during training and is now aiming for a return to late summer.

This is the only battle that exists at this time. Khabib Nurmagomedov will fight for the lightweight title in September against Dustin Poirier. Tony Ferguson approaches Donald Cerrone and the winner is next for a title shot. Nate Diaz, the only other fight that makes sense for McGregor, faces Anthony Pettis at the end of the summer. That leaves very few opportunities for McGregor, unless he wants to wait for the winner of Diaz-Pettis. Although Conor wanted to return to 145, he can not get an immediate title fight, since Max Holloway is already booked against Frankie Edgar and Alexander Volkanovski waiting in the wings.

The only other options for Conor at the moment are a Jose Aldo rematch (which lost all of Conor's attraction after Aldo lost again), Rafael dos Anjos (who would not even give him a welterweight title shot) or Gaethje. Gaethje is by far the most meaningful as Conor wins both a matchup (also a matchup that is a huge loser) and a fight that will put him back in the lead for a title shot. If Cerrone brings the styles Ferguson and Conor on Gaethje out of balance, the UFC Conor gives the rematch with Khabib or Poirier. Plus, this fight beats. Heavy. On paper, it's the most exciting fight in MMA history.

Who would win? Give me Conor. A few years ago and I would have gone with Gaethje, but after seeing Eddie Alvarez and Poirier, both less offensive talented fighters than Conor, finally break him, I think Conor can do it.

Who has the most likely chance? Become a champion in three weight classes?

In the first 23 years of the UFC there were only two multiple champions. Then Conor McGregor won a second title and opened the floodgates. In the two and a half years since Conor won the lightweight title, the number of multi-division champions has doubled. It's no longer a question of whether someone wins a belt in three divisions, but only a matter of time (assuming you do not count Valentina Shevchenko, who is the rightful world champion in fly, bantam and featherweight after having Amanda Nunes in her Has defeated the rematch)).

As far as the fighters are concerned, the best odds are for someone who has already won two belts, which means that he only needs a little luck to get a third. Daniel Cormier never makes 185 pounds, so he's out. Likewise, I would not expect Amanda Nunes to cut another 10 pounds unless a leg was surgically removed. Georges St-Pierre, B.J. Penn and Randy Couture are all retired. ("BJ is not retired!") Say, but you're wrong, he retired in 2011 after losing to Nick Diaz.) This leaves Conor McGregor the shortest way to accomplish the deed, and he is definitely the best way to accomplish it.

Conor already has two belts, and all he needs is to move to 170 and KO RDA to give himself a chance. His name means that every welterweight world champion wants to compete against him. If things go well, maybe Conor could make a good matchup and head to the title. He would have to wait though. Kamaru Usman is a hell of a fight for him.

Apart from Conor, I could see Max constantly switching to 155 and developing well if he completely adjusted to the division. He also has the right framework to eventually rise to welterweight. That being said, there are not many good options right now. The big limitation with all of this is when the UFC eventually adds a division of 165 pounds. Then you look for a much greater chance for a great lightweight to grab two extra titles.

UFC divisions on the chopping block. Which division do we lose first, the featherweight of the women or the flyweight of the men? Do you think that there will be more divisions in the next 7 years?

This question assumes that both the flyweight and the featherweight of women are doomed to fail the UFC and at that time I think that that is completely fair. Just take a look at the UFC ranking. The UFC has cut so many flight weights that they do not even have 15 ranked competitors. They are under 13, including the Master, who is about to fight 135. And of course they have never had women's featherweight rankings, only champions.

However, which one gets the ax first depends on what happens over the summer. If Cejudo hits Moraes, the flyweight division is likely to be cut short a few months later. If he loses, that's probably going to make a flyweight livelihood by the end of the year. Likewise, if Nunes loses to Holm, the featherweight probably remains hanging so they can do the rematch there. If Nunes wins, the only reason that leaves 145 is that they like to promote Nunes as a doubles champion. Unless, of course, they finally do the sensible thing and fold it completely, making everything over 125 "heavyweight".

How will the divisions be added? That's a hell and a no. Dana is already trying to close two divisions, one led by a future Hall of Famer and her most successful champion so far. And he has clearly expressed his feelings. We will not have any new divisions in the near future.

Eryk Anders did not ask me This question is great and exactly the nonsense I hope to see in my Twitter mentions every day when I sign up.

And the answer is definitely yes. Captain America has given everything for over 80 years and has never improved its dosage. Whatever was in the super-soldier serum he took was not just your run of Mill HGH. The stuff hangs around longer than Jon Jones' pikograms.

The Super Soldier Serum has not only maximized Steve Rogers' stats, it has also fundamentally changed his overall make-up. USADA's tests probably could not detect half of what was happening in his system, and half of what they could find did not make sense. It would be like a scene in a movie where the doctor comes in and says, "According to your test results, you would have had to die three weeks ago." He would be USADA proof because he would never ever be sanctioned for a sporting competition. As soon as it turns out that Captain America can pick up a car and cover a distance of two minutes, no sports commission will ask him to do anything, let alone fight other people in a cage. It remains the amount of absurdity that GSP vs. Cap took more than four seconds.

Thank you for reading this week and thank you for all who have sent tweets. If you have burning questions about MMA's latest status, you can send me your Hot Tweets, @JedKMeshew . The best ones will be on display here next week.