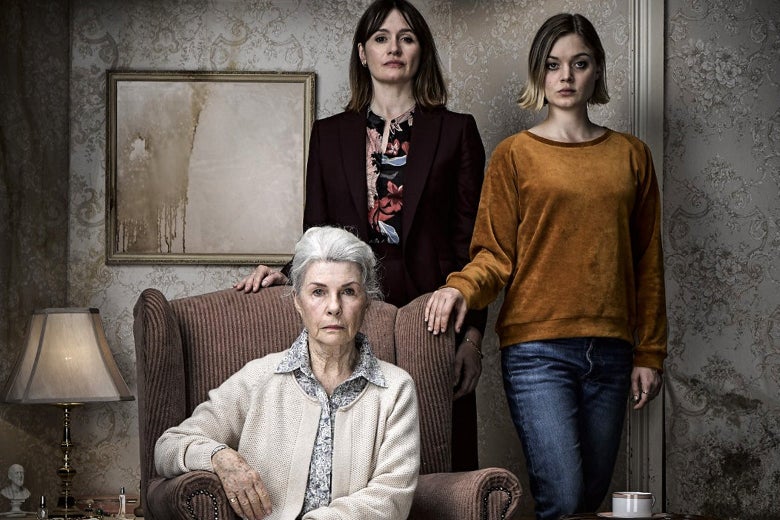 No horror film can be too scary for die-hard people. But for you, a wimp, the wrong guy can make you unhappy. Never fear, fear, because Slates Scaredy Scale is here to help. We have put together a highly scientific and largely spoiler-free system to evaluate new horror films and compare them with classics on a 10-point scale. And because not everyone is afraid of the same things – some viewers cannot stand fear of jumping, while others experience psychological horrors or simply cannot endure arterial flare-ups – the fears of each film are divided according to three criteria: suspense, creepiness and gore.

This time: Relic, A well-reviewed new Australian haunted house film that has arrived in the US for a very limited release. It also starts streaming on Friday. Not to be confused The relicThis slow-burning domestic thriller, in which a hypothalamus-eating monster Penelope Ann Miller chases around a museum, follows a grandmother, mother, and daughter in her parent’s house for a few long days while exposed to a family curse – a mysterious figure who likes to knock on the wall and hiding under beds. The fine cast includes Emily Mortimer, Robyn Nevin and Bella Heathcote. Is this quarantine treatment for fears of all tolerances or will it haunt isolation for the rest of your summer? Continue reading.

The best of movies, TV, books, music, and more are delivered to your inbox three times a week.

relic will challenge impatient viewers with his characterful first two acts, in which weird set design and a few bumps at night take a back seat to the generation drama of whether grandma should be brought into a home. But in Act 3, figurative horrors become more literal, and first-time director / co-writer Natalie Erika James flexes her considerable muscle of horror, with results that your armrest may abuse.

relic earned the necessary comparisons with his Australian brothers The Babadook with a clever replacement set and minimalist horror effects. The, um, skin-crawling final scene will surely give nightmares to at least some viewers. Special advice for anyone dealing with a sick parent and anyone in quarantine who feels trapped in four walls.

At the beginning of this film, I didn’t expect to end up screaming “gross” on TV, but here we are. The gore is not extreme, but suggestive enough that I want to go high, also thanks to the final mentioned above.

As in The Babadook, relic will likely destroy some viewers and scratch others’ heads. But if you like your adult fear, have a medium horror tolerance and can no longer browse Netflix’s dark catalog, open up some wine this weekend after dark and give it a try.