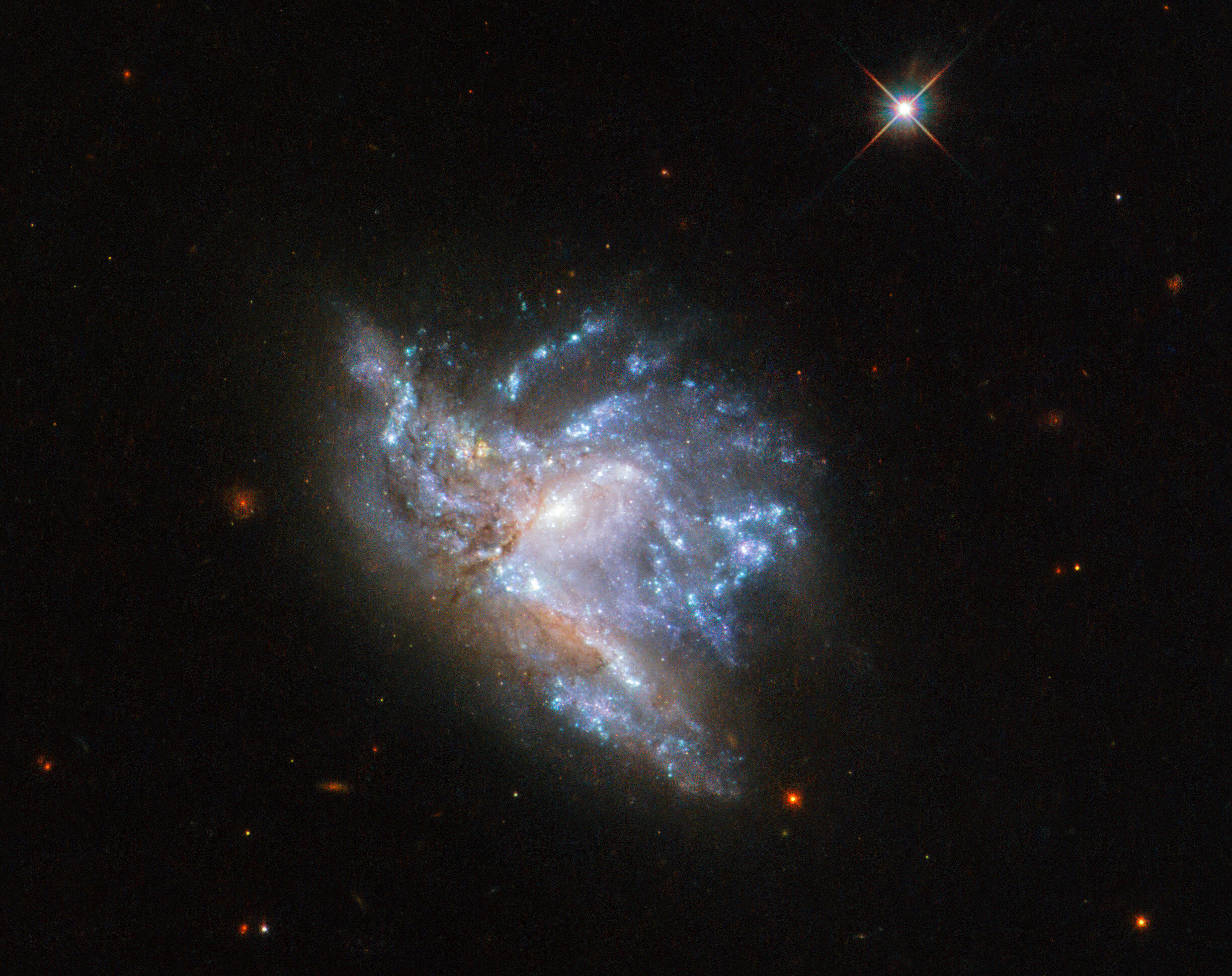 The NGC 6052 is located in the constellation Hercules, about 230 million light-years away, and is a pair of colliding galaxies. They were first discovered in 1

784 by William Herschel and were originally classified as the only irregular galaxy due to their odd shape. However, we now know that the NGC 6052 actually consists of two galaxies that are colliding. This particular image of the NGC 6052 was taken with the wide-field camera 3 on the NASA / ESA Hubble Space Telescope.

A long time ago, gravity has brought the two galaxies into the chaotic state that we are now observing. Stars within the two original galaxies now follow new trajectories caused by the new gravitational effects. However, actual collisions between stars themselves are very rare, as stars are very small relative to the distances between them (most of a galaxy is an empty space). Eventually, the galaxies will completely merge into a single stable galaxy.

Our own galaxy, the Milky Way, will experience a similar collision in the future with our nearest galactic neighbor, the Andromeda Galaxy. However, this is not expected to happen in about 4 billion years.

How to see the comet Neowise: Rare comet that soars through the sky