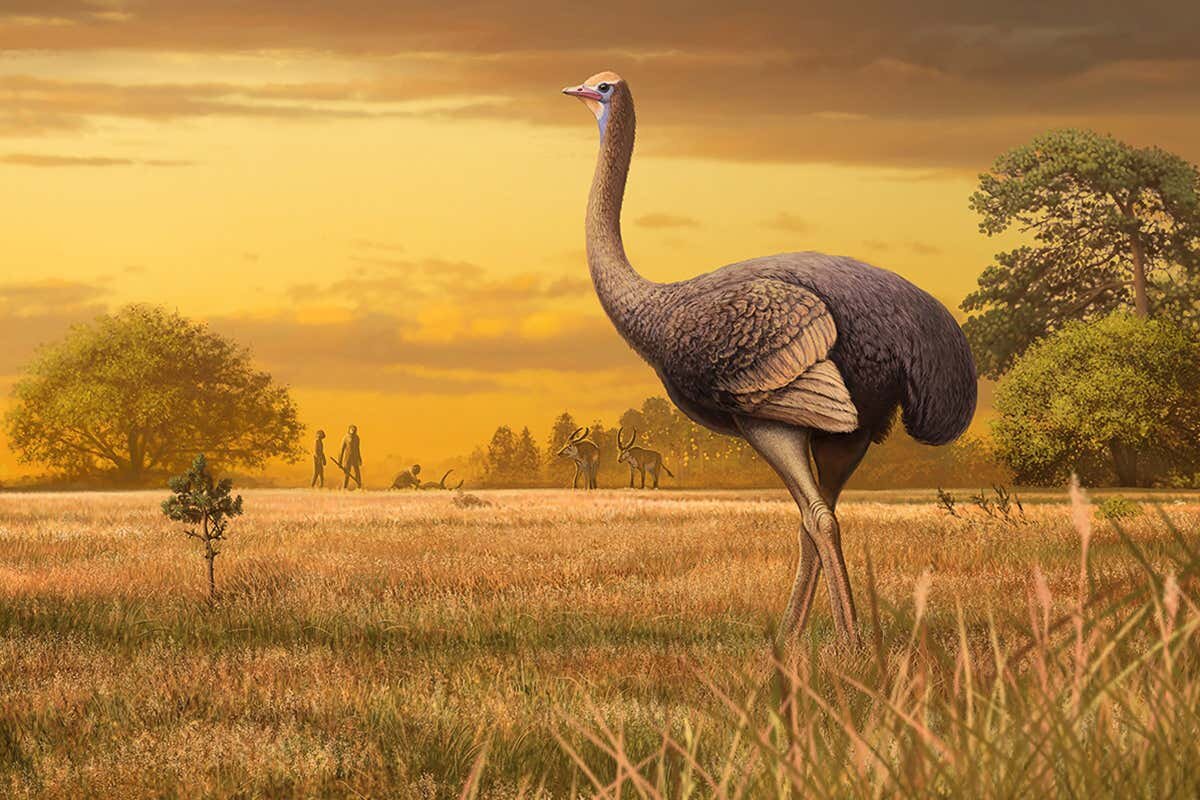 Talk about your big bird.

With 1,000 pounds and a height of over 10 feet, he was one of the largest birds ever to live in Earth's history. And almost 2 million years ago, early Europeans lived alongside some of these huge birds.

Bones of the huge, long-extinct bird were recently discovered in a cave in Crimea.

"We estimate it weighed about 1,000 pounds," said study leader Nikita Zelenkov of the Russian Academy of Sciences. "This enormous weight is almost three times as high as the largest living bird, the ostrich, and almost as high as that of a full-grown polar bear."

The bird would have towered over the early humans. Scientists speculate that it was probably unable to fly, but probably could run fairly fast.

Speed ​​may have been the key to bird survival, the study said. In addition to the bones, the scientists also found fossils of giant carnivores such as huge cheetahs, giant hyenas and saber-toothed cats.

According to the study, the bird was possibly also a source of meat, bones, feathers and eggshells people.

It used to be thought that such giant birds lived only on the islands of Madagascar and New Zealand, as well as in Australia. This is the first giant bird ever to be discovered in the Northern Hemisphere.

Which current bird could he be most similar to? "We do not have enough data yet to tell if they are ostriches or other birds," Zelenkov said.

The bones were discovered while building a new highway in Crimea. "Mammoth remains were uncovered last year and there may be much more to be learned about the distant past of Europe," he said.

The study was published in the peer-reviewed Journal of Vertebrate Paleontology .

The Asian phoenix lived with the dinosaurs