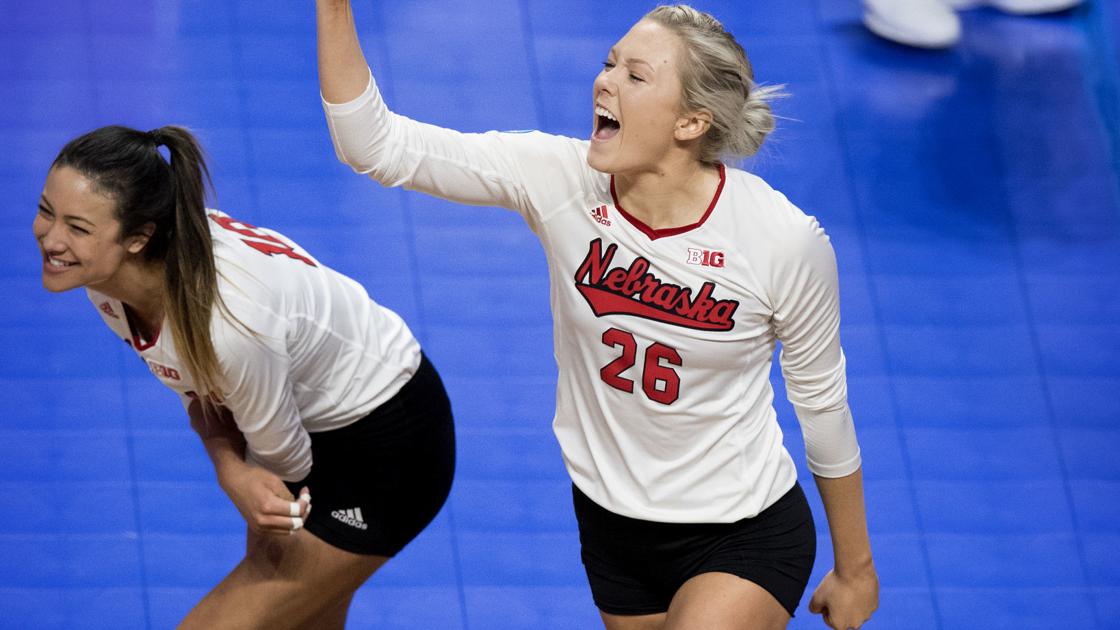 MINNEAPOLIS – With a dominating start to the match, and then a shocking finish, Nebraska sweeps Kentucky in the NCAA Sweet 16 on Friday.

Nebraska rallied from an 18-11 deficit in the third set, storming back for the win. Mekela Foecke

Nebraska wants to play the winner of the Oregon-Minnesota match at the Elite Eight at 5 pm on Saturday. The match is on TV on ESPNU.

In the first set, Nebraska took the lead for good when Foecke served a 4-0 run for an 11-7 lead.

Nebraska maintains its lead with good serving, getting four Kentucky's best player, Leah Edmond, has been hit for 10 attempts.

Foecke's first two kills of the match were on back-row kills,

In the second set, Nebraska had another good start, sprinting out to an 8-2 lead. Nebraska in the set, but it lasts to maintain the lead both times. Late in the set, Kentucky got its deficit down to 17-15. But Lauren Stivrins had back-to-back kills on the slide attack to surge ahead. Nebraska finished off the set and the 2-0 match lead by winning three of the final four rallies. Foecke had a block on set point.