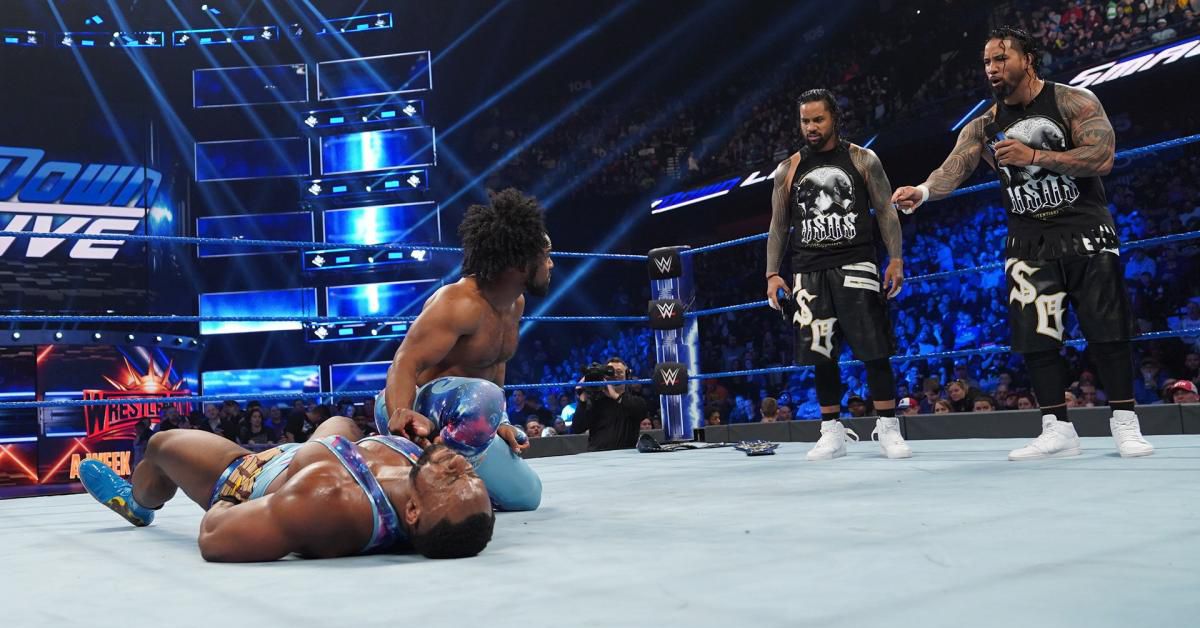 There was not much wrong with the WWE cover story that SmackDown shared last Tuesday. Brothers stayed together, hard work paid off, and Kofi Kingston goes to WrestleMania.

But there is a part of this story that really stayed in my memory. That's partly because I'm someone who pops up at the end of every NHL playoff series for the small, league-like moment when guys who've just played 4-7 games are tearing each other up and down the boards Shake hands. And that's partly because The New Day / Usos rivalry is one of my favorite WWE activities.

When Jimmy & Jey's music hit I said in the offices of Cageside that I thought they were going to lie down for Kofi. But I do not think I really thought it would happen. WWE will look beyond continuity as needed, and the absence of menacing Tag teams in the SmackDown squad that Xavier Woods & Big E must fight for is considered a necessity. And if the current and six-time champion had said, "We respect you too much to lie down," that would have worked for me as well.

But with the themes of fraternity and loyalty on television history (and the theme of overcoming historical and potential current racial discrimination addressed online), The Usos, who this time left New Day out of prison for respect, was perfect.