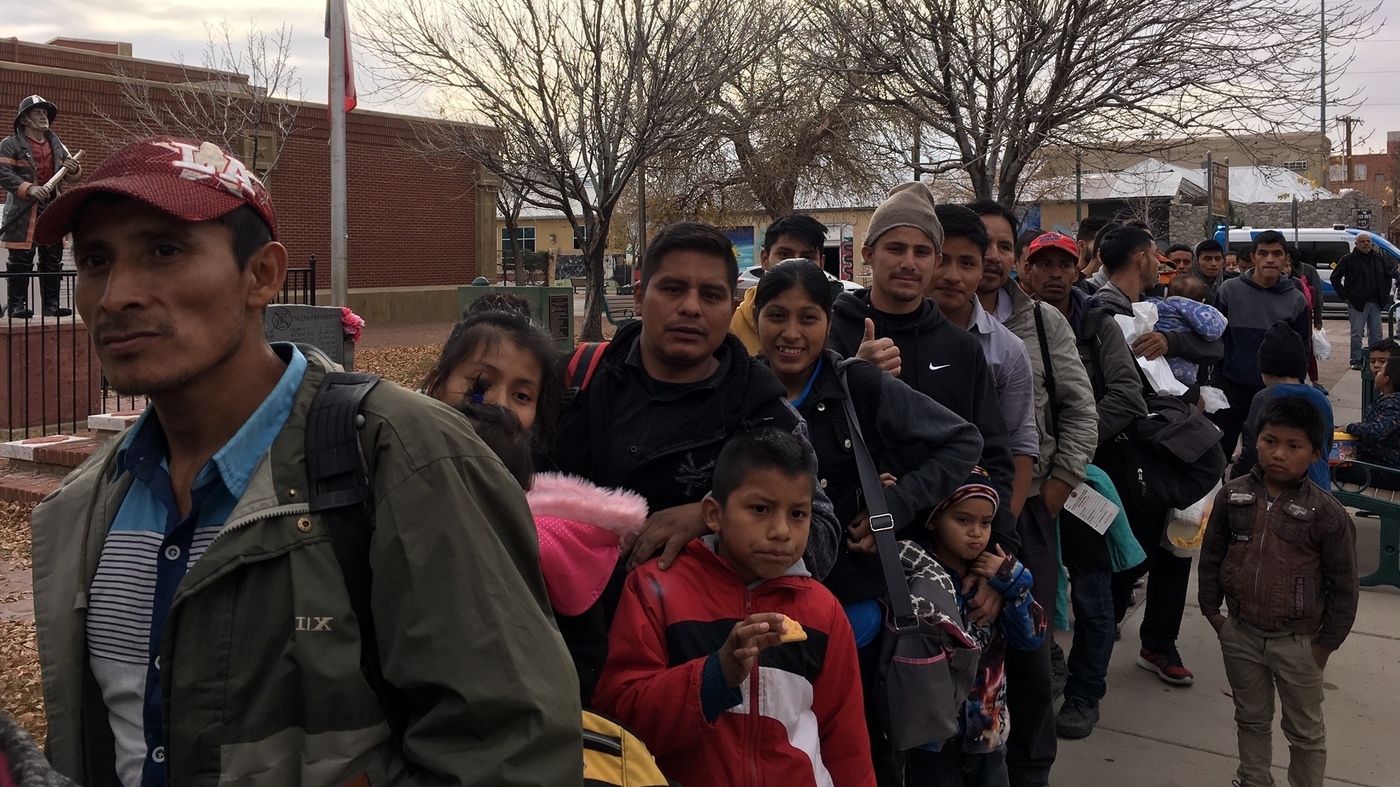 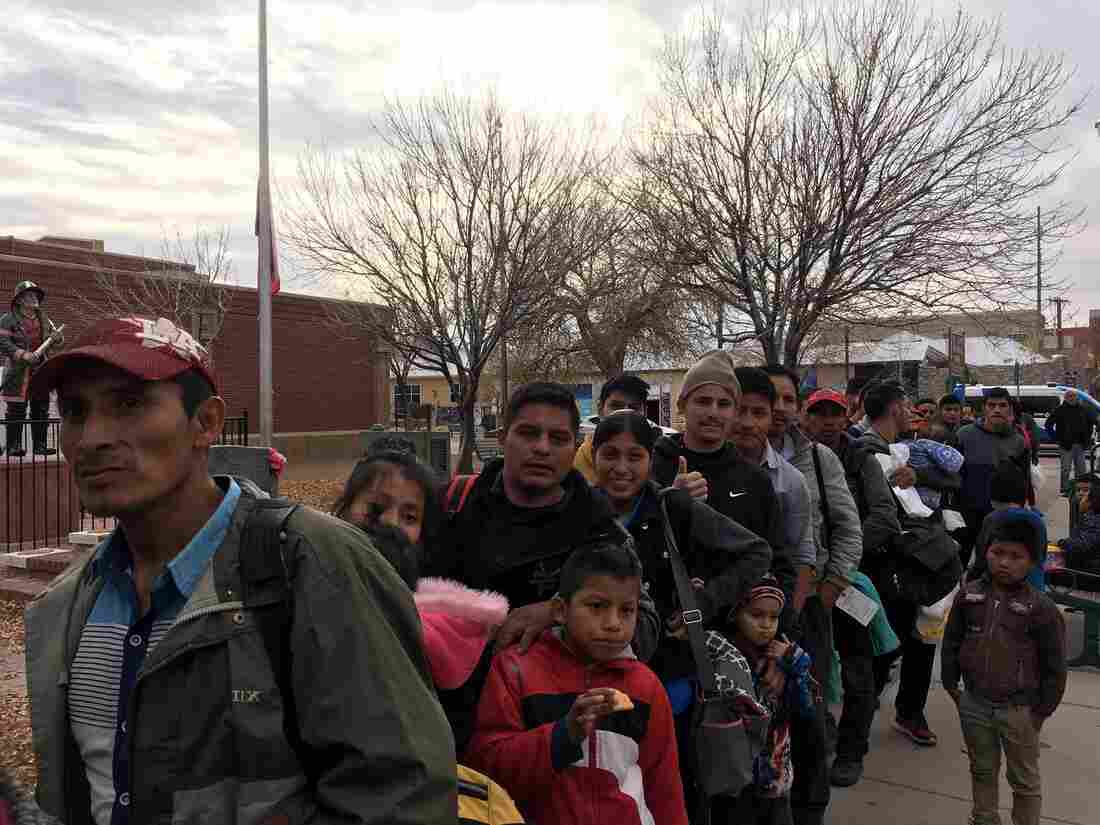 Recently released from ICE jail, migrants line up to board a bus to take them to a shelter on Christmas Day.

Recently released from ICE jail, migrants form a line to board a bus to take them to a shelter on Christmas Day.

For the third consecutive day, immigration and customs officials released hundreds of asylum seekers in a park near a bus stop in downtown El Paso. The comparisons with Mary and Joseph who wandered the streets of Bethlehem seeking protection are inevitable for dozens of volunteer helpers who have come to the rescue. Especially on Christmas day.

"Last night, I kept pondering the phrase:" There is no room in the tavern, we have to do something. Kathryn Schmidt, a social worker who co-founded the Borderland Rainbow Center, an LGBT community, told NPR.

"I grew up Catholic … So it seemed like child's play – there are people who are hungry and have no shelter …" "And it's Christmas," Schmidt added.

From Sunday to Christmas Eve, the ICE dropped about 400 migrants near the Greyhound bus station, with no apparent plan for the men, women and children.

Typically, ICE coordinates with local shelters when the agency's processing centers are overloaded. This time, however, ICE had not contacted them in advance and continued to bring the largely Central American immigrants to the public park, reliant on generous strangers who had come in droves to distribute food, water and blankets when the temperature dropped in the 40s.

But on Christmas afternoon, when 134 immigrants were released by federal officials, the ICE had resumed communication with local relief organizations to transport the migrants in nearby accommodations.

It is unclear why the ICE has stopped coordinating efforts with conservation groups and immigration lawyers. Officials could not respond to NPR's calls for comment on the closure of the government.

An automated email response from the agency said, "All ICE public affairs officers are out of the office for the duration of the government's quit." We're In During This Time I Was Unable to Respond to Media Inquiries Because We

Dylan Corbett, head of a local aid group called the Hope Border Institute, told the NPR that one of the ICE authorities present at the scene said, "I have a heavy heart, I'm human but I follow orders. "

Also on Tuesday, an eight-year-old boy from Guatemala died as a second child this month when he died in US Customs and Border Patrol.

The boy, whose name was not released, died shortly after midnight in In a hospital in Alamogordo, New Mexico

MEP Beto O'Rourke (D-Texas) told CNN that the ICE is expected to lose another 200 on Wednesday, bringing the total to four over four days. [19659008] Released migrants face a backward immigration court at a later date, some travel to relatives in other countries in the country.

Dawn Vigil, teacher at the University of Texas, USA El Paso helped transport migrants from the shelters to the bus station and described what it was like to meet the families face to face: "Heart-rending and heartwarming at the same time."

"You look at it Social media lets you read about it … but actually being a witness is incredibly powerful, "Vigil told NPR, adding," That just brought me full of love. "