ICE is hiring nearly 200 more migrants to El Paso, but this time local charities have been informed in advance 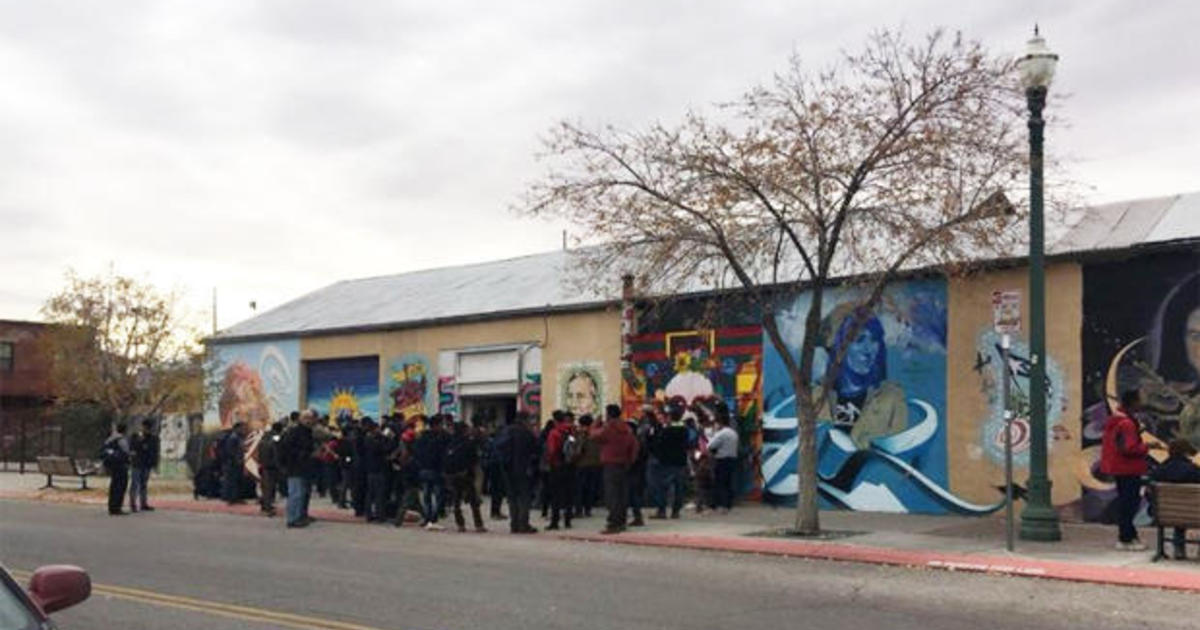 Ruben Garcia of the announcement house in El Paso told CBS News that 518 migrants had been released Wednesday by US immigration and customs officials in El Paso and Las Cruces, New Mexico. This brings the total number of people released this week to over 1,000 after 186 people were released on Christmas Day and 400 in the two days before Christmas.

Garcia said another 500 could be released Thursday: "It should be organized and tidy as it was today," Garcia said.

Local nonprofit groups told CBS subsidiary KBDC that the key difference earlier this week was that they were notified by ICE prior to mass release on Tuesday. This was the group and US MEP Beto O & Rourke, who represents El Paso. This had not happened before.

Therefore, the nonprofit organizations were a little more prepared for the large influx.

"They come from immigration cells, so they come hungry, they come thirsty, most have not bathed for a long time and the situation is really difficult for them, "said Dylan Corbett, managing director of the Hope Border Institute.

ICE said statement in a statement earlier in the week Publications were designed to ensure that families were no longer held in detention when they were allowed to detain them, and they accused them of "decades of inaction by Congress," which added "The government has been severely restricted in its ability to detain and detain unlawful undocumented families in the US"

The immigrants released on Tuesday from the ICE were dropped off at a bus station in downtown El Paso Then they were led by volunteers to a makeshift headquarters at the Rock House Cafe and Gallery, one block away.

"That's what it's about giving, that's what it's like to take people into your home and spend time with others," said Michael Patino, owner of the facility.

"We did something for (the migrants) for breakfast, we went to buy some bread and my sister went into her cupboard to look for things we could give away, we are here to give what we have "Michelle Sanchez said.

Sanchez, herself an immigrant, told KDBC it was her duty to give back and said, "If you can do something for people, if you can give something to people, just do it." We do that and that we're trying to do here, "said Sanchez.

One of the migrants said, "It's unreal, like a dream, they gave us clothes, food, I really did not expect it, thank you."

O & Rourke said about 500 migrants are expected released on Wednesday. [19659003] After waiting in the café, the migrants were taken to local shelters in city buses.