In the Tree of Life a battle rages 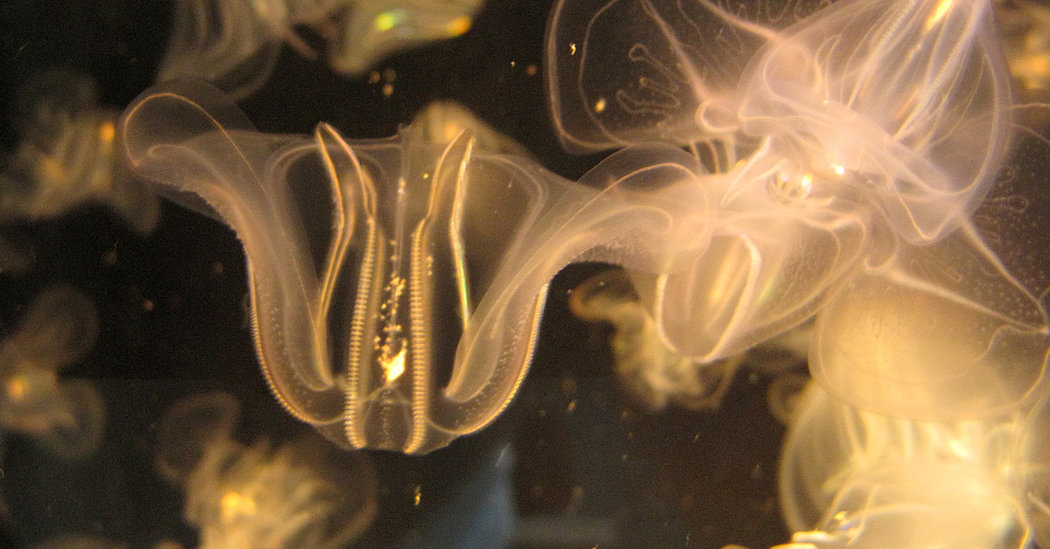 Over the last decade or so, at least on the pages of scientific journals, the two groups have been engaged in an angry struggle. At stake is a noble place in evolutionary history: the closest living analogue of the very first animal. A new analysis, published Wednesday in Royal Society Open Science, gives the sponges back the victory although more bouts are sure to come.

All animals, from sponges and comb gels to humans and other mammals, share certain characteristics: we are multicellular, our cells have nuclei and we consume food rather than produce it. We also all have a common ancestor who lived in the oceans at least 550 million years ago and shared these characteristics. But nobody knows exactly how this first animal looked or how it lived.

Therefore, scientists are studying existing species to illuminate the founder of the animal kingdom.

I'm trying to figure out how the ancestor was, "said Antonis Rokas, an evolutionary biologist at Vanderbilt University. "How complex was it? Which genes did it have and which characteristics? "

For years, most researchers agreed that sponges were the sister group of the first animals, indicating a simpler, more spongy ancestor. In 2008, however, a genetic analysis pointed to the Kammgelees. Since then, a number of experts, including Dr. Rokas found support for the theory of comb gels, while other new genetic studies still point to the sponges.

Claus Nielsen, a morphologist affiliated with Denmark's Museum of Natural History and author of the new work, has followed this controversy, which has been fully developed during his retirement, with great interest.

"I am 81 years old and a zoologist since my 20s," he said. "My whole concept of the animal kingdom would collapse with this first idea of ​​ctenophores."

"I think of living organisms," he said. "I think about how they work, how they react to the environment, how they feed, how they reproduce, and so on." and molecular properties. He then picked up on two possible evolutionary scenarios – one in which the first branched of the pores and the other in which ctenophores branched – and explained what features the relevant groups would have gained and lost in each way.

The two tell two very different stories. Sponges do not move fast and can only eat tiny particles. Thus, the first scenario of poriferans leads to a gradual increase in complexity as later groups acquire things like the digestive and nervous systems.

In contrast, comb gels already have a nervous system and can eat krill, amphipods and even each other. If the ctenophores developed first, it means the sponges gave up these things.

"Losing the ability to digest larger organisms – for me that's nonsense," Dr. Nielsen.

Many do not agree. Joseph Ryan of the University of Florida, who believes that ctenophores come first, argued that evolutionary trees, which themselves are based on the most careful morphological studies, are often less rigorous and objective than those based on genetic data, and that the scenarios Dr. Nielsen appearing impossible are as feasible as those presented in his study.

"All lines continue to evolve," Dr. Ryan, adding that loss of traits in evolution is common.

Dr. Nielsen responded that phylogenetic studies also involve subjective choices and that the loss of a beneficial trait is at odds with natural selection.

While the fight is raging, deeper problems are emerging. The controversy is "bigger than the usual issues that biologists are dealing with," said Davide Pisani, a professor of phylogenomics at the University of Bristol in England. "Take the Nervous System: This is the key system that is ultimately responsible for our own consciousness. When and how often has it developed? The answer was, "Has effects that go beyond science and lead to philosophy. "

Dr. Nielsen is also concerned by a broader concern.

"If you just look at the molecules and do not think about the morphology and the function of organisms, then I would say that it's not biology anymore," he said. "I know some people do not want me to say that, but I think so."