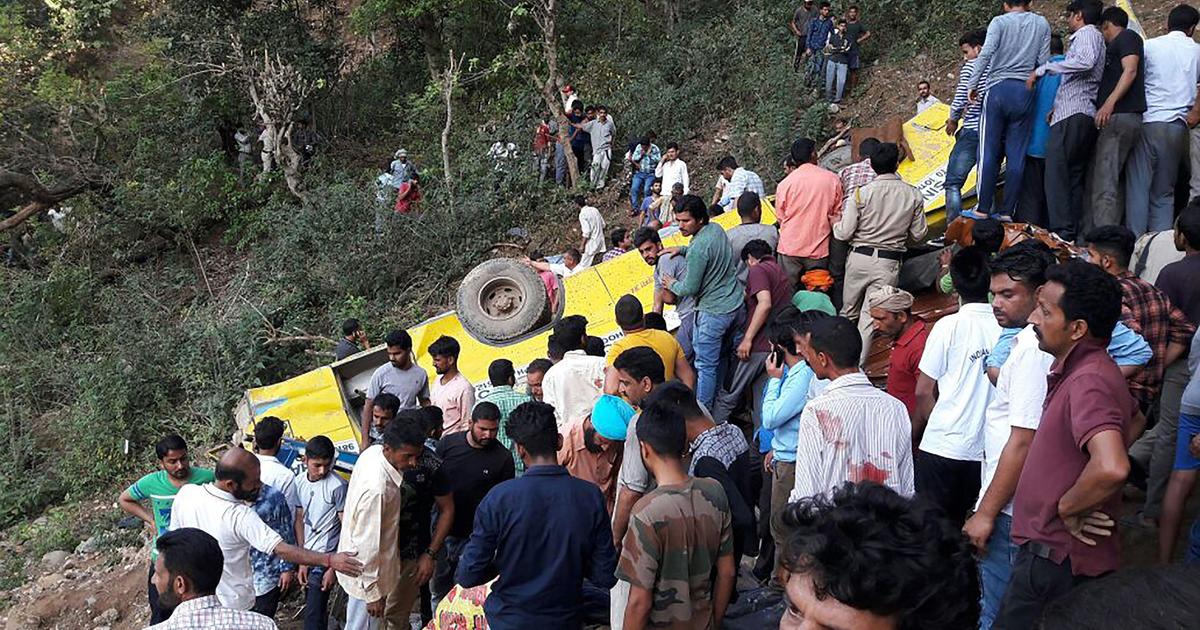 A 10-year-old boy tells the story of his escape from a tragic school bus accident that killed four adults and 23 children . Ranveer Singh was thrown through a window after the bus rolled about 25 feet, according to the Hindustan Times, an English-language publication in India.

"I heard a loud bang and the bus rolled down the hill," said the boy. "Just then the window broke next to my seat and I and a girl sitting by my side fell out."

He said that he "looked at a passing bicycle" the moment it happened.

The bus crashed off Mountain Road Monday into a deep ravine in the foothills of the Himalayas. The accident occurred in the Kangra Valley, about 300 miles north of New Delhi.

Initial reports showed that the bus driver accelerated as he brought the children home and lost control at the edge of the gorge. According to police officer Sunil Kumar, the bus fell about 200 feet down.

However, officials said it was difficult to know the cause of the crash for good until they learned more details and talked to survivors, The Times of India reported.

Among the dead were the bus driver, two teachers and another woman, officials said. At least 10 children were hospitalized. Ranveer was taken to a hospital in Nurpur, the Hindustan Times reported.

The search for survivors ended late Monday night, with the bodies of the dead lying on the concrete floor of the Nurpur morgue, covered with sheets.