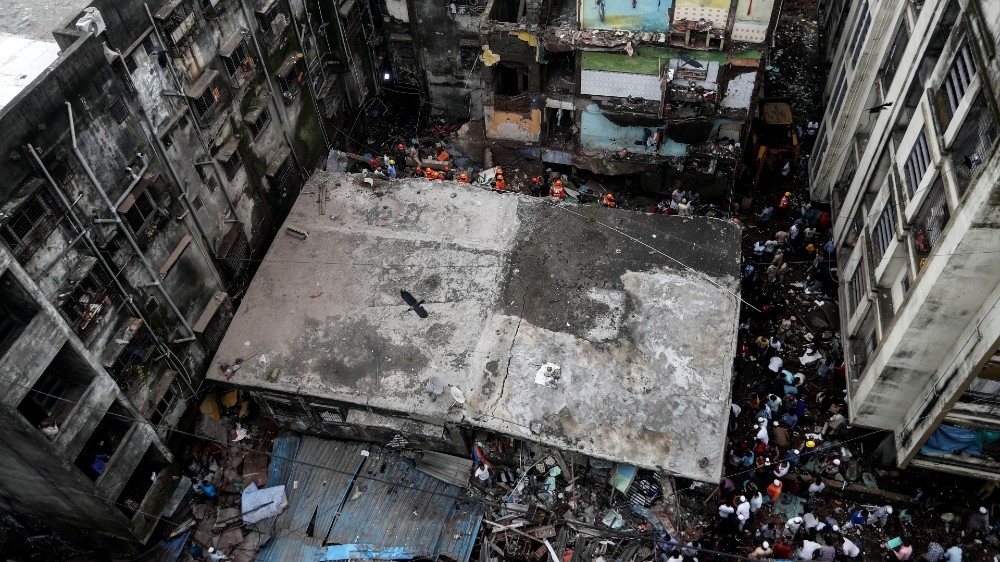 A three-story building on the outskirts of Mumbai collapsed in the early hours of the morning when residents slept in it, killing at least eight people, according to local reports.

Another 20 to 25 people are reportedly trapped in the building in Bhiwandi, Satya Pradhan, chief of the National Disaster Response Force (NDRF), said in a tweet on Monday.

0 GMT on Sunday), according to local authorities.

The television showed a heap of rubble with rescuers climbing ladders to get to someone who was still inside and using dogs to search for survivors.

The Indian Reuters partner ANI quoted the spokesman for the Bhiwandi Municipal Corporation as saying that eight people were dead.

The building was on a list of dangerous buildings and an eviction notice has been published, the Times of India reported, citing Pankaj Ashiya, a commissioner for the Bhiwandi-Nizampura urban society.

At least 13 people were killed last month after a five-story building collapsed in Mahad, an industrial city about 165 km south of Mumbai.

In 2017, data from the National Crime Records Bureau showed that more than 1,200 people were killed in building collapses nationwide.