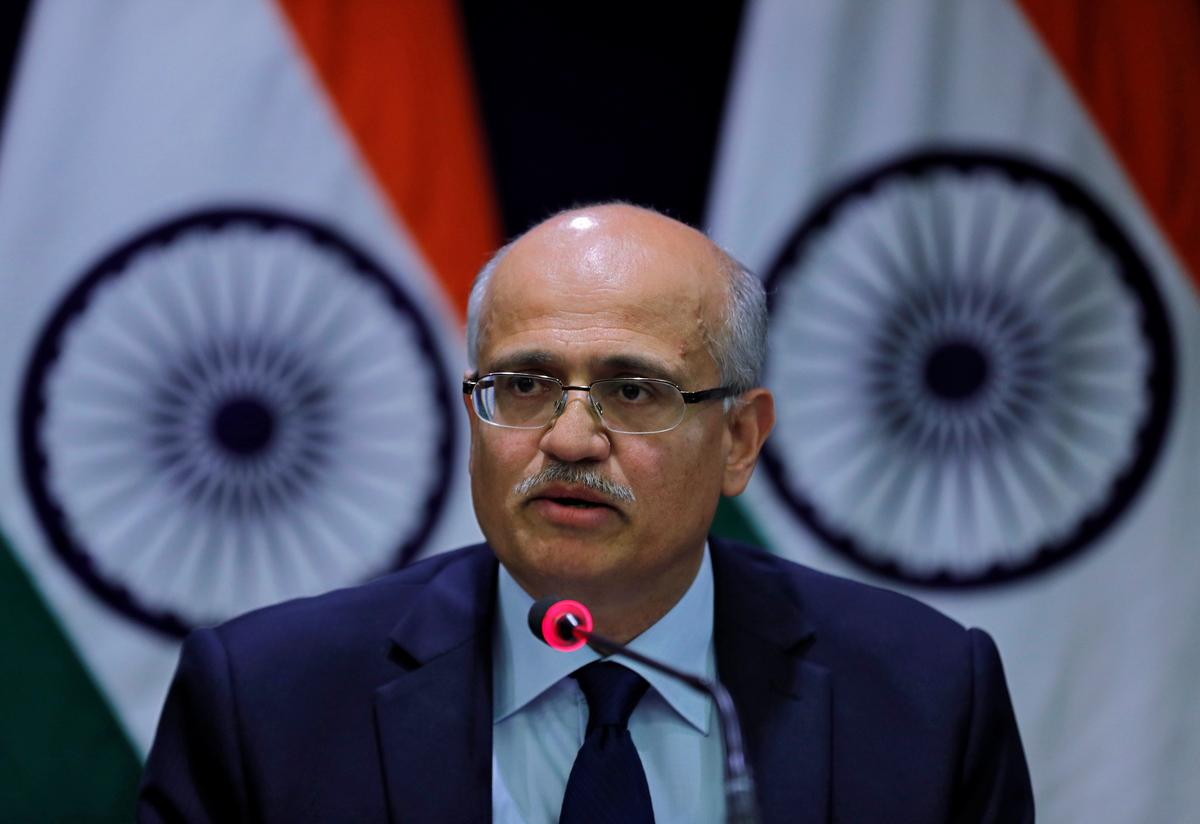 ISLAMABAD / NEW DELHI (Reuters) – Indian jets carried out airstrikes on Tuesday against a militant camp on Pakistani territory, the Indian foreign minister said, and an Indian government source said 300 militants had been killed, but Pakistan denied it was there died losses.

The action was ordered when India announced that Jaish was planning further attacks.

"In the face of immediate danger, a preemptive strike was absolutely necessary," said Vijay Gokhale, India's highest diplomat, to reporters.

"The existence of such training facilities capable of training hundreds of jihadis could not have functioned without the knowledge of the Pakistani authorities," Gokhale said.

Pakistan denies hosting the JeM, a predominantly anti-Indian group linked to al Qaeda and has been on the United Nations terror list since 2001

. In December 2001, Jaish fighters fought alongside members of another Pakistani militant group, Lashkar-e-Taiba launched an attack on the Indian parliament, which almost resulted in both countries going to war for the fourth time.

Gokhale said that "a very large number" of militants were killed in a strike at a training camp in Balakot, a town in a remote valley in the Khyber Pakhtunkhwa province of Pakistan, but did not provide a precise number of casualties.

The commander of the camp was Maulana Yusuf Azhar, a brother-in-law of JeM leader Masood Azhar, Gokhale said.

A senior Indian government source said 300 fighters had been killed in the strike. However, no details were given.

Pakistan downplayed the severity of the air raid and said its own fighter jets had been driven off Indian planes releasing their "payload" in a wooded area. They would have caused no losses and no serious material damage.

"Indian planes were invading the Muzaffarabad sector," Pakistani military spokesman Maj. Gen. Asif Ghafoor said on Twitter Tuesday. He referred to an area in the Pakistani part of Kashmir.

Ghafoor said "the punctual and effective response of the Pakistani Air Force" the Indian plane "released the payload in a hurry" when it escaped, which fell near Balakot. No losses or damage ".

Ghafoor tweeted four pictures of the alleged place where Indian aircraft unloaded a payload near Balakot, allegedly showing a bomb crater in a forest area, but no serious damage ,

The Pakistani villagers in the area where the Indian jets attacked said they heard four loud bangs in the early hours of the day, but reported that only one person was injured.

"We saw fallen trees and a damaged house, as well as four craters in which the bombs had fallen," said 25-year-old Mohammad Ajmal, who visited the site.

Pakistani Foreign Minister Shah Mahmood Qureshi said on Tuesday that "a better sense" should prevail and warned India not to demand Pakistan.

While Gokhale did not comment on the status of the camps, Indian State Minister of Agriculture Gajendra Singh Shekhawat said on Tuesday on Twitter, they have been "completely destroyed".

Mohammed Iqbal, a resident of Mendhar on the Indian side of the Line of Control (LoC), told Reuters he heard jets fly through the night.

Balakot is about 50 km from LoC, the ceasefire line of the de facto border in Kashmir, a Himalayan region that has sparked two of the three wars since the end of the two wars between India and Pakistan. British colonial rule in 1947. [19659002] Analysts have claimed that Pakistani militants have their training camps in the region, although Pakistan has always denied the presence of such camps.

The Indian markets fell on Tuesday amid growing tensions with Pakistan. The rupee weakened to 71.16 per dollar, compared to Monday's 70.9850. 10-year benchmark bond yields rose to 7.61 percent from 7.58 percent on Monday, while the broader NSE stock index fell 1.17 percent.

In recent years, there has been frequent fire over the entire LoC, but airspace injuries by jets are extremely rare.

New Delhi said After another major attack on the Indian security forces in Kashmir in 2016, their troops crossed the LoC to carry out a "surgical strike" on alleged militant camps in Pakistan-Kashmir. Islamabad denied that anything serious had happened.

Indian Prime Minister Narendra Modi, who is facing tough elections over the next few months, has praised a strong response to the February 14 attack, the deadliest single attack on Indian troops in 30 years of uprising in Jammu & Kashmir, India. Only Muslim majority state.

Pakistani Prime Minister Imran Khan denies that his country was involved and offered to assist in investigating the attack as to whether credible evidence was presented.