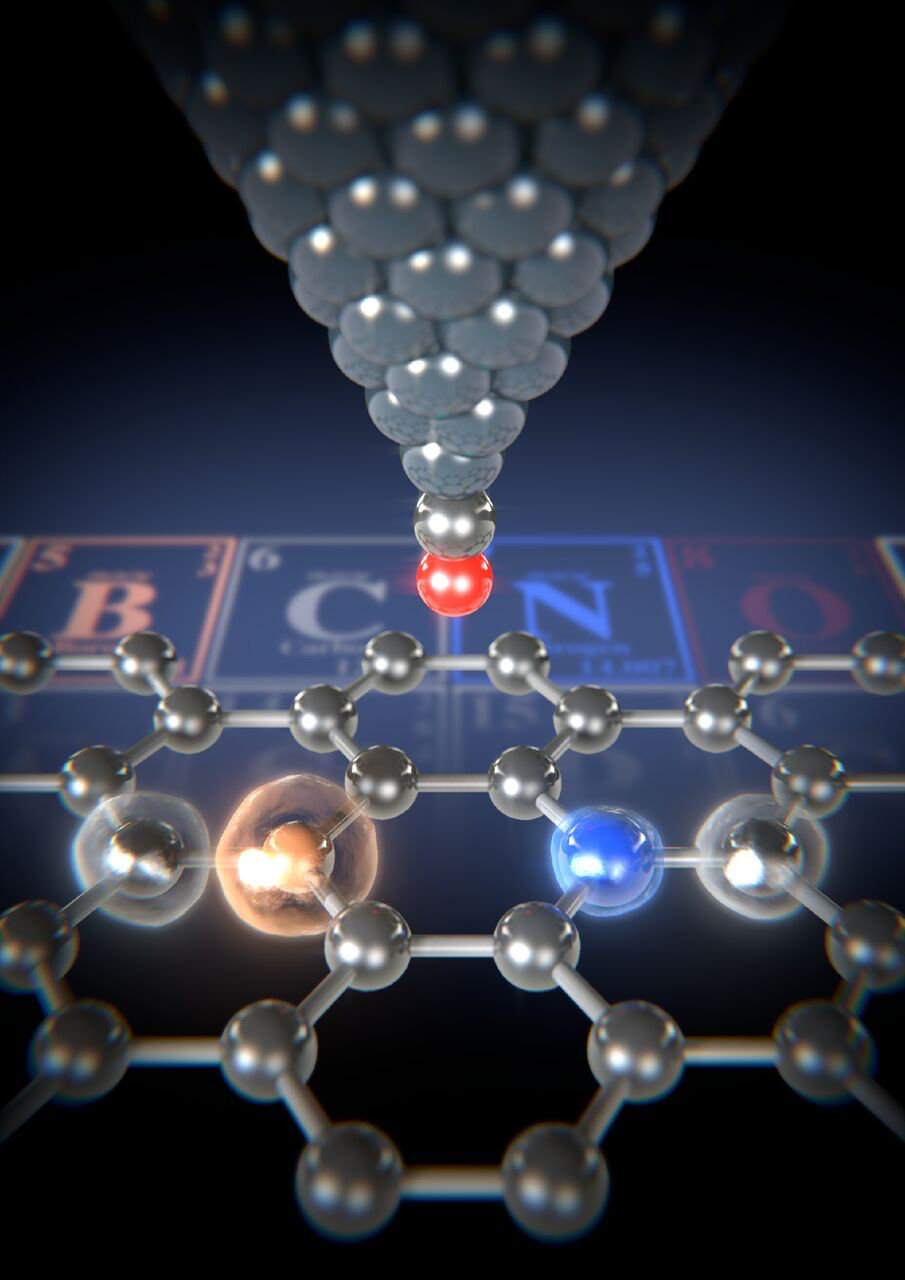 A team of physicists from the University of Basel has succeeded in using atomic force microscopy to obtain clear images of individual impurity atoms in graphene ribbons. Thanks to the forces measured in the two-dimensional carbon grid of the graphene, they were able to identify boron and nitrogen for the first time, as the researchers report in Science Advances .

Graphene consists of a two-dimensional layer of carbon atoms arranged in a hexagonal lattice. The strong bonds between the carbon atoms make graphene extremely stable and flexible. It is also an excellent conductor of electricity through which electricity can flow with almost no loss.

The characteristic properties of graphene can be further extended by including impurity atoms in a process known as "doping". The impurity atoms cause local changes in the line, which allow, for example, graphene to be used as a tiny transistor and to enable the construction of circuits.

In collaboration with scientists from the University of Basel and the National Institute for Materials Science in Tsukuba, Japan, at Kanazawa University and Kwansei Gakuin University in Japan, and at Aalto University in Finland, the researchers have specifically graphene bands with Generated and investigated foreign atoms.

They replaced certain carbon atoms in the hexagonal lattice by boron and nitrogen atom surface chemistry by placing suitable organic precursors on a gold surface. Under the influence of heat of up to 400 ° C, tiny graphene ribbons formed on the gold surface from the precursors, including impurity atoms at certain points.

Scientist of the team around Professor Ernst Meyer of the Swiss Nanoscience Institute and the University of Basel The Department of Physics investigated these graphene ribbons with atomic force microscopy (AFM). They used a carbon monoxide-functionalized tip and measured the tiny forces acting between the tip and the individual atoms.

Computer simulations confirmed the measurements and proved that the AFM technology is well suited to carry out chemical analyzes of impurities two-dimensional carbon compounds.